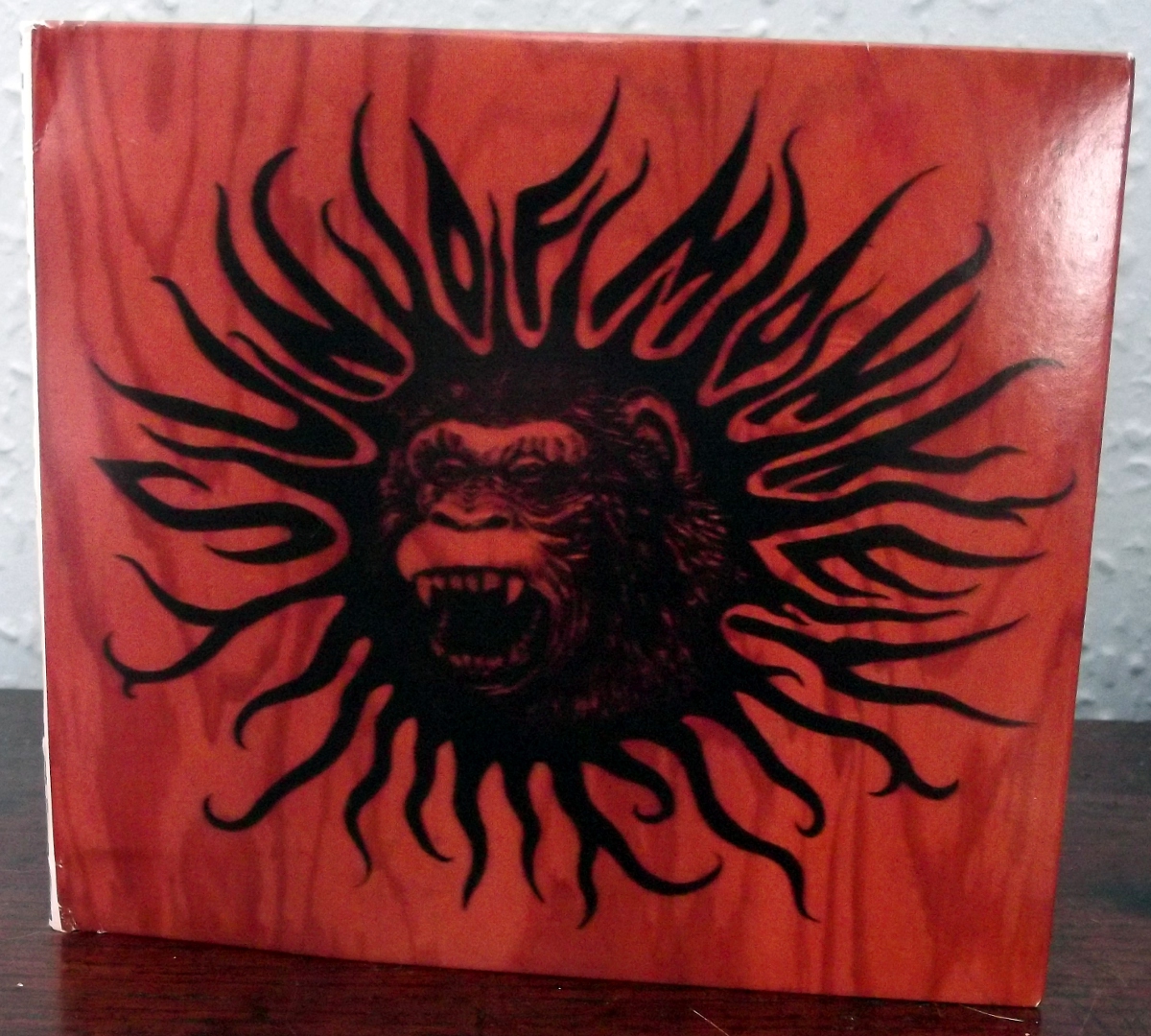 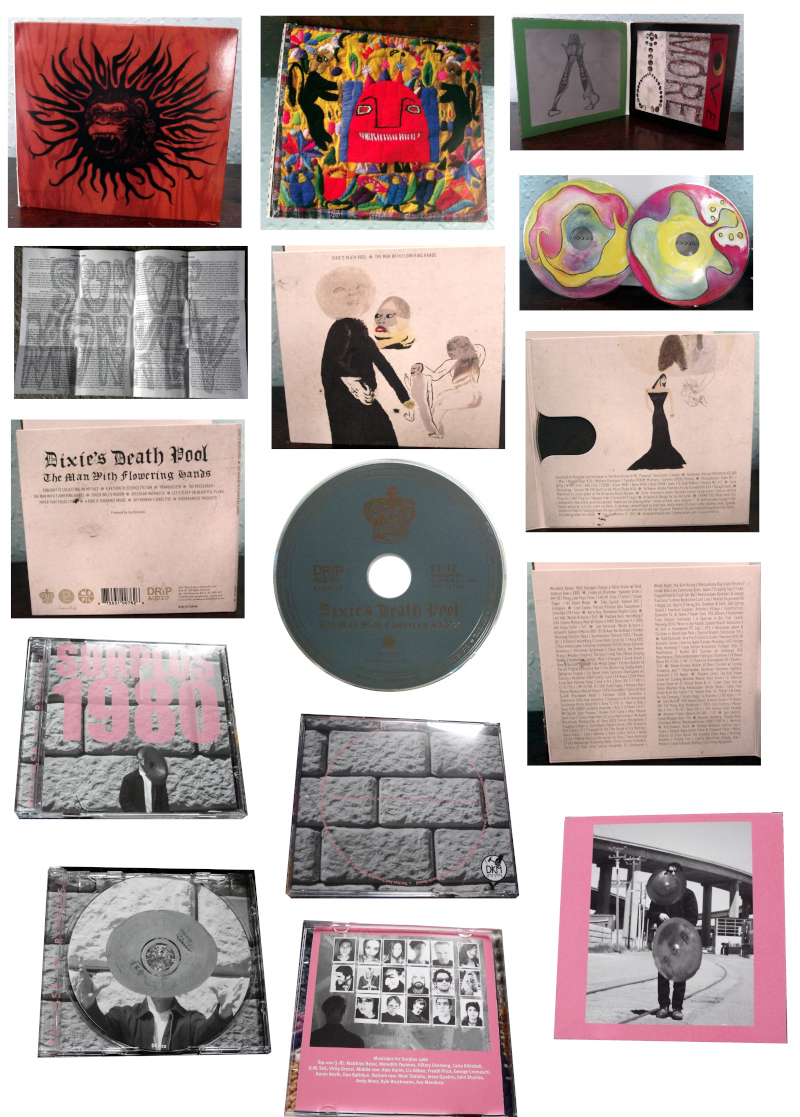 Tasty rum fish of the month from November 2011…a double CD it be, by Sun Of Monkey…arrived from Portland Oregon in the USA. Not especially experimental music nor is it trying to be, but Sun Of Monkey (DRAGONBONES RECORDS) is a good set of unusual and quirky songs played and sung with conviction and passion, delivered in a uniquely American homespun version of psychedelic rock, folk, blues, and Allman-Dylan-CSNY styled balladry. My preference is for the raunchy numbers like ‘Green Monkey’ where they come off like a third-division imitation of The 13th Floor Elevators (it’s mostly to do with the slightly demented vocals), but they also perform a version of ‘Ant Man Bee’ which uses the Beefheart lyrics to a tune of their own making. There’s a ten-minute epic workout on the second disc called ‘Eeeee’ which should appeal to fans of The Grateful Dead circa 1972, and ‘Lucia’s Lice’ is a surreal lyric underpinned by surly guitar-grunge fuzz riffing. It’s the singing voices that are mixed upfront though, and there’s a lot of warmth and honesty in the massed crooning throats of this band, even when tackling a dirge-like ballad of melancholy proportions in a minor key setting. They appear to be currently located in San Francisco and the exact personnel is hard to identify, as most of the players go by first names or nicknames only. “We never turned down or missed a gig,” is the proud declaration of the author of the sleeve notes, who stresses the spontaneity and outlaw nature of this band with their “no rules, no set lists, no patience for the norm”. Their drummer Rob Aiman had a hand in the cover artworks, and those in serious need of more product along these lines might care to investigate their triple-CD set from 2009, The Very Best Of The Year Of The Rat.

Since they believe strongly in their songs and lyrics, Sun Of Monkey have not tried to cultivate an especially unusual sound, but Dixie’s Death Pool has gone out of its way to do just that. Listeners who seek incredibly artificial, mannered and highly crafted studio song work should bend an ear to The Man With Flowering Hands (DRIP AUDIO DA00762). Mostly the work of Lee Hutzulak, the musician with the vision who works overtime in his Vancouver studio, joined by numerous guest musicians who wander in to contribute instrumental sections as needed. An indescribable musical montage results, a kaleidoscopic melange replete with elements of jazz, ambient, pop music, electronica, loungecore, acoustic folk music, pyschedelic dreamery, and more. Hutzulak has a labour-intensive working method, and this album took many years to complete; a song typically starts life as an improvisation, not a written composition, and he undertakes a lengthy process of adding and subtracting elements as he sees fit. It’s about trying things out through overdubs, layering, remakes, dropouts, and elaborate mixing techniques; clearly the studio is one of his most important compositional tools. That hasn’t stopped him from listing all of his devices inside the cover, and the lengthy column of text indicates he’s a real musical omnivore who veers freely from high-tech recording equipment to conventional keyboard and percussion instruments by way of junkyard debris and detritus. Someday, someone will read these lists with as much interest as they would the shopping lists of James Joyce. The finished record has much to recommend it, even if I find myself admiring the studio craft more than I enjoy the music; where the album starts off suggesting we might be about to enjoy a 21st-century update on 1960s studio pop meisterwerks such as Curt Boettcher’s Sagittarius or The Millennium, The Man With Flowering Hands gets progressively more sinister the more we’re sucked into it. At his best, Hutzulak achieves a thrilling blend of baroque overwrought darkness with sweetened pop melodies, the lyrics usually delivered in his half-whispered sleepytime mumbling vocals, such that we seem to be eavesdropping on the secret thoughts of a near-obsessive mind. His cluttered recordings are like an untidy attic, the private space of a compulsive hoarder. The artworks on the cover are his too; like the music they have this appealing half-finished quality, odd images accumulating where they will on the page, without much apparent logic.

Dixie’s Death Pool is a triumph of introversion and self-contemplation, two watchwords which are clearly not to the forefront in the psychological vocabulary of the Californian polymath Moe! Staiano. In December he sent us Relapse In Response (DEPHINE KNORMAL MUSIK DKM12), a new studio CD by Surplus 1980, his latest band which plays a highly energised form of art-rock music informed by punk, post-punk and the sort of complex avant-rock favoured by Chris Cutler’s ReR label in the 1990s. Staiano drums, sings, plays bass and guitar and pushes each song along at a frenetic rate, but it’s pleasing that he keeps time with the rigidity of a stainless steel kitchen unit; no free-jazz, loosely defined time signatures for him, as he effortlessly drums his way through compound triple metres and half-bars. And he’s joined by some topnotch extroverted and half-mad musicians who redefine the meaning of “chops” with their jazz-influenced crazed noodling. The lovely Ava Mendoza plays guitar on almost all the cuts – her solo guitar album Shadow Stories is one of my most treasured items of recent years. There’s Liz Allbee on trumpet, whose bizarre and unsettling solo records for Resipiscent are essential listening for any disaffected soul. Plus there’s members of Staiano’s other bands Mute Socialite and Sleepytime Gorilla Museum, and a cameo from Andy Moor of The Ex. It’s true that most of these cuts tend to be dominated by bass, drum and guitar, and the relentless percussive drive makes this album an exhausting listen, but Staiano and his crew are explicitly setting out to make their version of a punk rock album, paying homage to some of their favourites from the 1980s such as The Nightingales and Dog Faced Hermans, and they even record covers of songs by Bogshed and Diagram Brothers, two English post-punkers who are personal favourites of mine (and I thought they’d almost been forgotten about). The triumph of Surplus 1980 is to render this spiky punk music with ultra-precise and energetic drumming, entire choruses of singers belting out manic utterances in the requisite shouty manner, and the unusual voicings provided by the woodwinds, brass and violins, instruments which were clearly not meant to be used for playing this sort of music. This latter strategy really pays off on ‘The Mechanics of Mathematical Courtings’, an unbelievable composition where the intense string section attacks you with the force of a thousand Bernard Herrmann film scores, and the fast-paced time signatures just defy all rational possibility. This one shows Staiano at his most Zappaesque, and it’s a tune that would fit right in on Burnt Weeny Sandwich, if only The Mothers of Invention could have played it. This release is also available in a vinyl edition with a bonus seven-inch included.