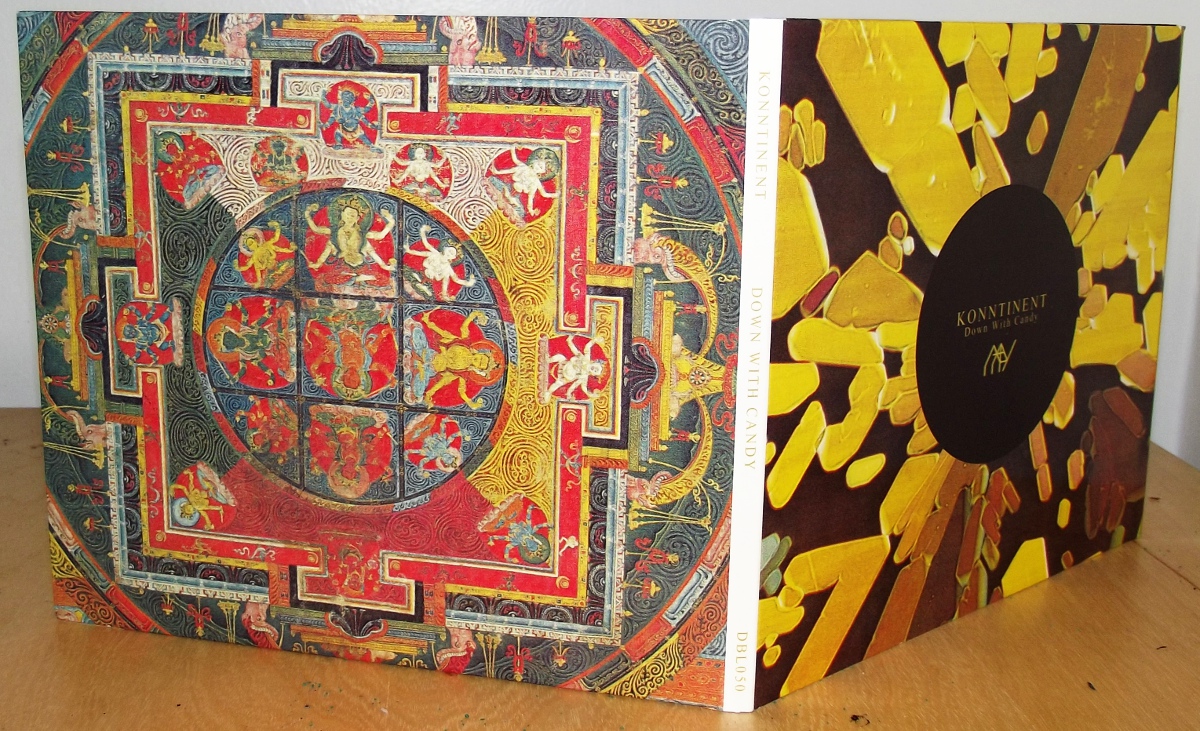 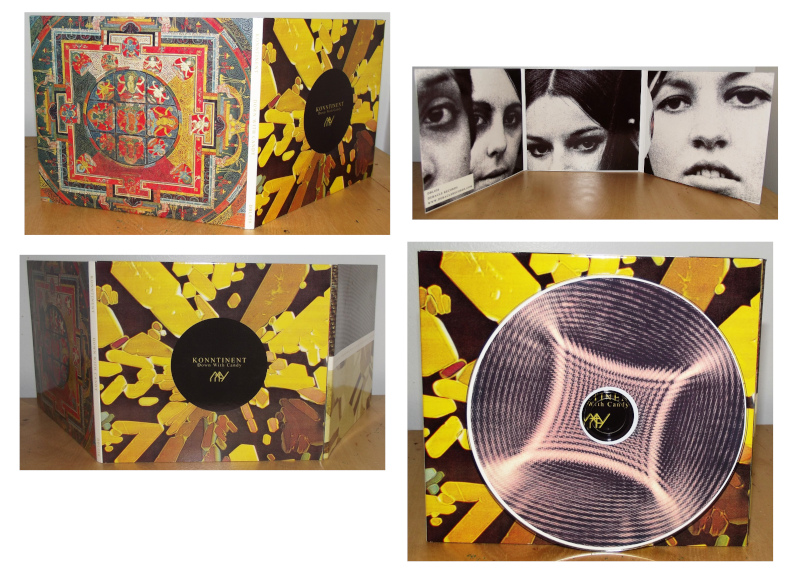 It doesn’t sound at all like a live album yet Anthony Harrison aka Konntinent, writing on his blog, assures us that it is. The music is a collection of single-take live session recordings done with guitar, synthesisers, a drum machine, field recordings and a mixing desk with the recordings split into two lots by one week’s break in Miami. Whatever actually transpired, Down With Candy is the result and it’s a good result too: the album is a very synth-dominated work with a strong trippy vibe and dark, inward-looking moods. As an all-improvised set, Down With Candy certainly has sections that could have done with some editing and tightening of sounds and their inter-play with the album’s space – there is a slight self-indulgent feel at times – but it has a strong and confident sound that borders on the epic and great.

The album should be heard as one continuous opus (it’s just over thirty minutes long) but if you insist on hearing it as five separate tracks, the music does divide into five distinct pieces. One highlight is “Red Lion”, the only beat-heavy piece, sounds very like a nostalgic pining for a past Golden Age of space synth rock before Kraftwerk coughed up their sleek European disco melodies. This is followed by a mysterious, amorphous elegy to hi-tech technopolises, the curiously and maybe cryptically named “New Neo Tokyo / From the Beach, Odaiba Bay”: this is a ghostly trip filled with shadows and wraiths hiding amongst the reverb-clothed beats and flailing synth whirls and washes. The album then continues in a more cheery, spaced-out mood that might reflect Harrison’s whiskey-fuelled state.

Proof yet that there’s plenty of retro yet surprisingly fresh, vibrant and emotional Kosmische Musik life still untapped in those old analog synth machines: they just need an Anthony Harrison with plenty of alcohol down inside him to unlock the safety combination and let all those old sounds and melodies come tumbling out.