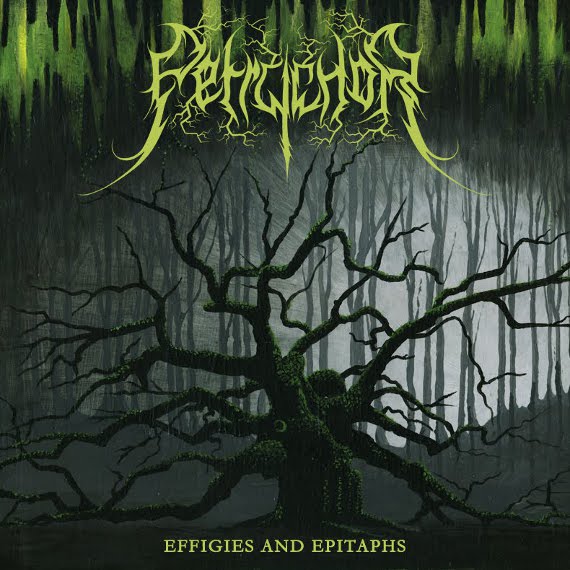 The set under review includes the Effigies and Epitaphs album proper plus the Dryad EP. The dominant music is speedy and furious raw black metal with grim vocals that arise and fade back into the music and which are not always clear, and pummeling drums that may be programmed. What sets Petrychor apart from many other black metal bands relying on blastbeats is the forays into melodic acoustic guitar music that seems flamenco-influenced; this happens at least and more often twice in most tracks. The soft music invites melancholy, contemplation and lament at the destruction humankind has inflicted on natural environments around the world and their replacement by grey soulless worlds of concrete and steel.

After a short introduction of soughing female voices, Petrychor plunges straight into frenzied blastbeat-dominated black metal punctuated by those episodes of flamenco guitar noodling. The music tends to build on itself, up and up, until we reach “Of Grandest Majesties”, begun with sparkling liquid guitar melody and further charging into more angry black metal boasting a galloping blues rhythm and a spirited lead guitar solo. The maelstrom pauses for a brief while for some intense acoustic flamenco guitar strumming.

The music continues to build until “Seared, Sundered”, an incessantly raging harangue against the encroaching human plague upon forests and plains, mountains and lowlands and their conversion to superhighways and buildings. Outro track “Behind Highway and Street” might suggest a resigned accommodation to the rhythms of industrial society but blasts of black metal here and there hint perhaps at a future resurgence and reassertion of nature in those parts of the cityscape least expected to give rise to the natural world’s vengeance; the feeling on this track is very positive and defiant.

The Dryad EP presents a side of Petrychor that’s more ambient and moody than “Effigies and Epitaphs”. The title track is not greatly different from what’s found on the album proper but the track following, “Gamma Leonis”, is a sedate, luxurious-sounding piece with piano, cymbals and a high-pitched shrilling guitar: even the black metal sections have a majestic, lush feel. “Of Salt and Sky” is another surprise altogether: a solo mandolin melody, plaintive and sparkling in its loneliness, is menaced by a sinister droning presence in the background.

Combining acoustic flamenco guitar with black metal works well but the novelty does wear off quickly and the tracks on “Effigies and Epitaphs” aren’t very different from one another. The best piece of the entire set is “Gamma Leonis” for its distinctive, slightly decadent style.

At this time of posting (April 2012), Effigies and Epitaphs and Dryad were the only releases Petrychor had but there is an associated ambient act Carbonscape. 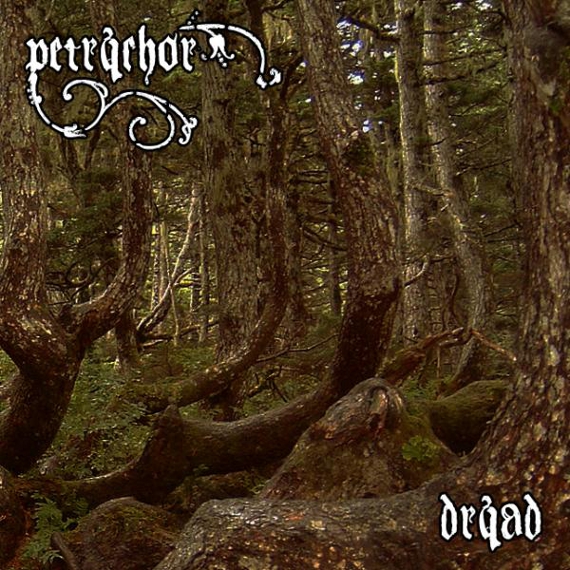