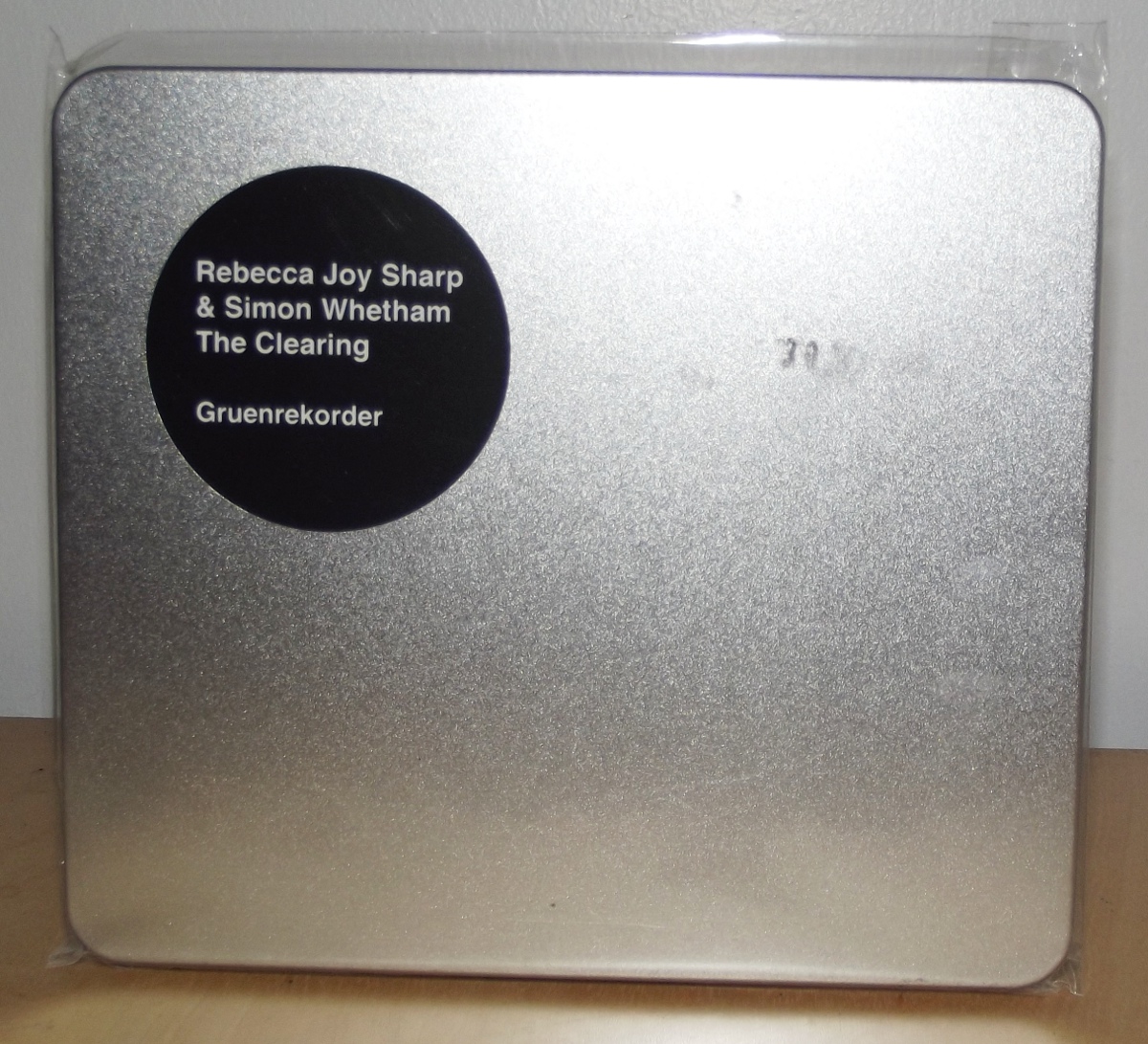 A very pleasant and relaxing recording of Rebecca Joy Sharp playing her Celtic harp in Sefton Park in Liverpool – that’s Liverpool in the UK, not Liverpool in Sydney, Australia, which happens to be a few train-station stops from Sefton! – surrounded by a chorus of birds that engage in a call-and-response conversation with the musician. Sharp’s approach is to be very minimal and spontaneous and to allow the birds and other creatures in the park plenty of opportunity to respond to and comment on her disarmingly simple, almost koto-like plucking. While she was playing, Simon Whetham set up microphones around her to capture the sounds of the harp, the animals in the park and the sounds of the city around the park as well. In the distance, the squawking of seagulls and the rumble of the sea can just be heard. Remarkably few traffic noises can be heard but Sharp was performing very early in the morning before dawn.

Sharp does not play any melodies except in track 5: nearly all her notes are played in response to the birds’ singing and so her harp blends in with the noises the creatures make. The whole recording sounds very New Agey but without the cliches associated with New Age music – you know, the faked warmth and overdone soothing trance synth music layered over (or drowning out) what passes for “tropical bird” noises. There is one amusing moment during the CD where a couple of foxes start squabbling and scrap with each other. Near the end of the recording, there’s a brief rain shower which, though it must have been unpleasant for Sharp and Whetham, actually closes off the music like an ambient silvery curtain.

Admittedly this music is not my shot of speed-juice and it seems more appropriate for a music library patronised by DJs and record producers wanting some spring-time ambience for a recording. There may be TSP readers who want some pleasant meditative music that’s not actually billed as music for meditation or for solitude, and this recording will be just right for those people: it’s gentle and quite emotional in parts, and if you allow yourself to melt into the recording, you are certain to find parts of it very uplifting and joyful.