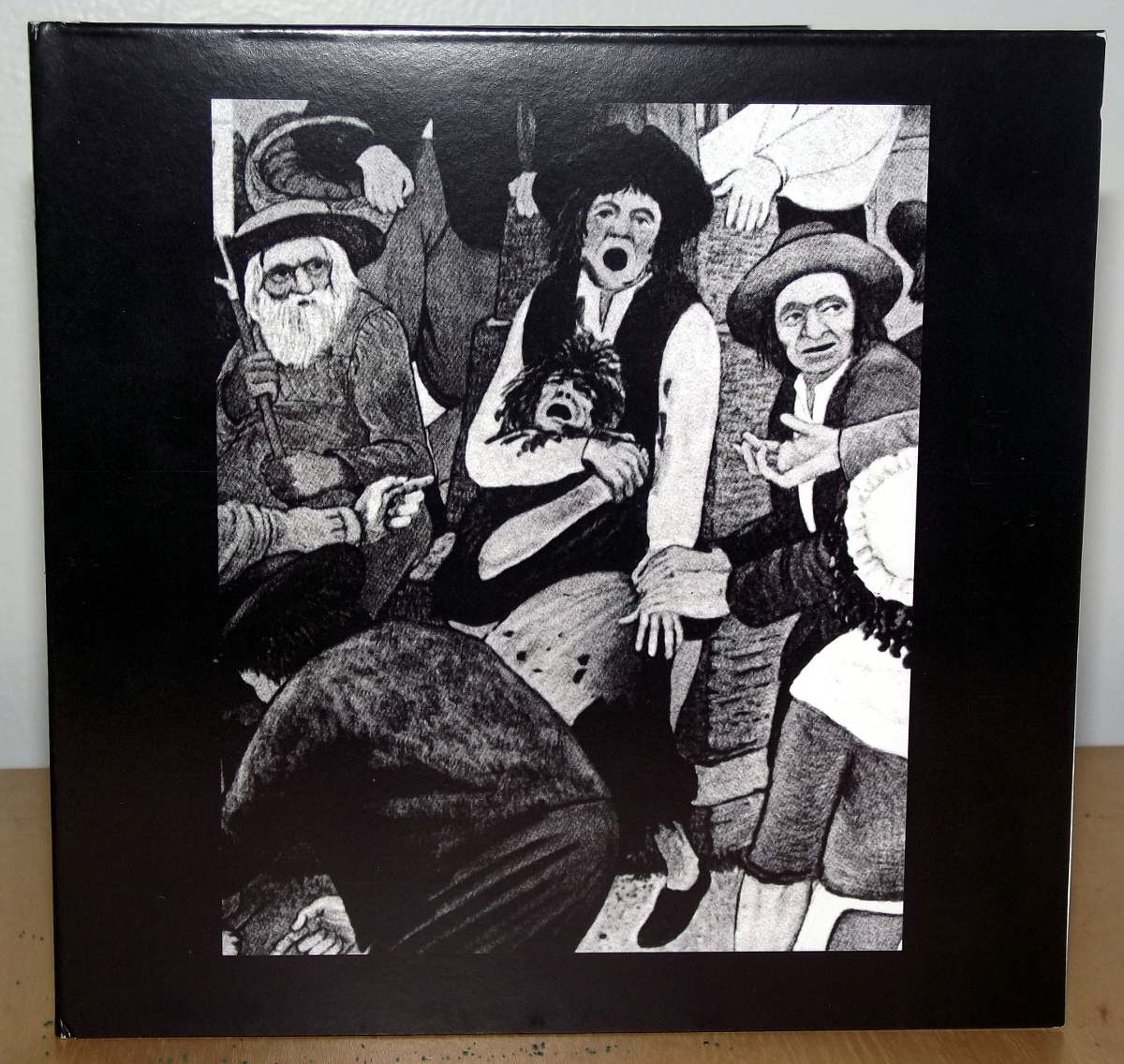 With a name like Blue Sabbath Black Cheer, you might be forgiven for expecting some doomy rock’n’roll action from BSBC but regular TSP insiders know these guys dish out a creepy blackened doom noise racket; as for The Rita, you might think that sounds like a drag queen act but this is also a noisy enterprise so it’s fitting that BSBC and The Rita should find each other and release an album together.

“Drowning Witches” is divided into two tracks: the first begins quietly and stealthily, building up slowly and with great restraint, allowing the listener to savour the crackling, crumbling noise texture that pours out of the speakers like molten lava cream. Gradually the pace picks up, a shrill piercing screech tone begins, the crackle starts to sound like rain and before long a steady storm is in progress. Something that sounds like actual windy weather field recordings is included above an ongoing electrical snake crackle. The intensity and loudness increase constantly but BSBC / The Rita hold back on the full fury they’re capable so the track suggests there might be more power and aggression than what we’re hearing.

Track 2 similarly starts in a subdued way and sounds like the action is taking place underwater in a turbulent river: rocks and boulders speed quickly through the currents as though there’s been a flood and everything is being swept through the river out into the sea. Sure enough, there are recordings of water slowing down in this track and it soon peters out into drips and drops. Just when you think the track is about to end, it suddenly surges forth in strong deep vibrating drones and a long extended thunder-crumble noise stream.

The entire CD is an exercise in restraint and building up structure, foreboding and intense feeling. The two acts hold back on the noise so you imagine that there is something huge and looming behind the sound structures they create. Perhaps it’s a little disappointing that they don’t let us experience the full force of the noise but that would spoil the intent behind “Drowning Witches” which is to suggest an atmosphere of fear and oppression arising from human ignorance, lack of compassion and bigotry.

Some of the CD’s artwork includes what looks like gratuitous gore pornography and sexual objectification; I assume the pictures are intended to drive home the level of extreme violence that people are capable of inflicting on one another just because of what the victim represents to the perpetrator.