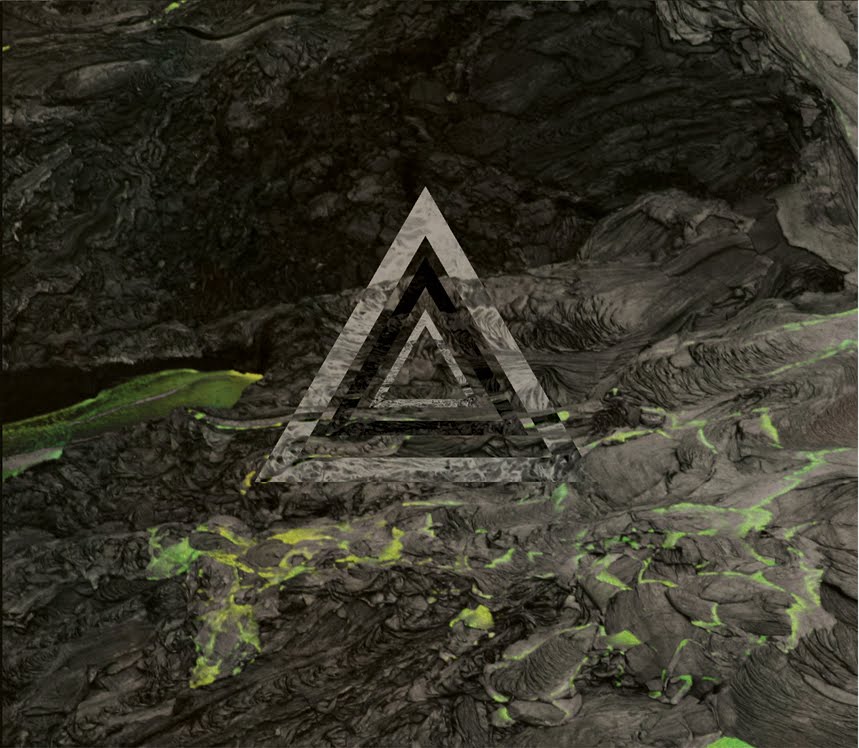 Australian BM artist Nekrasov creates a powerful and bleak work of humanity’s downfall in “Extinction”, mixing black metal, noise, industrial and ambient influences in unequal parts. While there are four tracks on the album that are just black metal, the actual amount of time devoted to that genre is about a third of the time given over to the more instrumental noisy music; there is one 16-minute track that is basically noise-ambient drone. Eight tracks whose titles leave you in no doubt as to Nekrasov’s nightmarish forecast of overall human destruction zing from black metal to noise-ambient and back again; this is a template that Nekrasov has followed on past albums with mixed success – going from one thing to another and back has sometimes resulted in loss of power and momentum – but on “Extinction” he’s hit on a formula that preserves the aggression and power of previous tracks and sends their fury to the next, and this helps to unify the songs on the album despite their varied and opposed influences.

The two early short tracks set up the album’s theme in a no-nonsense defiant way, all engines blasting with pummelling machine-gun beats, manic vibrato guitar, bone-dry black metal vocals and, on the second track, an angelic chorus with a cold edge. On “Matter is the Bastard”, Nekrasov drops us straight into cold ambient territory of dense howling winds with a pounding beat deep within. The mood is sinister and eerie as though an unseen force is waiting patiently for life to disappear so it can roam across the planet. Going into “Void into Nonvoid”, the black metal becomes more machine-like as the vocals start merging with the sandstorm noise over insane banging drums, repetitive guitar loops and demented needling beats and rhythms.

“Pre-fetal Non-mantra” is a creepy quiet subterranean number suggesting a rumbling gestation of a dark menace. An explosion occurs and reverberates constantly. Echoes continue to the verge of self-indulgence and sometimes the track appears very fragmented. At some point the track  fades away, only to return with the force of snarling ghost wolf creatures born of evil winds and atmospheres. Dust storms reveal chanting sounds.

The final two tracks plunge deeply into noise / industrial / ambient soundscapes with track 7 featuring a series of rhythmic explosions from which mournful organ and sirens emerge. A deep bassy rumble bubbles beneath the unusual sound textures. Sounds very much like large-scale warfare and mass annihilation are taking place in earnest across the world. At this point it strikes me as rather funny that organ should be at home in black metal and other underground metal genres, given its traditional church music association. Maybe it’s because of that association that the organ fits into different metal genres so well: metal represents a world that is the ultimate inversion of the values of mainstream Christian religion with the emphasis on centralised hierarchy and authority. The title track has no time for any human-based institutions such as traditional Christianity: it’s a bleak trail of constant noise blizzard drone that heralds the complete destruction of humanity with a pounding dream beat, quivering tone effects and cold sonic winds from which ghostly voices or breathing struggle to emerge.

While the pace ranges from super-fast on the black metal tracks to barely there on “Pre-fetal Non-mantra” in parts, the aggression rarely falters and the general malevolent mood persists across the music. The production varies from raw and blunt to sharp or cold and spacious, often on the same track, giving a sense of depth and the feeling that whatever Nekrasov throws at us, there’s always more in his little black bag of tricks, even though by now Nekrasov fans must be very familiar with his style of eclectic experimentation. The only criticism I’d make is that the title track hardly changes throughout its 16-minute length, given that it’s the piece everything has built up to: listeners might expect much more from it than continuous blaring noise drone. Perhaps it should be more demented, like a demon gone berserk once it realises that humanity’s destruction has left it without anything to play with, or maybe there should be some actual black metal elements in that track, like BM vocals gabbling away far deep in the maelstrom, to maintain listener interest.

My impression is that the end of humanity will be a flattening wipe-out with no survivors. The entire planet will be left a wasteland where storms rage at several hundred miles an hour, scouring the landscapes until continents no longer exist and only bare rock is left. Within the windstorms there are bone-shaking wraith voices bemoaning the passing of life to any extra-terrestrials curious enough to wander into our planet’s neighbourhood, not that they’d want to as their spacecraft would detect toxic levels of radioactivity in the upper atmosphere several hundred million miles away. Volcanoes on Earth spew molten material into the already poisonous and suffocating air. If this is Nekrasov’s vision, I’d be amazed if he’s still a happy chirpy fellow. It does happen though that the some of the most cheerful and serene people you meet are the ones with the bleakest, most desolate views of humanity’s future.