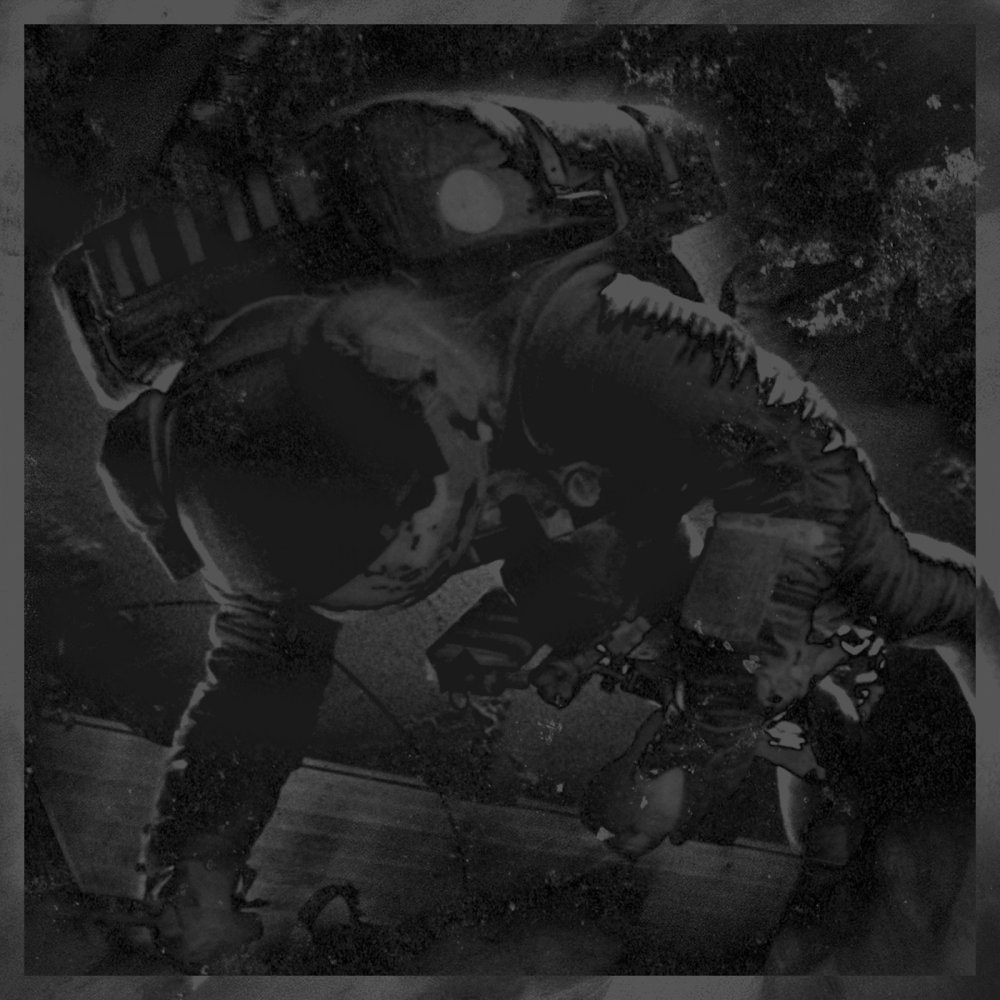 Opening track “Imperial” is a real shock to the system: it starts off very quietly and suddenly erupts into a monster fusion of dark ambient industrial / doom drone electronica / dubstep with grinding mechanical beats reminiscent of Godflesh’s glory days back in the early 1990s and huge industrial metal riffs, especially in the dying, gasping moments of the track. Over at Aquarius Records where I bought this CD, Necro Deathmort have been billed as ‘Sunn0))) meets Squarepusher’ and though they’re not quite as slow as the Droney Dynamic Duo, they do have a deep booming heavy drone metal sound, put to good effect on the second, glacially paced track “Led to the Water”, enhanced with mechanical rhythm loops, a sinister and darkened ambience suggesting an underground cave filled with cold air that’s sometimes dry and sometimes a bit damp, and a brooding malevolent spirit hidden in the darkness.

As the album progresses, the music veers between industrial metal / electronic dance music on one hand and blackened doom drone metal laced with grit and a sense of the epic, of evil grandeur. Each track has something different to offer: “Wretched Hag” is a fairly wafty dark ambient piece; “Arrows” almost sounds like hardcore metal with screaming female vocals and massive Godflesh / Techno Animal rhythms and textures; “Theme from Escape” strains hard as a melodic industrial metal rock soundtrack piece but comes across as rather uninspired and a bit stale; “Starbeast” goes for a sculptured ambient, almost electroacoustic approach; and final track “Insecto!” opts for an almost histrionic, over-the-top juggernaut style that combines ambient, hardcore grind industrial metal with heavy beats and long groaning rhythms. The riffs are not really anything special to hear – they’re almost brassy in sound – but have an air of fatalistic finality as the track continues to pound on and on. An eerie delicate melody can be heard deep down in the churning black mass.

The music is very bleak and the concept behind the album may well be nihilist. Though the album starts strongly and promises a very rough and heavy journey, the reality is that about halfway through it starts running out of puff and later tracks don’t seem as fresh as earlier ones. Style starts to predominate over substance and the music veers close to theatrical camp.

Hear a track on TSP radio