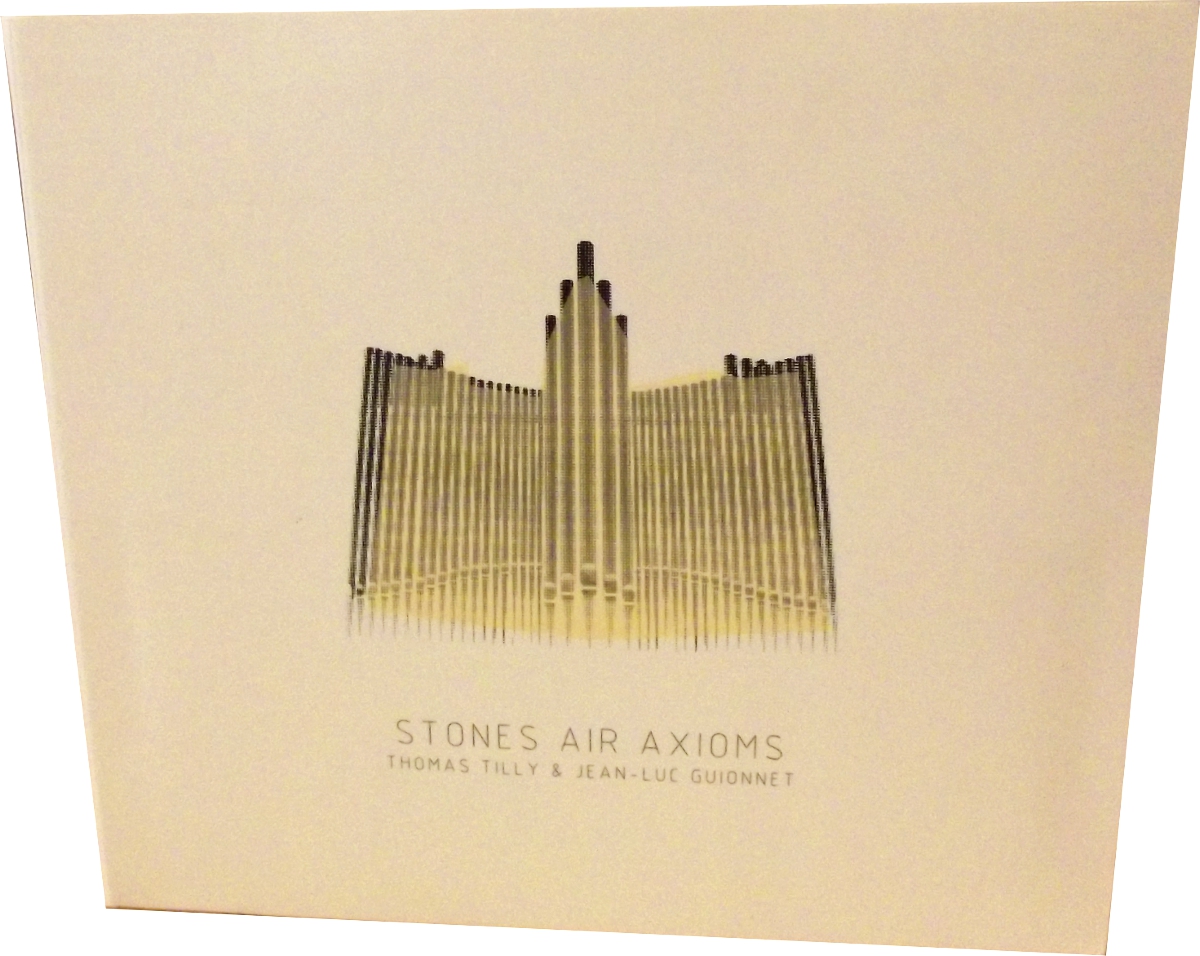 Fab French improviser Jean-Luc Guionnet continues his interest in the workings of the organ an as instrument in a big way on Stones Air Axioms (CIRCUM-DISC LX005), which is realised as a collaboration with Thomas Tilly, the field recording guy who I last heard making his micro-recordings of pond life and beetles on the surface of the water which sounded like miniature fire alarms. This release is a very precise site-specific work to do with the acoustic dynamics in the Cathedral of St Pierre in Poitiers, and at first glance you may think this is an area that has been thoroughly explored by releases on the Touch label. I refer to the Spire project which has released two CDs to my knowledge, but it seems that multi-layered project, active since 2004, has since blossomed into something even more ambitious 1. When conceptual artists, musicians and radical types are faced with religious buildings, they tend to wax didactic with implied criticism of the established Church, and this release’s notes suggest that “the architecture constraining this air volume is complex and ruled by doctrine”, while also conceding that a cathedral also “offers a wide resonance to support the religious discourse”. But these are not tremendously loaded statements, and the main thrust of the work is simply a formal exploration of space, acoustics, and sound production.

The principal element in the execution here has involved careful measuring of the internal space of the building 2, noting the position of columns, the distances between walls, and experimenting with the punctuations of the silences between each attack of the organ. It’s as though the entire building were a container of sentences, of musical language, or a space that enriches such language. I think it’s great that they expended so much mental effort in finding out what the original architects of these buildings had pretty much planned all along, and which any regular communicant of the Catholic church could probably have told them in two sentences, but no matter. This is still a strong work of intriguing sound art, full of careful preparations and very intensive sound generation experiments.

The organ drones are accompanied by sine wave generators, and by white noise generators, and the very formalised experiments in minimalism have a certain rigid absurdity that outmanoeuvres La Monte Young, even. Where ‘Air Volume’ contains five minutes of dramatic rushing sounds like wild winds set loose in the transept, the 14-minute ‘For Standing Waves’ is a fantastic harmonic droner with a suitably solemn tone. Monumentally beautiful music. Its sister piece, ‘For Standing Waves Disturbances’, seems to incorporate more rescued ambiences from the space itself, and feels less closed-off than the previous piece. Here, you almost feel as if the stones themselves are breathing – a gigantic pair of ancient lungs. Another long and faintly alarming sustained organ tone carries on for half the track’s length, never resolving, and becoming almost unendurable. Then there’s ‘Close, bells, architectural remains’, which feels more like a documentary recording (with its random interventions which feel almost chaotic in the context of this much pure sound), nonetheless incorporating some delicious sub-bass throbbing tones that, when played at appropriate volumes, should help to activate your inner Holy Ghost from the feet up or the head downwards. Recorded in 2010, this was part of a festival called MicroClima. Mélanie Bourgoin did the restrained design for the package. Arrived here 31 January 2012. Very good!