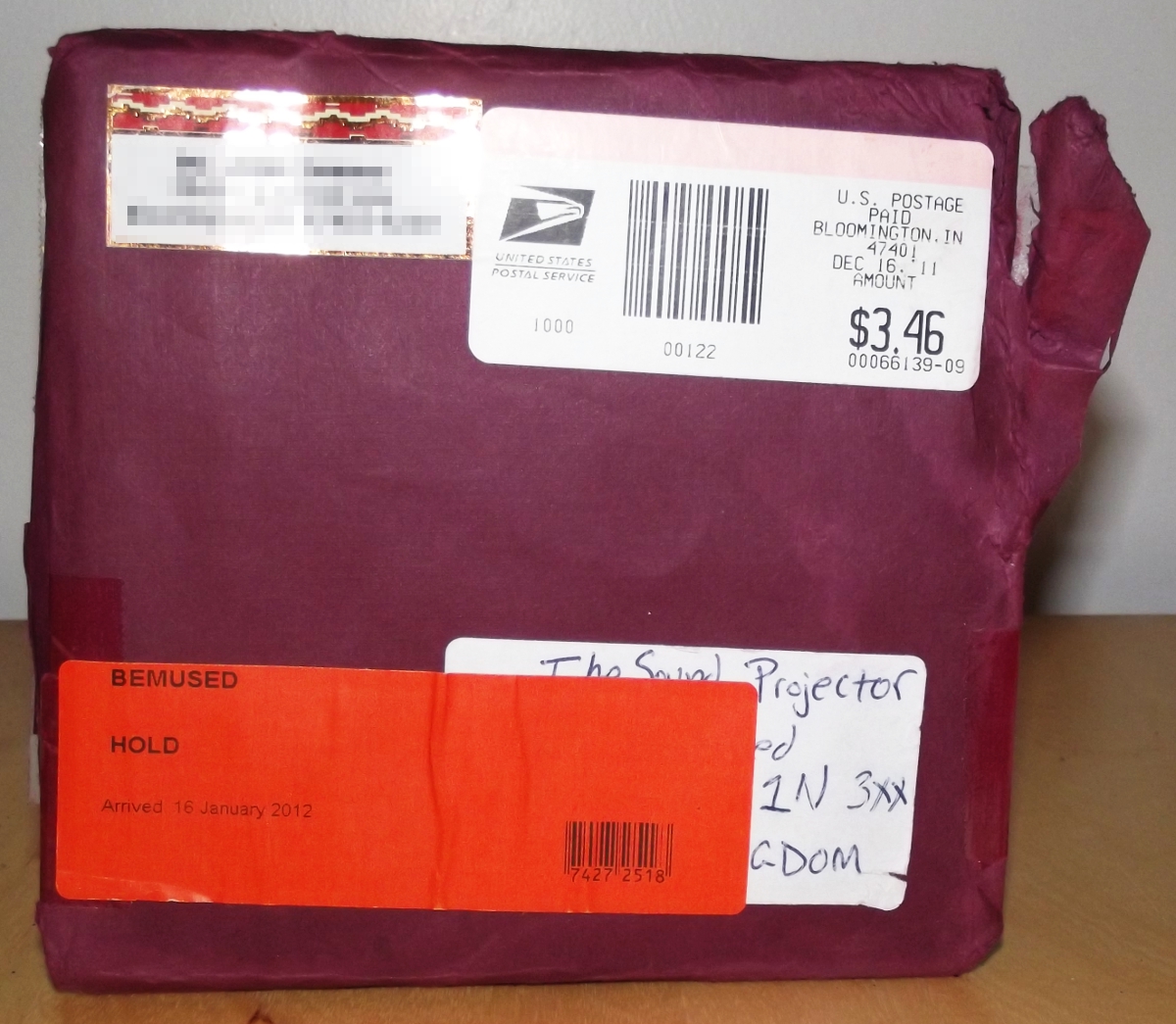 Our graves must send those that we bury, back

From Bloomington we received a copy of this excellent limited CD by Charnel House, a band who are content to be labelled “doom metal” though would not deny the creeping sensations of other musical influences to caress their clammy body like the hand of a mortician on some grey-skinned cadaver. They’ve been creating churning riffs and malevolent episodes of eeriness since 2009 and have to date released two small-run cassettes and a 12-incher on vinyl called The Leprosy Of Unreality. Contagion (SYGIL RECORDS SYGIL 008) is evidence of their multi-faceted headmasked identities, and while Aquarius Records have been quick to praise the “lo-fi, primitive and minimal” qualities of this record, I would have to respectfully dissent on all three points. The record sounds full and lush to me, and the only minimalism I can discern is the fact that the duo (it’s just a singer called Hellfire and one instrumentalist, Adam Sommer) know how to make their imaginative playing work in their favour, without the need for multiple overdubs, guitar pedals, or excessive studio effects. ‘Erosive’, second cut on the album, is an early fave with its unstoppable percussive power and near-angelic wodge of blended guitars, vocals, reverb and distortion, but ‘Accipiter’ is mostly a hymn of forlorn soprano wailing in a nameless abstract wasteland of psychotic despair, occasionally interrupted by manic flailing from the axe section. ‘Statue’ is another tortured atonal ballad of moanage somewhat in the Khanate mode, while ‘Moonburnt’ sees them return to the dense swarm of metallic noise which seems to be their signature sound, drums are moving at a million miles a second, while guitars and singer are rooted to the spot at a certain date in the Bronze Age. And there’s ‘Immolation II’, which contains some of the most corrosive and horrific riffs the guitarist has managed to bleed out of his amps at this point. At times, Charnel House achieve an uncanny and unique “haunted” sound almost without trying; methinks a double bill shared between them and Back Magic would be a show you’re not likely to forget. A fine example of a more unearthly and near “artistic” take on this genre which I am delighted to recommend; Charnel House, despite a name which promises plenty gore and guts, have a graceful side which you won’t get from an average group of stomping Sabs imitators. As you can probably make out, my copy arrived here on 16 January 2012 in a rather – erm – waterlogged condition after its passage across the seas, which has added an interesting warp effect to the chipboard cover and the full-colour insert. Luckily this moisture attack did not affect play of the disc. Many thanks to Adam for sending this.

Now for some splendidly creaky improv music from the Swiss label Veto-Records. Sack (EXCHANGE 003) is a meeting between three Chicago players, the cellist Fred Lonberg-Holm, the bassist Jason Roebke, and drummer Frank Rosaly, with the Swiss saxman Christoph Erb who happened to be in the windy city as an artist in residence on a visit from Lucerne. Plenty of loopy energy on the 4-minute ‘Kopp’, where Erb’s growly bass clarinet is chasing tiny mice and other pests out of the house, and plenty of thoughtful brooding on ‘Karung’, which is like a ride over a slightly choppy lake in a rubber dinghy, as the musicians strive to find common ground in a highly fluid environment. The centre-piece is the 20-minute ‘Kadhananio’, which begins with a joltingly vivacious interplay of free playing featuring (I think) some far-out guitar work from the freaky fingers of Fred, while Christoph is blowing his stack with many pounding strokes, as if arm-wrestling with his own tenor. Mid-point, this track offers some delicious stretches of quieter “mystery jazz” with the intoxicating sort of saxophone-cello conversations that are meat and drink to fans of the Eric Dolphy-Ron Carter sound, like myself. After that we’re treated to Rosaly’s inventive live electronics being showcased for precious seconds, accompanied by minimal bass and cello stabs. Most abstract of all is the lovely ‘Meshok’, with its combination of dark twisted half-melodies with noisier scrapey events. Arrived here 31 January 2012. Released in a silk-screened chipboard package and recorded at a studio in May 2011; one month later, Lonberg-Holm and Erb would record in the exact same studio once again, to produce the very odd Screw and Straw record for this same label. I have a copy of that too, so look back again later for a review. Added bonus for me: two owls on the stamps!