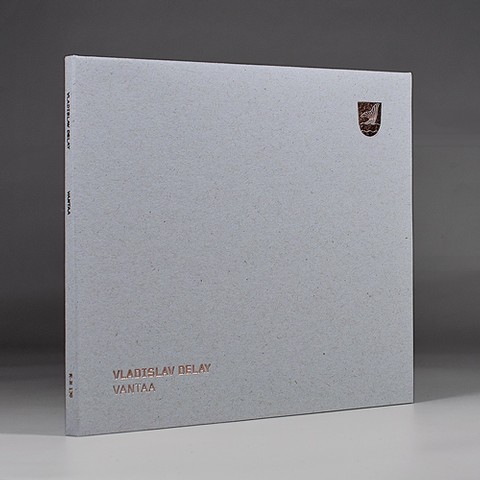 Reliable electronic-minimalist warhorse Vladislav Delay surfaces with “Vantaa”, a beautifully warm and lusciously textured dubby dance album, his first for the Raster-Noton label. Frankly I don’t understand why R-N couldn’t give this album the packaging it deserves: anything by Vladislav Delay, let alone anything by VD man Sasu Ripatti, requires no less than a gatefold sleeve with splashes of colour and pictures of beautiful models (male and female) swathed in floaty fashions and smooth, satiny textured fabrics relaxing on a beach of cool white sand and gazing towards the horizon over blue-green waters fringed with foamy wave. Had it been issued on Touch, why, Jon Wozencroft would have given the album some gorgeously wintry shots of forests of silvery birch trees under white-grey skies! But instead we have a plain white slip with a transparent plastic slip cut into one side and the album’s title and label. 1. Maddeningly we don’t even know the number of tracks and the track titles!

Admittedly the music is no great advance on what VD has done before: the tracks are shorter, more business-like in their looping repetition and quite brash. This is the sign of someone who knows exactly what he wants and how he will get it – there’s a lot of self-confidence oozing out here. Near-industrial factory-metal noises intrude on track 3. Each piece has a definite mood that rarely changes but that’s fine by me: most of the time, this is music to relax to and to savour. What impresses the most is how the music is layered with evocatively ambient rhythm loops that suggest gentle tropical lushness, mildly warm, humid days and balmy summer nights.

Every track has its own mood but the stand-out without doubt is track 6 which is surprisingly rapid-fire and brusque in its percussion rhythm and must owe considerably to Ripatti’s jazz drummer origins. Even here the rhythms are softened by a flubby effect and a background synth loop.

By now we might have expected Ripatti’s VD act to be coasting along and churning out beautiful sonic wallpaper but on the basis of “Vantaa”, VD still has a lot of vitality and potential to keep expanding if Ripatti is so minded.