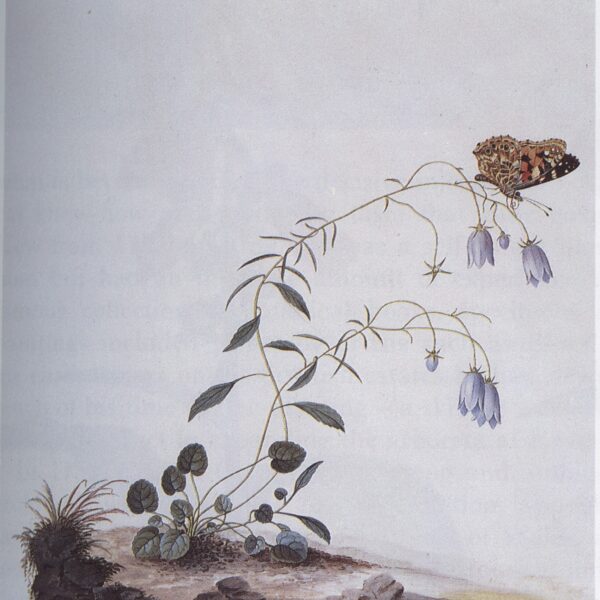 Imagine that in the 19th century, inventor Charles Babbage and programmer Ada Lovelace had managed to build their difference engine and get it operating and ushering in the Victorian computer age which, among other grand alternative technologies that would have arisen as direct and indirect consequences, leads to the development of blues, rock, heavy metal and all their variants. Electrical engineering not yet born at the time of Babbage’s death in 1871, electric guitars were unknown so people resorted to the use of acoustic stringed instruments such as guitar, lute, mandolin and … dulcimer to create alternate heavy metal and black metal in particular. A tendril wormhole from that universe sneaks into ours and out of that tunnel cometh forth … The Botanist, a mysterious one-man black metal horde armed with his dulcimer and hammers, drums and raspy BM voice to perform songs about nature and wondrous flora and fauna.

Actually The Botanist hails from San Francisco but let’s not allow facts to spoil the fantasy. Here be a marvellous double CD creation of Gothic steampunk eco-black metal, complete with crabby gravelly phantom voices, mad drumbeats and equally deranged and creepy hammered dulcimer tones, tinny and piano-like in a dark yet elegant way and above all chilling, going at juddering speeds. Even the packaging is remarkable in itself, the front cover resembling one of those 18th or 19th century scientific illustrations of exotic plants European scientists would bring back to their home countries from near-fabulous realms in the Amazon or the deepest, darkest Congo.

The first disc delivers The Botanist at his most stripped-down essential self, just his dulcimer and percussion and that sandpaper vocal. The songs are short and fairly repetitive with often very catchy and distinct melodies and the speed they careen at makes them at once droll and demented. There are a couple of songs that makes me think of very vague and distant childhood memories of seeing the Keystone Kops on TV – gaad, I hope that doesn’t make me sound older than I really am! – chasing down crooks in their fuddy-duddy vintage police car or whatever they had to the accompaniment of frenzied piano tickling.

“A Rose from the Dead” is much in the same vein as the first disc though a little slower and   doomier with a reverberating echo in parts. The drumming is more varied and features more rolls and thunder. Sometimes the music seems like a rabid version of Godspeed You Black Emperor or its offshoot The Silver Mount Zion Orchestra when the dulcimer is the only instrument playing in the empty darkness. As the album progresses, the music seems to go more bonkers than ever with the programmed drums pushing at the extreme limits of how fast and tinny they go and the dulcimer hammers beating harder than they have ever done in the entire history of dulcimer performance. The sound they produce can be quite bewitching at times and maddening at others.

And if you thought the music was strange, twisted and crazy, just look at the song titles on both albums … titles like “Forgotten in Nepenthes”, “Lepidoptera”, “Bromeliad”, “Monstera’s Lair” and “Dioscuria” signal a one-track mind in which nature flourishes in a riot of greenery, colourful flowers and their perfumes wafting in the breeze, and equally vibrant and no less remarkable creatures visiting one bloom after another to gather nectar or spread pollen. Any mention of blood or ritual sacrifice might be in a track about a Venus Fly-trap though I can’t find the damn thing.

If I didn’t know that The Botanist hailed from the West Coast of the US, I’d have been all too ready to believe that, yes, he’s from a parallel universe where computers got a head start on us a hundred years earlier than they did here and so did contemporary music. Remarkably The Botanist has another double CD release which I’ll review as soon as I can if I can tear myself away from this recording.