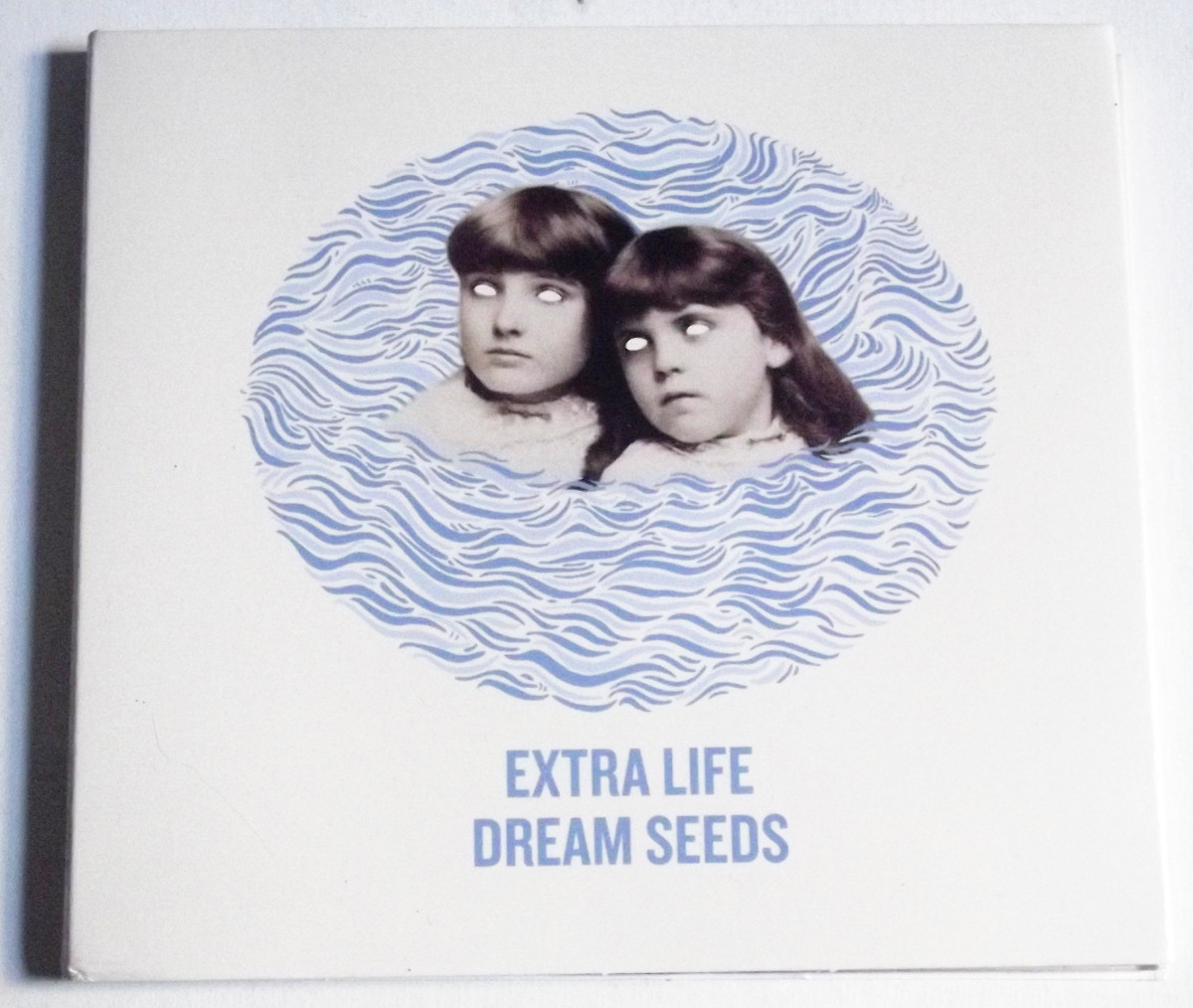 That album cover has that curious and creepy look that I associate with the artwork for The Melvins’ albums but the music here is very, very different from those doom metal musicians’ work. Superficially poppy and intimate, as though made just for one person and that one person is you, the self-confessional album hides very dark fantasies and traumas, too dark to ever reveal to the light: traumas and thoughts that would see the unseen narrator-singer go into the slammer were they to be made public. “Dream Seeds” is the work of Charlie Looker who performs all vocals (which remind me of Depeche Mode in their pure strong choir-boy tones that suggest both innocence and self-torment), acoustic guitar and some synthesiser plus two other musicians on electronics, synth, guitar, percussion and backing vocals who make up Extra Life. The music emphasises awkward and deliberately clunky rhythms and beats, an epic and varied sound that takes in hard-edged pop-rock, moods of melancholy, fear, sorrow and despair, and synth-based orchestration.

To be honest, I find the music palls over the album’s running time: there’s something about it that’s bland and blunt and leaves me feeling remote and uninvolved. Perhaps the style of music adopted here is the problem: I guess I expect music this dark and personal to have some anguish and hints of self-examination, self-torture and pleading / bargaining with God that would be reflected in the very texture of the music – some harsh layers of sound here and there that would contrast with the smoothness of the singing. As the album goes, the emotion that should have been spread throughout instead comes in the last song and sounds very forced. I feel as though I’m sitting through some kitchen-sink drama that’s been done too often already and the burnt-out actors are simply going through the motions again.

The lyrics are the best part of the album and could stand apart as a monologue. Taken together, the lyrics form a narrative of guilt on the vocalist’s part for going ahead with an abortion or a few abortions in spite of his religious pro-life background and his fantasies about what he’d like to do to several children under his care as a teacher. Extreme abusive corporal punishment (“Discipline for Edwin”) and paedophilia (“Little One”, “First Song”) are hinted at. The last two tracks bring back memories of the abortions, controlling the unruly class of school-kids with a paddle and finally release from a particular mortal coil.

“First Song” is the best song on the album for its intense emotion and the mood of darkening cloud, a feeling that something very wrong is occurring, but apart from this, the music and singing just don’t seem to fit the subject matter well enough.