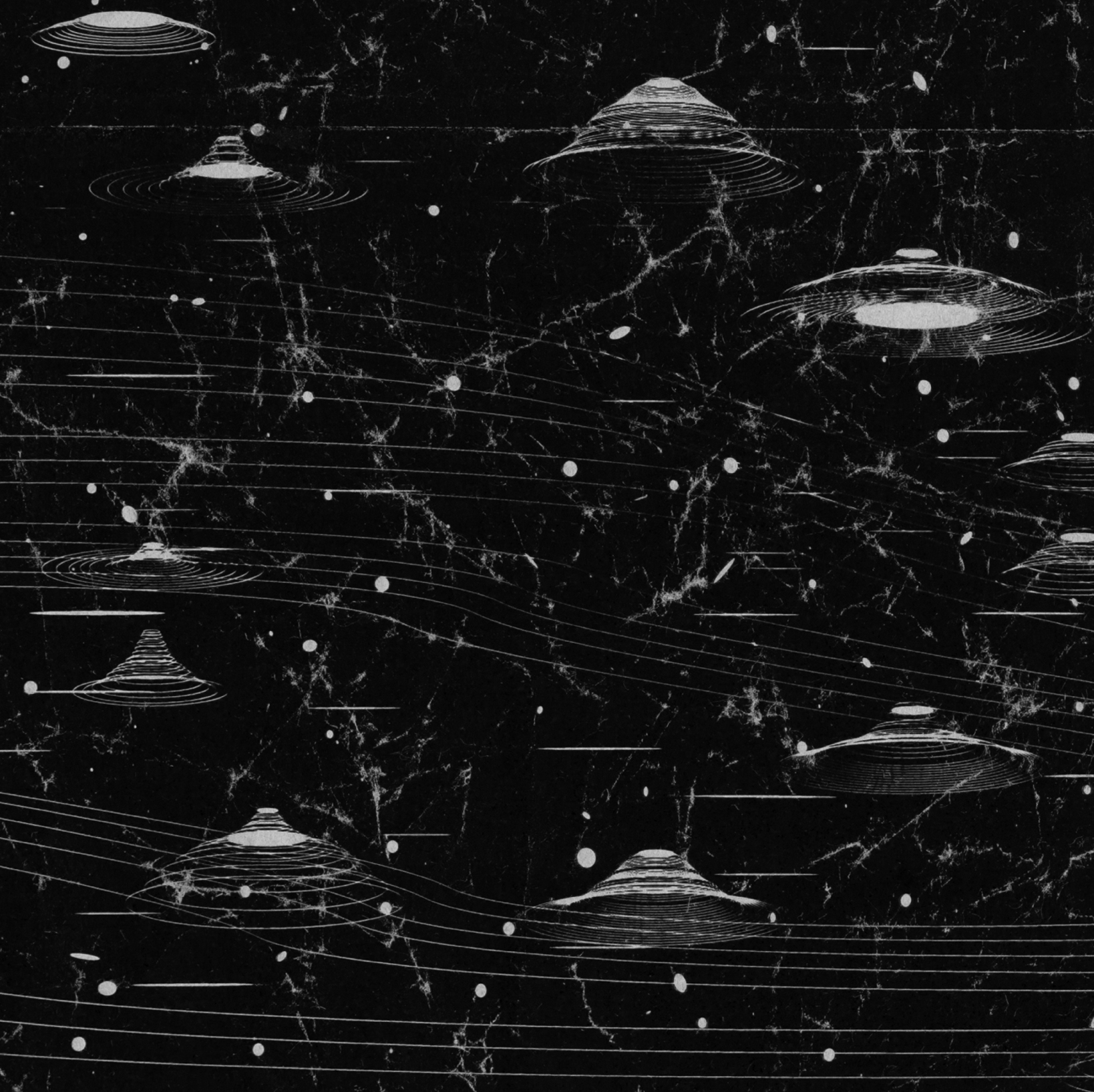 Are they serious? No way would you want to return to the “serious” world of reality after travelling to Sirius with these space travellers. VagusNerve is a Chinese-based duo of guitarist Li Jianhong and laptopper Vavabond and this is their second release for Utech Records. Initially this seems like just another very long and trippy psychedelic voyage into the deep inner space in our heads until the musicians turn on the full radioactive force of blaring guitar feedback and electronic drones, dolphin whistles, low-end buzz and ghostly phantom voices. In the background, coelenterate UFOs float, land on planets, arise and hover in the atmosphere, their fragile tendril-like tentacles wafting behind them. Barking seal voices reverberate in the black clouds and extended guitar drones reach out in all directions from an unseen singularity. A traffic jam of space-ships quickly develops: perpetual motion engines hum furiously, anti-matter drives are on the verge of exploding/imploding, thrumming vibrations and rapidly spinning energy vortices howl and wobble on the edge of chaos and diffusion through all the galaxies.

That was “The Memory of Light” alone and second track “The Exiled Life” is a bit more subdued but no less disorienting in its swerving highs and lows. Vocals are much less blurry and more forward in the track but still very watery and distorted as though Li was speaking to us from a multi-dimensional plane and our particular inadequate space-time continuum was cramming all the different dimensions into its own crude tunnel. This can still be a noisy piece but it appears less exuberant and more restrained in character.

However it’s the third and final track “Go Back to the Sirius” which is as hard-edged, penetrating and searingly hot as it is deliriously expansive and cosmic in scope and ambition. Laser death rays of attack guitar pass through all defences and scan all the cells in living organisms while faint background droning probes and collects fragments of DNA for future experimentation. Eerie and sinister alien communications pop in and out, sinuous effects flutter into view before disappearing quickly into the ether, and faint phantasms bark and whine while Li’s increasingly stuttering guitar drones command all our attention with their insistent howls and yelps. Eventually this work passes to another plane of existence and calms down considerably yet retains a hysterical edge.

This is a wondrous work if heard loudly late at night when the mind is relaxed and submerging into semi-conscious mode; at other times, the music can sometimes seem monotonous and single-minded, even cantankerous in its insistence on commanding your full attention. I have a sense that “Go Back to the Sirius” might win cult status for this act in years to come, not so much for the music but for its ambition and vision, not to mention the duo pushing their instruments and imagination to the utmost.