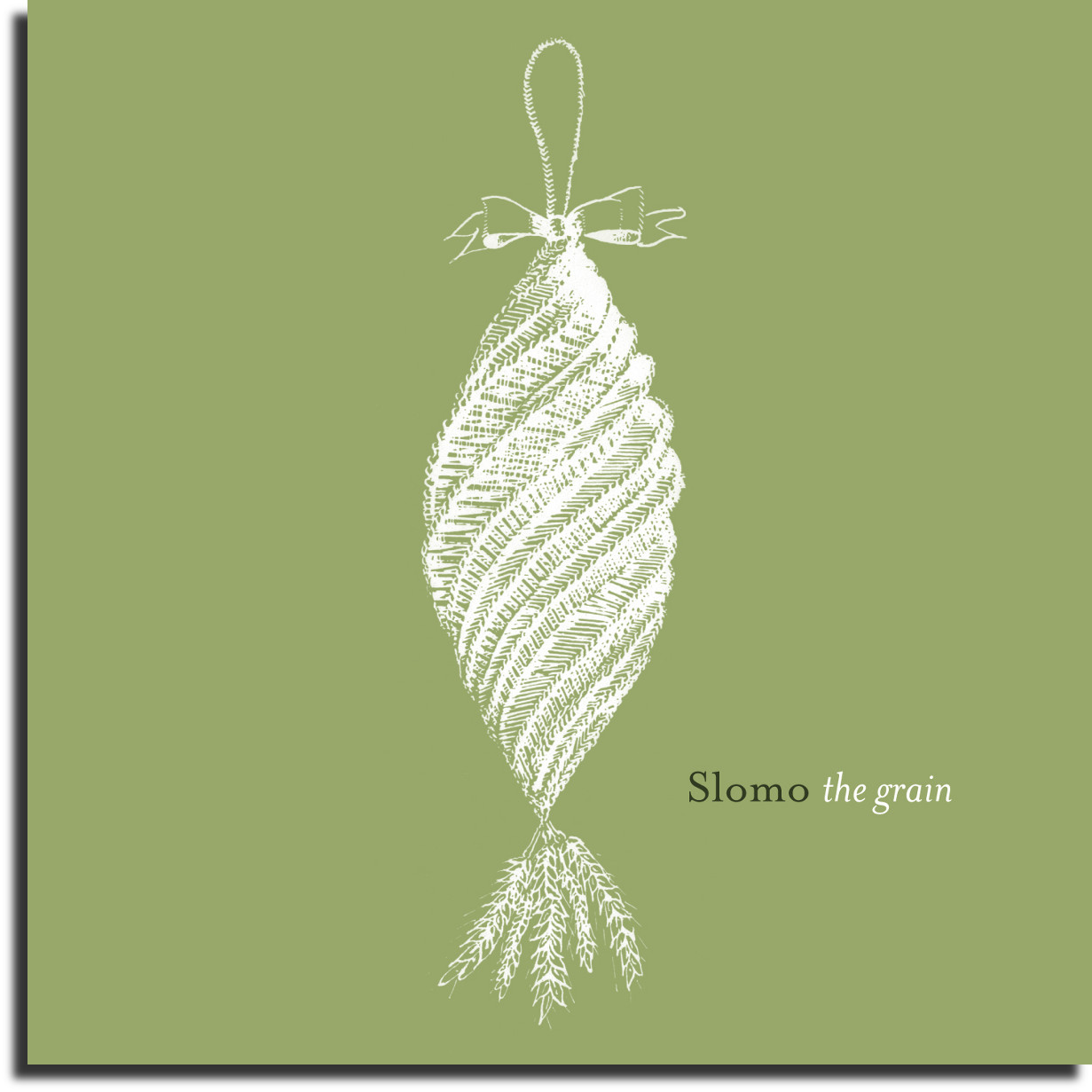 Here are two very stretched-out tracks of creeping, repetitive droning music that revolve around an agricultural theme, in this case, endless fields of rippling, ripening waves of wheat and wheat only. The longer track at 42 minutes is “The Grain” and the shorter is, surprisingly or perhaps not surprisingly, “Against the Grain”. I wonder what message the duo Slomo intended by those track titles: are they telling us that for all the seemingly endless ocean of wheat offered by the first track, there is something wrong and unnatural about the idea of vast swathes of countryside dominated completely by one species of plant – and possibly one with a small gene pool resulting from endless inbreeding through its generations – and that only one small virus or fungus might be enough to spread through all those hectares of cereal and destroy it completely?

The title track is a vast, sprawling and repetitive piece notable mainly for its unrelenting and often tedious monotony but that may be precisely Slomo’s intention, to call our attention to the cereal-based monoculture that dominates Western agriculture and which itself contributes to many global economic, political and social crises facing the world today. The industrial feel of the ambient music alludes to modern cereals’ total dependence on petroleum-based fertiliser and manufactured pesticides, of which genetic modifications might be considered an extension, to grow and thrive. The deep rumbles might call our attention to the havoc such industrial props and GM cropping might be having on soils, soil quality and the underground ecosystems that nourish the soil, purify groundwater and help to maintain the water, carbon and nitrogen cycles.

“Against the Grain” is  more mechanical and rather tense in its rhythmic whirrings. This might suggest a more intensive, invasive form of human intervention in the wheat’s production in the form of genetic manipulation. Ominous rumbling drones warn of the dangers that might strike ecosystems and the health of plants, animals and ultimately humans if GM cropping goes ahead without long-term test trials monitoring its effects on soil, other plants and humans when they are in contact with the plants. Or perhaps those rumbles suggest pesticide-resistant insects continuing to bore away into the grain’s husk, oblivious to any notion that hundreds of thousands of dollars were spent by companies on chemicals that were meant to blow the little varmints away. This starts as a mild track, initially calm if a little ambiguous, but gradually becomes strained with two parallel sets of drones, one very steely and strung-out, the other super-calm and suggesting a massive though vaguely defined presence in the music.

More likely to induce awe and respect than love, this music is monumental within its defined scope and structure. Perfect for lulling away quiet afternoons out in the countryside, watching grass sway in the breeze, thinking of insects feeding on grass blades or pollen and going about their business … All music is credited by its creators Holy McGrail and Howard Marsden to guitars, woodwind instruments and synthesisers.