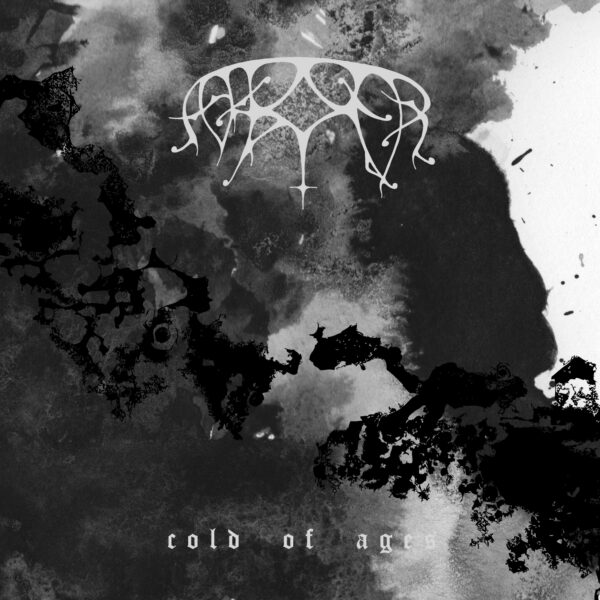 Ash Borer’s second album could very well be their breakthrough release: it’s at once highly atmospheric, cold, dark, incredibly focused and energetic. After a brief lilting introduction, the music springs full-bore into all-out aggression and depressive darkness. If Ash Borer were strongly associated with the Cascadian black metal scene in the past, they’re moving away from it with a strong and distinct style that plumbs deeply into darkness and nihilism. There is still a nature ambience near the album’s beginning but increasingly it’s being replaced by melody and riff, speed and a song-writing and playing approach that emphasises a huge range in sound dynamics.

Opening track “Descended Lamentations” is a heady combination of melancholy doom grandeur, black metal chaotic fury and ominous Gothic ambience. Trilling lead guitar lines are mixed up with sharp buzzy riffing and the vocals are equally varied, ranging from reverb-cloaked monster growls to phantom cries and howling. The heights and depths of this fusion of black metal / doom / psychedelia are mined for their riches in melody, tone, mood and atmosphere to produce an epic music mammoth – and still there are more treasures that Ash Borer offer up.

“Phantoms” initially runs on a slower track but picks up energy and speed very quickly. Before you know it, it’s careening madly about the joint as if trying to find an escape and discovering none. The tones are less bright and the mood is urgent. On and on the piece goes, raging against everything hurled against it by an uncaring universe. Defeat is at hand however and the mood becomes more sullen and despondent.

“Convict All Flesh” might well be the best track here – it’s truly an example of how to write and play an operatic work of black metal doom existential melancholy. Spider guitar riffs spin into an arching glittering network over sludge drum thunder and slavering vocals. The grand edifice falls away before an interceding choir of sweet-voiced angels but the Lord of Chaos charges in to claim what’s owing to him and the track thrashes about in hopeless frenzy. Guitars blaze away, drums bang and crash and those phantom voices groan and growl in the distant background.

The band could be forgiven for a forgettable and lame closing track but “Removed Forms” does not do badly at all. Beginning as a muted minimalist piece performed on a solo guitar in the manner of a Japanese koto being plucked to the accompaniment of sorrowful female ghost voices, the track erupts into a hysterical race against the encroachment of annihilation.

Parts of the album could have been edited for length: “Convict All Flesh” does overstay its welcome in its latter half and the coda to “Phantoms” could have hurried up a little so that “Convict …” comes sooner rather than later. A section of “Removed Forms” is clunky and lumbering. All four songs are similar in their structure, beginning slowly and coasting for a while before blasting into frantic and furious BM chaos. Hardly any time to take a breath at all! Arguably also the album manipulates listeners’ feelings and emotions in the way all four songs roller-coaster through quiet and loud sections.

Overall though this is a grand and epic recording, and the Ash Borer members give the album everything they have in energy, musicianship and inspiration. The music brims with urgency and a sure knowledge that life is brief and filled with pain, and death does not necessarily bring relief.