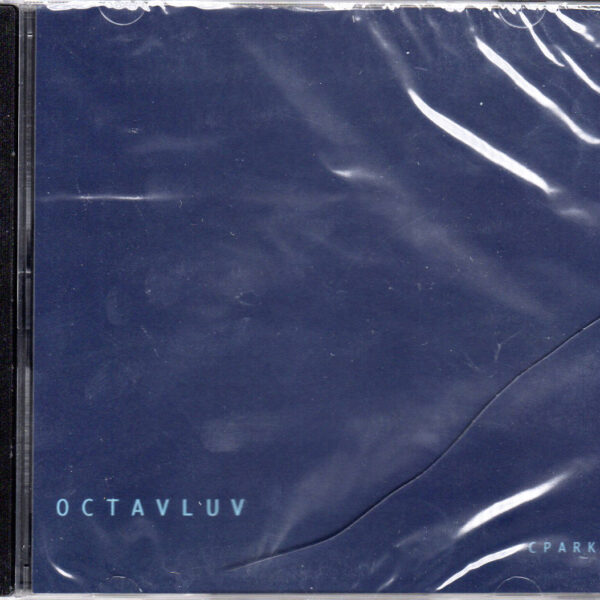 Following digital releases, and limited cassettes on Private Chronology and Bathetic, Octavluv is Caroline Park‘s first work widely-available on CD. A bare but glowing piece, its succession of individual electronic tones and minimal, organic feel quickly lull the listener into a contemplative state. The notes unflurl languidly but rapidly, at a tempo just on the periphery of where the ear and mind is able to perceive their separation, like the dancing pictures on a zoetrope. It puts me in mind a little of Eno’s ambient work, but four times faster, and much less fluffy – these are quite visceral, unadorned bleeps. Fittingly, Park states that the music is intended to be “peripheral”, something meant to be listened to as background sound, at low volume, with the listener’s attention drawn to and from it.

Whilst the music is arguably a success in this respect, with no obvious melodic repetitions to snare the ear, I feel that allotted function also does it a slight disservice – it is, in of itself, quite beautiful music. I could easily imagine drifting to sleep listening to this at low volume on a long train journey, but as a musical meditation at home, I actually found the lack of obvious motifs drew me in, the music becoming a puzzle asking to be unpicked. It’s human nature to seek patterns in the apparently random, and in this respect, I actually found this CD quite engrossing, albeit in a relaxing way.

At a cursory listen, this sounds to be a relatively rigid, perhaps algorithmically-generated composition, but on closer attention, the details which Park presumably intends to occasionally recapture the attention are revealed. There are subtle modulations in duration, intensity and timbre of individual notes, lending a not otherwise immediately apparent live feel, and a couple of times the entire thing collapses into a pure tone for several seconds, absolutely demanding the listener’s attention, and briefly allowing a glimpse behind the curtain at an otherwise well hidden human operator.

Regardless of concept, for lovers of minimal ambient electronica, this album is a simple joy. It works well at low volume, in the half-world before sleep, but its raw, electroacoustic feel means it also sounds great played louder, in a room with nice acoustics. I’ve listened to it repeatedly and always find it hard not to be drawn deeply into it. If this is nothing more than high-grade lift music, I’d be quite happy to curl up in a corner of that lift with my eyes shut and travel a few extra floors.