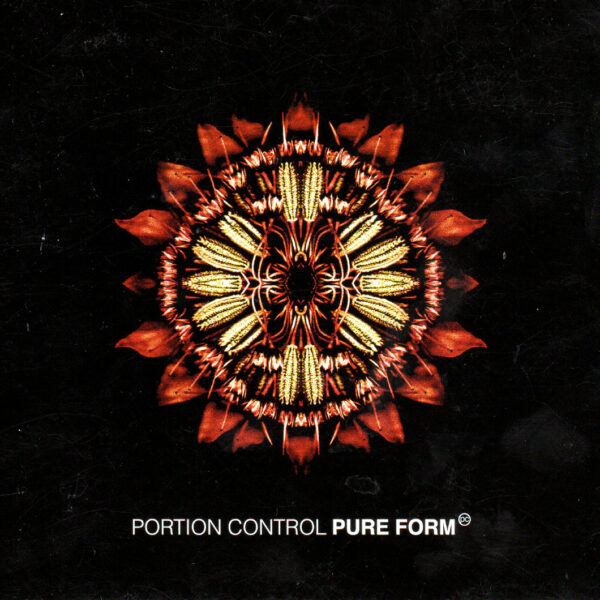 With a name that still to me, smacks more of canteens and food processing than the monochrome autopsy/Manson kulcha of their then contemporaries, electro-industrial stalwarts Portion Control return with the Pure Form (OTHER SOUNDS OTHER S3) CD: their umpteenth release of dark-edged pulsation and galvanised throb. Now in their thirty-third year (give or take), the duo’s tenure with imprints such as In Phaze, Illuminated and Dead Man’s Curve yielded a fair to middling cultist response back in the day, which included, if memory serves, a fairly regular mention in Sounds’ “Wild Planet” feature. However, it took a considerable time for outfits like Skinny Puppy, Front 242 et al to give P.C. a tip of the cap as a major influence on their own nefarious doings. Surrounded by a bank of sequencers, drum boxes and sundry other devices, the vocalese comes forth, staccato like, in teeth-bared/snarling tones. Cuts like “Dead Star” are as much as I’d expect after scanning the track titles. I now remember why I always preferred D.A.F. or the Cabs (“Yashar” era)…less four square…less armour plating. Still, the instros do offer up several crumbs of comfort. As a fer instance, “Chosen Seed” with its exotic faux kalimba lines and the weirdly stuttering “Something Fierce” can certainly bear repeated laserings. Over time though, P.C.’s once jarring schematic has been gradually assimilated into the mass media soup and now they stand before us more as a soft and quilted juggernaut. Those fans of left-field techno appear to have shaped this duo’s destiny and not, unfortunately, the other way round. 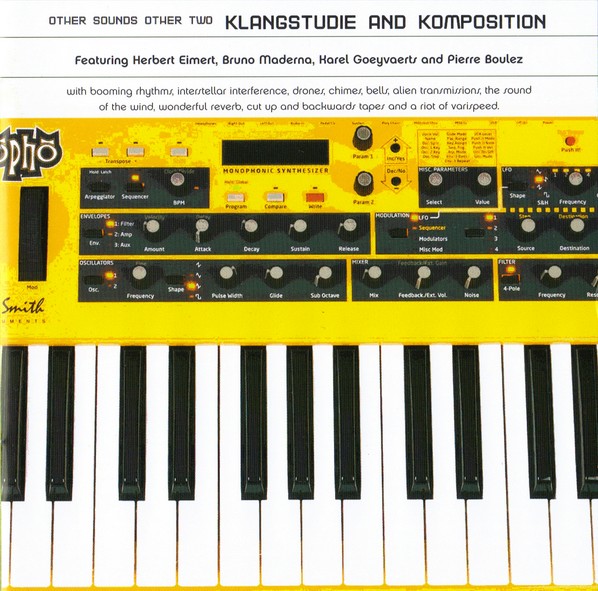 Also on the Other Sounds label, you might be interested in the Klangstudie And Komposition (OTHER SOUNDS OTHER S2) comp that snuck out to precious little ink spillage back in 2011. Alongside the more familiar figures in sixties avant garde composition, such as Boulez and Moderna, there’s also some fascinating, yet more slightly trad rooted entries by Herbert Eimert (1897-1972), and Karel Goeyvaerts, a chum of Stockhausen. His “Komposition Nr 5” and “Komposition Nr 7” are a weird mix of touchtone phone-like abstractions and threatening, eldritch dronescapes. So where Pierre and Bruno zip to their respective soundlabs in open-top sportsters (top shirt button undone, no ties…), Herbert and Karel come on more pipesmoked ruminations and corduroy. Nevertheless, it only takes a tweak of a dial and a couple of flicks of those bakelite switches from these unfamiliars and I’m sold. By the way, Finders Keepers have also put Karel’s work under the microscope recently with a LP reissue of Pour Que Les Fruits Mûrissent Cet Été / Op acht Paarden Wedden.

Other Sounds is an imprint of Cherry Red Records.