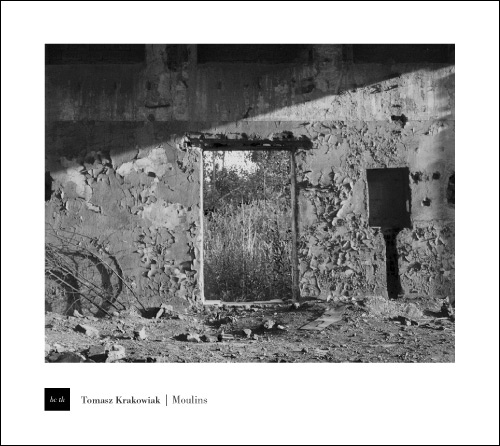 Bocian Records is a small-edition label which has released albums involving such luminaries of the avant-garde world as Kevin Drumm, Lasse Marhaug, C Spencer Yeh among others, but the name Tomasz Krakowiak is a new one on me. The sleevenotes by Daniel Muzyczuk refer to Krakowiak’s Moulins (BOCIAN RECORDS BC TK) as a “tornado” and he’s not wrong there. He also asks the question “How do you build a mill out of a drum kit?” This kind of thing really winds my gyroscope. In a good way. To my ears, Krakowiak could be using precision welding, the distant engines of submarines, industrial suction pumps and local weather as part of the transformation of his drum kit. His approach puts me in mind of the rigorous and almost academic re-invention of common objects as sounding vessels by people like Lee Patterson, Hong Chulki or Jason Kahn, but here Krakowiak builds a more emotional cacophony out of the debris at hand than those brainiacs. Here and there, recognisable fundamentals of rhythm are employed only to be erased swiftly by fluent scraping techniques. And unlike the well-trodden path many, many gumboot-shod noisicians have traversed leading from the literal über-clang of Einsturzende Neubauten’s 1980’s experiments with detourned metals, Krakowiaks’s percussion collages are augmented by strange, painterly washes of non-percussive elements. Like meadows. And ice crystals. Or bitumen. The nine track titles refer to places visited, which is counter to the supposed immobility of the mill as mentioned, but could just as easily indicate the path of a tornado. Krakowiak manages to do just as much damage. Recommended. 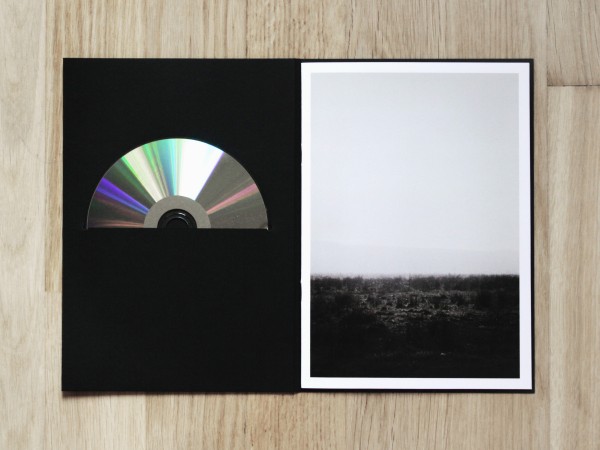 A puzzling artefact here by Nattavaara Rocks. Housed in a black dvd sized card sleeve with barely a legible letterpress tracklisting on the front, the instrumental music contained within is a modernist Spaghetti Western-style mogadon-cowboy slow-core drone with high-in-the-mix tremolo guitars fizzing away like they only just heard about Ry Cooder. It also takes in elements of the Tortoise/Mogwai axis of the post-post-rock movement that even now still sees a teenager with a guitar and a Do Make Say Think album on every rural streetcorner. Although having said that, Ghosts Move Through (NO NUMBER) doesn’t outstay its welcome. In fact, there’s something strangely enjoyable about it; for me, it is simultaneously reminiscent of both John Zorn’s The Big Gundown and Tortoise’s most noodly passages on Standards. There is precious little information in the booklet, just a series of muted colour photographs of trees on an overcast day. Presumably we are to take this as typical of the scenery of whichever part of Sweden the band hail from, and thus gain an insight into their disturbed collective psyche. The booklet itself, as an object, appears to be hand-made. Pleasant to look at but overall the package is a little austere in content and slightly unskilled in its realisation. According to their Bandcamp page, there is a previous release by the name File Under Debris from 2009, and the briefer-than-brief press release (if that is indeed what this little slip of paper that just fell out actually is) asserts that Ghosts Move Through is, in fact, their third album. However, to the best of my online search abilities, I can find no hard evidence of another title. No matter, Ghosts Move Through works its way into my cerebellum with slow inevitability; much the way the radiation dust inexorably approaches Melbourne in Nevil Shute’s post-apocalypse novel On The Beach, and like the doomed inhabitants of the fictional version of that city, I wait for its deadly effects not with a sense of horror, but with anxious resolve. Like the best purveyors of this style of music, there’s more than a little sense of impending apocalypse about this music. Something about it makes me imagine some new, awful kind of tragedy’s inevitable approach.