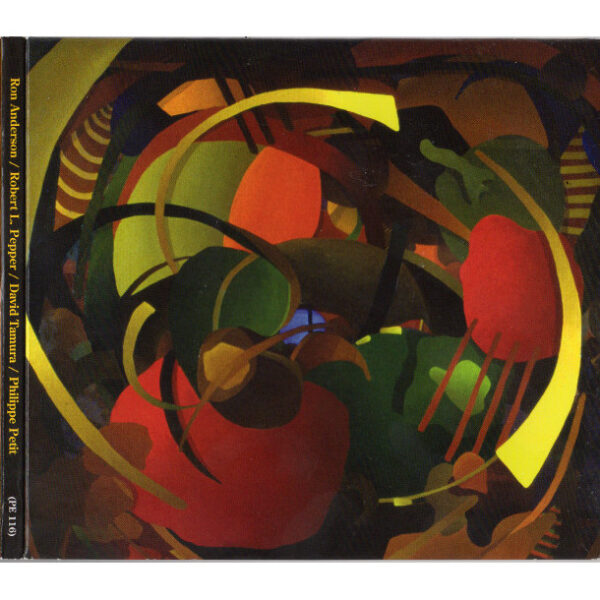 Closed Encounters of the 4 Minds (PUBLIC EYESORE PE 116 CD) is a Technicolor fandango with saxophonic rubber appeal and noodling crunch ripped from the Gunther Wüsthoff 1972 school(house). The team of Ron Anderson, Robert L Pepper, David Tamura and Phillip Petit sound like some great lost Krautjam bisected by at least two oblique planes of interdependent electro-primitive thought. Meaty woodwind textures meet pleasingly brut electronic goûts: skronk, scree and scribble, and guitar like Sonny Sharrock shredding on a deflated balloon model (puppy, pink). Faustian in spirit, contemporary in approach, fizzing with energy and textural gluttony. All is spiked with some splendidly sour untunings. And we haven’t even got to the synths yet! Don your frogsuits and head to your nearest ball pool for a spatial mind discombobulation of the most effervescently conglomerate nature. Did I mention the gnarly Sax-ing? There’s some bass in there as well. In part this resembles a psychedelically disorientated and gibbering Prime Time. Depending on your mood or whether something’s finishing on eBay this might be a bit much for one sitting, truth be told the combinations, although various and intoxicating of ingredient, over the course of the 8 tracks do not in themselves vary in manner of assembly all that much. It was all recorded live, one take, as we like it, though, so we can forgive them some. It does also ease off a little on the throttle by track 7 (out of a potential 8, folks), for a minute or two at any rate. Then they pile everything in again. Whoosh! And there’s the Sax!

All in all, excellent, heady, stuff. With a real sense of play that connects it kraut-wards. I urge those of you who crave something unselfconsciously experimental, catchy and sufficiently gritty to effect a little brain scouring to enquire within, you may enjoy these primary coloured scrambled eggs. 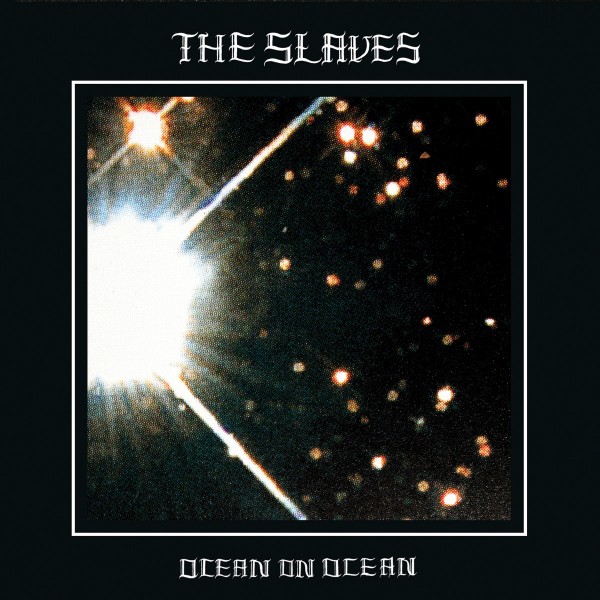 So, The Slaves. What are these slaves up to? Heaving slabs up the sides of the Great Pyramid of Cheops? Hewing long-lobed nobles from the volcanic rock of Rapa Nui? No, drifting beatifically in a fuggy guitar haze and buzz, it seems. ‘Shoegazing’, then. Disconcertingly the opening track on Ocean on Ocean (HELEN SCARSDALE AGENCY HMS 023) replicates the chord progression of Caroline K’s ‘Tracking with Close Ups’ from her Philip K Dick and John Brunner referencing ‘Now Wait for Last Year’ album, it moves on quickly enough, though, with heavily treated vocal washes over billowing, burgeoning drone. Windy & Carl with added buzz, a salty, psalter-y Roy Montgomery edge with an oceanic tang. I sort of remember Transient Waves who put an album out on Fat Cat in the late 90s being something like this, and from San Francisco, like the label.

While the first song pans out as we may have expected in a guitar and vocal blend, by the second The Slaves introduce us to a somewhat wider instrumental palette. Brassy polysynth chords, ominous synth-bass progressions and a synthetic soundtrack touch dominate, fleshing out the guitar drifts. Glancing at the track titles ‘Sweet High’, Wild Ride’, ‘I’m in Heaven’ the suspicion that some sort of not-so oblique David Lynch references are being deployed begins to form. Further into the album tortured guitar solos in the back of the mix, feedback, and vocal harmonies bellowed out some way from reverbed indifference mean that although ethereal harmonies are an ingredient this also has touches of the darker shadings of Hollywood-era Lynch. So despite any potential fears of lassitude or mopiness there are some tensions and dynamics here as well as lateral swell. Not to mention a pop-like melodic sensibility, almost like a doomy fractioning of the Pet Shop Boys’ synths (which admittedly isn’t all that an appealing prospect). Oh yes, and it is also probably a lot more like Julee Cruise – but then you had already guessed that.

The Slaves’ sound is built with layers of heavy guitar, synth and vocal textures and there is an ambient metal weight to the music on Ocean to Ocean in amongst the melody. Slow motion waves of effect-out guitar and vocals swell and roll like many a Kranky act has over the years. You can still gaze at shoes or pass out to it, if you wish, but there’s some artfully placed grit within the drift.

To be honest I have my suspicions about neo-Shoegaze type things, and they remain unallayed, but whilst essentially a genre album, and as such delivering pretty much what you might be led to expect due to genre associations, signifiers and references, produced attentively, you do get some added spice and contextually unexpected detailing in addition. Which might be a good deal, if it sounds like your bag. Like buying yourself an Easter Island head and getting a free stone hat thrown in.