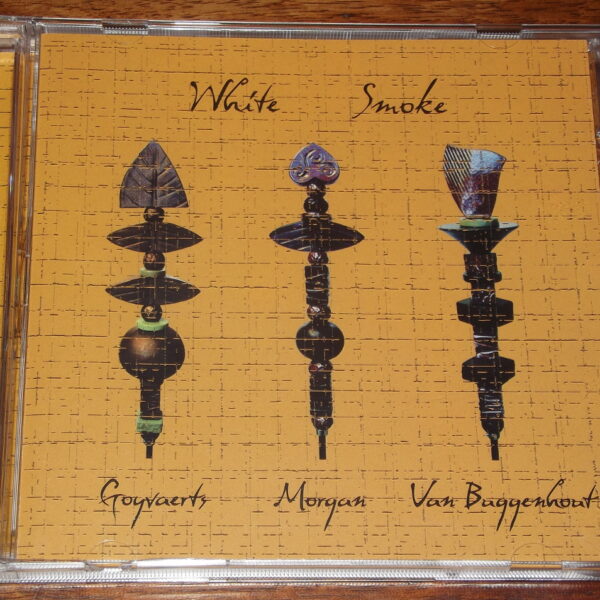 Something’s on fire. The last release on Creative Sources I heard/own was Bear Ground (cs143) by the quartet of Matt Milton, David Thomas, Ryan Jewell and Patrick Farmer which is a few years back now, and featured what sounded to me like a fairly airless, paranoid and brittle take on post-reductionist improv – so far so good. Given this disclosure, perhaps for a sound and comprehensive overview of the previous output of Creative Sources, (and it is a not inconsiderable glut, given that the label is now well over two hundred releases), I can refer you to Richard Pinnell’s excellent website The Watchful Ear, where he is attempting to meaningfully appraise, among many other excellent recordings, every Creative Sources release he’s ever been sent by that label. Which I’m assuming is all of them.

Given my limited experience, I can say that what I do know about Creative Sources, however, is this:

Creative Sources will apparently release anything sent to them that fits their electro-acoustic improv remit, so long as the artist shares the cost of production with them. This, perhaps, explains why there are so many releases. Such a strategy will not only ensure a healthy amount of upcoming material, but also makes the label’s cashflow strategy a lot easier too. Plus, a label with a vigorous release schedule should attract serious practitioners. Indeed, their roster includes such luminaries as Tetuzi Akiyama, Steve Beresford, Cyril Bondi, both Angharad and Rhodri Davies, Axel Dörner, Jason Kahn, Toshimaru Nakamura, the list is huge actually, you’d best go look at the website.

Even after the first minute of the first track, ‘Fire Jumpers!’ on first listen I can say categorically that White Smoke is very much my cup of tea. So here we have a lengthy, half-crazed exploration of each musician’s technique, extended or otherwise, in an exuberant free-for-all guaranteed to cap the naphthalene, right? Right.

Creative Sources’ critics may be unkind and dismiss their perceived “come one, come all – bring your wallet” approach, but this certainly isn’t borne out by the music contained within this CD, or by the sleeve-notes written by Antwerp’s Radio Centraal representative John Rottiers. He begins “This ensemble isn’t an ordinary Jazz Trio…” and he’s right. Both Mike Goyvaerts and Jeffrey Morgan are veterans, and while we are told this is Willy Van Buggenhout’s first foray on a recorded work, it is clear all three are a serious proposition. This disc puts me firmly in mind of recent performances I’ve seen by UK equivalents like Alan Wilkinson, Roger Turner and Steve Beresford, or Amplified Trio, the John Coxon/Ashley Wales/Han Bennink recording on Treader, for example.

The instruments mesh together well despite at times an extremely ‘out there’ approach to his EMS Synthi by Van Buggenhout. In general, the material seems to keep strong melodic elements while structurally, things are being turned on their head. There is also a tendency to resolve each piece naturally, rather than letting its elements wander to a conclusion, which I like. The choice of instruments allows for combinations of sound-making tactics where the source instrument making each sound is unclear. On ‘Wild Boar Hunting’ for example, the saxophone parries with saucepan percussion and EMS squelch-clusters like Stockhausen suddenly transported to the set of 1970s tv series Space 1999.

There’s a great section in ‘A Treasure Of Sulphur Clouds’ where the EMS is made to imitate the sound of distant racing cars while both percussionist and sax player agitate their instruments in the foreground. After the decidedly maximalist approach on the first half of the album, things get pared back significantly on ‘The Dawn and the Dream’ and ‘Wings and Arrows’; the longest track on White Smoke at just over eleven minutes. Closing track, ‘Burial Grounds’ is the most experimental in nature, producing dense, oil slick electronics not unlike the UK’s Gimlet-Eyed Mariners. A clean and sombre conclusion.