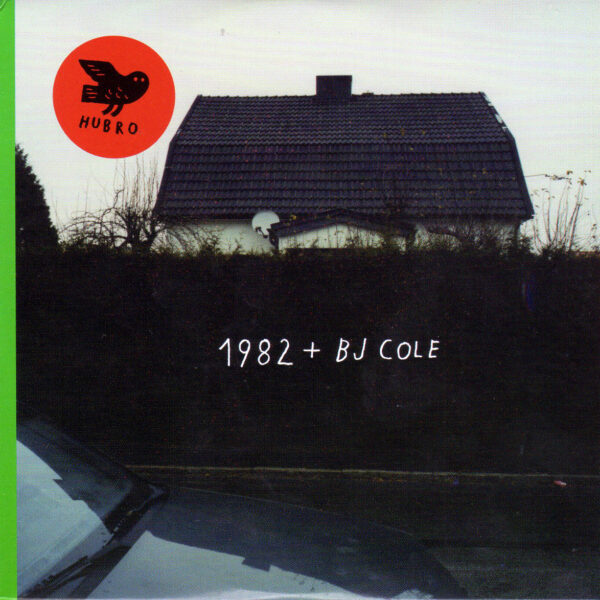 In this latest episode of musical wanderlust, steel guitar raconteur BJ Cole climbs on board with 1982, the trio comprising Nils Økland, Sigbjørn Apeland and drummer Øyvind Skarbø. The atmosphere is – and I offer the cliché without apology – ‘cinematic’. It speaks of sparseness, topographical isolation; the opening tracks redolent of the rural expanses of some Midwestern period drama starring Liam Neeson. In places, there are dim reminders of Bill Frisell.

In the opening, Apeland’s harmonium sets the tone of mournful grace, cueing a handsome entrance from Økland on the violin, which strides with dignity through the sparse, shuffling undergrowth. Like some wood-whittling background extra, Cole maintains a low profile throughout the opening track (entitled ‘09:03’, after its duration); a markedly different persona to the gregarious one I (last) encountered on the Luke Vibert collaboration, Stop The Panic. But moving in to the second track, he assumes a speaking role, gracing us with a voice both dynamic and dynamically varied. Sometimes tremulous, sometimes tremendous.

At times the air of mournful contemplation becomes almost nautical, as though fantasising of faraway seas, a ghostly galleon in the frozen morning fog, courtesy of the quiet swells of seabed-still sea shanties that emanate from the harmonium; the lilting, airborne twangs of steel guitar that conjure up Coleridge and vanish without warning like Ahab after his white whale. These are subsumed by alternating episodes of urgency (in which the erstwhile laconic Skarbø rallies his most determined rhythms) and muted pondering, marked by the albums distinctive tendency towards droning and daydreams.

In contrast to its relative brevity (just over 33 minutes here), there is depth to this recording that lends it the richness of the landscapes it evokes. The musicianship is beautifully restrained and intuitive to the point of identity surrender. The listening experience is rewarding and utterly recommended.