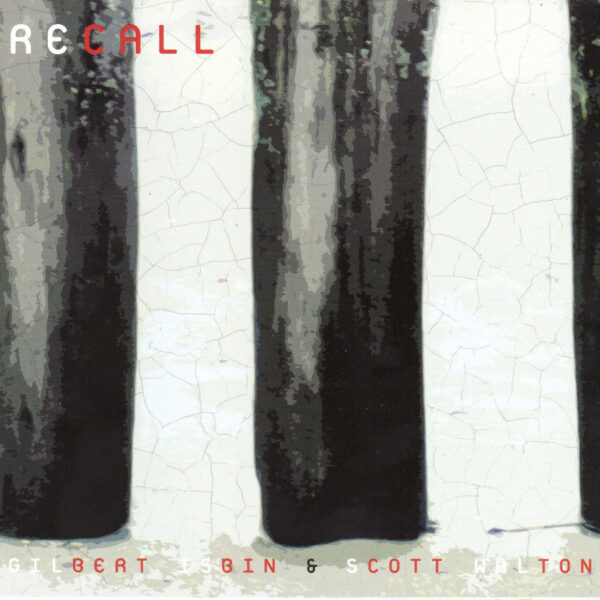 The Lute. Not exactly the most popular of acoustic instruments in this day and age. With its roots in moorish culture (its father being the Oud), this twenty-four stringed creature really had its purple patch from the fifteenth to seventeenth centuries. So…trying to list lutenists of note isn’t a particularly easy task. I guess for many, classical virtuoso Julian Bream would come in at number one. But let’s not forget, it was the second instrument of choice for Jan Akkerman of Dutch progsters Focus. They’re also employed by doublet ‘n’ hose revivalists from seventies Britain: Amazing Blondel (LPs on Bell and Island records) and…didn’t Milord Sting suffer a commercial petit mort a few Christmases ago by unleashing a solo lute album on the unsuspecting public? It seemed then it was only Important Records’ soloist Jozef Van Wissem who could be seen to be taking the lute into century twenty-one. Not so fast. Another entry to the canon comes in the shape of Recall by Gilbert Isbin & Scott Walton. A collection of partly scored and partly improvised pieces that are constructed with the unusual pairing of Isbin’s lute with the thrummed/arco bass propulsion of Scott Walton. This well-mannered clash of left-field jazz, contempo chamber techniques and extensive experience in recording/gigging (collaborations including George Lewis, Wadada Leo Smith, Jaap Blonk, Hugh Hopper a.o.), knit together as a winning example of boundary-blurring creativity. There’s nothing too spikey, too hectoring or overbearing on show; after all, the longest cut comes in at a more than manageable 3.21. “Knomish” for example, is an exercise in medieval mystery themes; a chase amongst the cloisters that concludes in some pretty busy finger-cramping fretwork. “Solace” and the lyrically sublime “Panting” point towards the same kind of inventive fizz and sparkle that was found in Feliu & Joan Albert’s standalone prog album from ’77 (albeit filtered through an ECM-styled ambience). This is all you could hope for in a two-man set-up such as this – totally receptive playing – with ears w-i-d-e open.