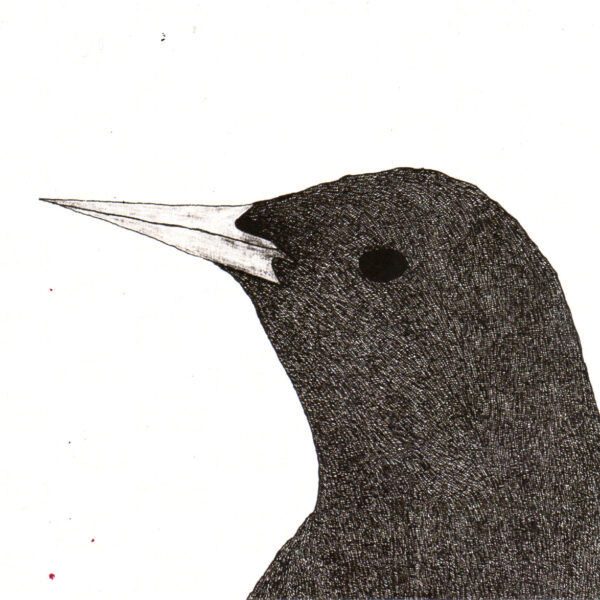 Lata
Starlings
EXOTIC PYLON RECORDS EP10 (2012)
A collage of electronic pieces loosely tied together by or tied in with personal memories of the artist involved, one Jacob Burn, of moving to London, given some sort of autobiographical resonance thereby. The theme involves travelling by train, the sound of starlings in a station in India while travelling, the line extension out to the east of the city in London. Certainly the account of these memories included in the press release provides an ingenuous sense of burgeoning enchantment with a new home in a new town, and indeed a new commuter route. Like a Trans-Europe Express retooled for the less obviously romantic 21st century suburban Britain, a subtle linkage of momentum runs through the un-indexed 40 minute CD, whilst we pass through electronic environments noisier and more melodic in turn. None cut too deep, though, or drift too far from an electronica template. Beats and pads are never distant, although often given a light mangling. Rather than a unified piece there is more the feeling of one side of a c90’s worth of sketches – related by proximity more than anything – to be listened to on a Walkman whilst wandering wanly and without fixed goal. An abstracted reverie induced contemplating upholstery patterns on public transport backed by the peripheral strobe beyond scratched windows of urban and suburban landscapes gliding past. Approachable and accessible, with filtered hints of two decades’ worth of ambient electronica, it meanwhile doesn’t linger too long when as it finishes you step off the train and plunge into a more expansive and dynamic sensory environment. However, as a curio or for completist collectors it should exude a certain cache which should not go entirely unheeded.

Slow Listener
The Long Rain
EXOTIC PYLON RECORDS EP13 CASSETTE (2012)
It pleases me to be able to more wholeheartedly recommend, by way of contrast, these haunted episodes from the kitchen sink. Live in the small hours we encounter (seemingly) such sound sources as ectoplasmic bleach and an animate sugar bowl. Tongs scrape purposefully into a Dictaphone – marvellous midrange frequencies that we find so appealing – while all through the house a heightened sensibility stirs a chipped china tea cup and a close-up of an eyeball to reveal the fluttering of a moth’s wing against audio tape, to slipper-tapping effect.

Pleasingly decrepit scuttlings and wheezings of nocturnal proportions are backed with warbling swells of ring-modulation and mangled mutterings. All knitted quite effectively. There is something tweedy about the general ambience experienced, like a dog-eared and foxed copy of a John Wyndham Parkes Lucas Benyon Harris disaster novel 1 lying under a threadbare sofa while a grandfather clock winds slowly down in the hall… Where have the people of the house gone who maintain and wind the chronological apparatus? (Worry not – merely on holiday at the seaside).

Overall contents, then, comprise sufficient scumble and roughage for an evening’s ingestion crammed and smeared into two clanking 20-odd minute sides of cassette. Crumbly and nutritious.