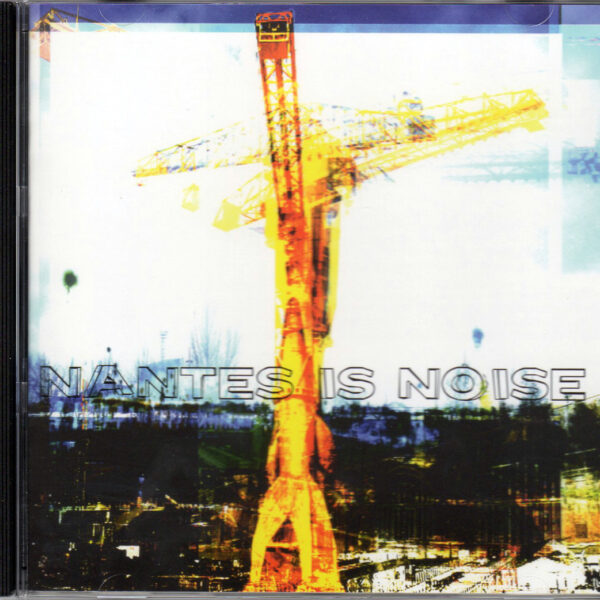 Wistfully, I used to regard the acts from America that would visit Nantes, located just an hour from my mother’s house, whenever I WASN’T visiting her. Had I known that the city’s native talent dwarfed many such seasoned acts in intensity and singularity of vision, I would have moved there in a heartbeat.

The tracks assembled on this scene sampler herald from two civic-minded local entities in a right-minded joint venture: APO33 is a non-profit, cross-discipline cultural collective, while Fibrr is a cross-media label sans ‘traditional direction’ (innit). In more concrete terms, their common predilections for noise, and psycho- and electroacoustic sounds dovetail deliciously, for this compilation blends as seamlessly as a mix for the most part. Speaking as someone with a long history of sampler-mining – often yielding just a few choice baubles for my own CDR compilations – to encounter such a sterling selection from so (ostensibly) nondescript a city as Nantes is rather like happening upon a new Rennes le Chateau.

While not necessarily groundbreaking (what is these days?), the selection is tastefully ear-damaging, judicious and undoubtedly does justice to the oeuvre of a venerable musical pantheon. Many of the pieces are processed and elemental in sound – bearing the bastard brushstrokes of Bernard Parmegiani, Aube, Daniel Mensch and their ilk. Wehwalt, Picket and Semantik all turn in pieces that call such names to mind, albeit with a developed sense of disorientation: metal screams and pans painfully left and right; a motorbike engine floods in a foggy swamp; telescoping glass staircases fold and dissolve in a shower of sine waves; a chorus of spin cycles has me turn the volume in the belief the sound emanates from the flat next door.

And if you’ve not completely scoured your scalp and macerated your monitors with Merzbow, then you really ought to check out Julien Ottavi’s boiling, blistering blitzkrieg, ‘Allegro’. I often feel safe with Merzbow – there’s a merciful, human side to his music that Ottavi’s utterly lacks. His nocturnal cutaways – rather than relieve the weary listener – merely burden one with the fear that the onslaught will return. At the other end of the spectrum, album opener by Keith Rowe flies the fear flag just as freely, sound-painting the Dagobah swamp scene from Empire Strikes Back: the silent, hanging mist split-second sliced by a slimy tail, or rather, a series of reptilian hisses and slithers. Rewards are legion for those who PLAY LOUD.

I feel spoiled saying I’ve heard a fair amount of this sort of thing before (though it diminishes my delight nought), so I’ll confine myself to remarking on how lucky my neighbours are to hear this CD. I have concluded that there’s not a dud track on here, though I was lured on one or two occasions into suspicion. Do yourself a favour and investigate the scene I should have done while I had the chance.