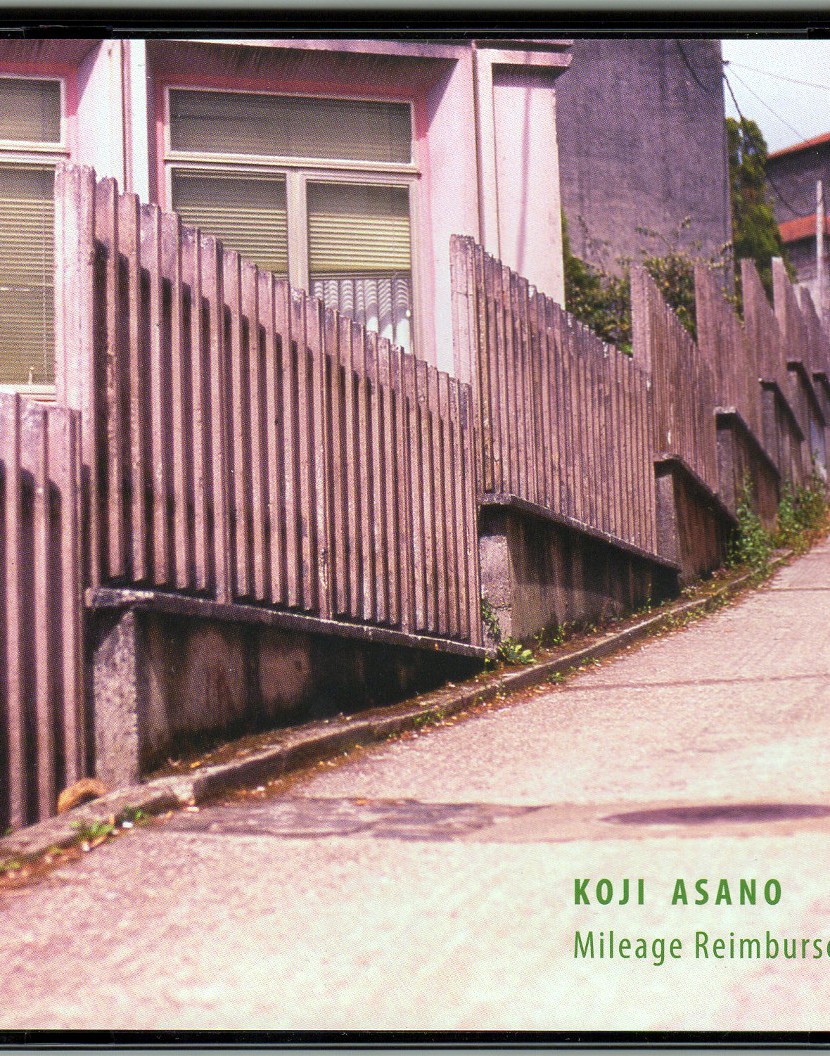 Koji Asano’s titular concern with getting money back from mileage is something that usually pre-occupies primarily office-based workers in “the real world” who have to visit clients using their own cars, rather than prolific, top-flight international composers who presumably get flown business class from concert to concert; international festival to international festival, deservedly living the high life of champagne and canapés, indulged by obsequious events organisers, fawning funding administrators, a well-paid press officer, a compliant tour manager and sycophantic personal assistant/s who together ensure only the best venues, the most perfect sound, the most over-appreciative audiences, the most sumptuous accommodations and impressive dining experiences. Surely, working out one’s mileage should be the last thing on a composer’s mind?

I get the feeling that Koji Asano is firmly grounded in reality. And what a reality. The banal reality of a housebrick? If it’s a Regency housebrick set in place with the famous delicate pointing, then yes.

Mileage Reimbursement is an impressive long-form composition that kind of reminded me a little of John Wall’s work but without quite so much of his obsessive, microscopic detail.

When you press play for the first time with this disc, it is like opening a sluice gate; a torrent of information is set free. Witness the birth of new algorithms straining under the weight of their own potential. The piece itself marches on relentlessly for over an hour with horrific, curling, regenerative tendrils. Listening from another room, it sounds like the English Civil, Crimean, First World and Second World wars all happening simultaneously. There’s possibly the crash of orchestral cymbals somewhere within the digital sizzle around 50 minutes perhaps but by this time I’m seriously wondering if everything I’m hearing now is actually part of the piece or just an auditory hallucination. After more than an hour of sustained assault, the piece ends not with an even bigger bang, but just seems to fall away, as if suddenly losing its footing on a dry, crumbly cliff edge. Terrific.

I should say that I’m new to Koji Asano’s work. But I can tell you that this is some of the most oppressive, headache-inducing pressurised music I’ve heard in a long time.

Asano is prolific – forty-nine albums and counting since 1995 – and self-releases his work exclusively on his own label, Solstice, (the only two exceptions to this seems to be a 2002 collaborative cd-r with Joao Castro Pinto called Deconstruct_Rebuild on Grain Of Sound and an untitled mp3 release on Falsch from 2000), – you can almost feel the iron grip he has on his product, and that is all the more to the listeners’ benefit. I urge you to investigate Koji Asano as soon as is practicable if you don’t know of him already, and Mileage Reimbursement is, for me, a great place to start.