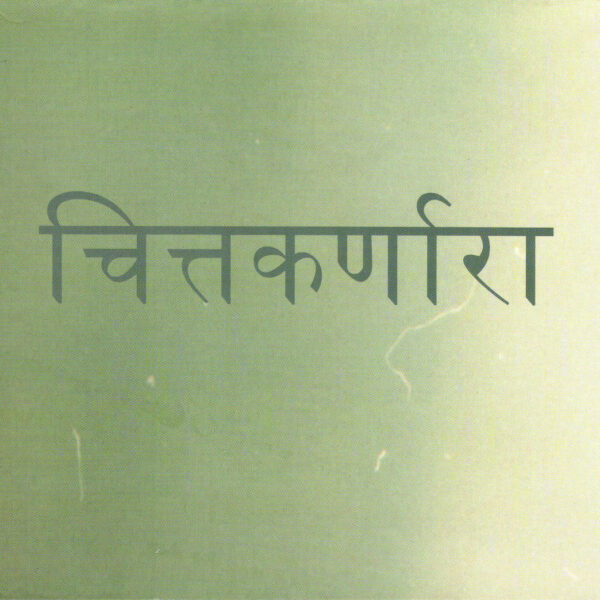 David Kirby used four tape recorders to build a large-scale collision event of music, sound and noise on Cittakarnera (COPY FOR YOUR RECORDS CFYR007), a title which to my way of reading implies something about “carnage” in a “city”. If you accept this hypothesis, you will hear a very appropriately urbanised and chaotic mashup on this lively sprawler. Kirby manages to lift himself away from a linear trajectory in his composition, and produces blocks of sound that are almost “sculptural” in the way they are assembled, hammered together by means of sledgehammers with all rough edges protruding. It’s also good to hear the essential wobbliness produced by tapes spinning on capstans, real machines working in real time, that reminds us that not everyone in the world is completely sold on the notion that all things have to be done “virtually”. Kirby’s sounds may not be especially innovative in their treatment, but he’s collected an incredible jumble of exotic surprises on his tapes. The real art lies in the way he’s assembled his materials: the edits are vibrant and vivacious, offering glimpses of the oddness and unpredictability of life through an illogical, free-associative method. (09/08/2012)

“Base Material?” Oh, not more musicians who want to persuade us that they’re actually “alchemists”, rather than musicians – that’s a layer of mystification we can do without. Fear not reader, because on this occasion it’s our good friend Tim Olive, the Canadian improviser who has never short-changed his audience with a careless release nor faltered once in his selection of imaginative and innovative sparring partners in the practice arena. His comrade in arms this time is Kikuchi Yukinori, the fellow behind the TestToneMusic label and also founder of the extremely odd what-is-it project Billy? in the early 1990s. The duo collaborated in 2010 on Difference And Repetition, but for Base Material (TESTTONEMUSIC TTM-011) they did the collaboration by mail, Olive recording his amplified electric guitar and electronic set-up in Osaka and then sending it to the electronicist and computer-man Yukinori for his additions and final mix. As such the record is not a document of collaborative performance, but is all about the raw sound – a darkly elemental churning mass of crunched-up metal writhing below the surface of the earth. At worst, it may be no more diverting than a battle between two motorised toy aeroplanes, but at its best, it can produce a powerful grind: as indifferent to the petty concerns of mankind as an unknown agency working underground, quietly biding its time and eroding the very stones on which we stand. (26/09/2012)

Now for some remorseless and heavy noise music from France. The French really know how to deliver a good clobbering to the nervous system when they get their amps warmed up, using their feet as well as their fists (Savate, in short) when they face the enemy, enabling them to reduce all opposition to ten pounds of Steak Tartare. The CD 2011 (TOURETTE 030) features the amazing team-up of Vomir, our favourite all-black nihilist who for a long time was the undisputed champ of “harsh noise wall”, with Marc Hurtado – one half of the famous French group Étant Donnés, one of the more bizarre exponents of the Industrial school of the 1980s and 1990s (I for one never really “got” their music). Hurtado also did the cover art, producing primitive symbols rendered in effective splatter-mode painting. Clearly the two collaborators hit it off as only the French can, bonding over many a bottle of Merlot, then retreating into a cast-iron casket armed with wooden clubs to record these claustrophobic horror episodes. The listener is treated to solid walls of roaring abstract racket, chugging tape loops that dig themselves into the ground like pile-drivers whose operators have gone insane, and (very occasionally) the howling voice of Hurtado pitching his wordless hurlements of despair like a jackal being throttled by his own metal collar. Hurtado also contributes certain unnnamed instrumentation and produced the album. On evidence of this, he’s still a major heavy hitter. And just look at those titles! Single words, all elemental images of electrifying power…Fire, Shadow, Earth, Sky, Flesh, Heart…Besides the palpable aura of grief and despair, what we have to admire on this album is the utter single-mindedness with which the sound is pursued, the ambitions realised…no quarter is given, no respite offered from the pounding madness. Much as we love Vomir’s early records, we would have to admit (as he himself often did) that they could be very flat and monotonous, but the surface of this recording is far more varied – well, just varied enough to make it somewhat more bearable while still insisting on the solid core of insufferable Hell. 12 tracks of interminable misery…if you can get past the harsh screechy-hiss which opens each cut, you’ll soon find yourself immersed in a lake of solid clay-like filth which clings clammily to every pore of your body until you can’t breathe. How can you resist an experience like that? (12/10/2012)

Hmm, this post seems to be taking a rather morbid turn. In keeping with that perhaps we should conclude with an album that bears a skull printed on the cover. Sky Burial‘s There I Saw The Grey Wolf Gaping (SMALL DOSES DOSE115 / FIRST LIGHT FL01) is not actually that morbid at all, and instead the American musician Michael Page and his talented crew of collaborators have built a brooding and mysterious piece of “epic” solemnity, redolent of unknown ceremonies and the dangers faced by primitive man in prehistoric times. We have noted Page some years ago with his noisier project Fire In The Head, which is a personal outlet for his more extreme and brutalist statements, but Sky Burial (started in 2006) reflects another side to Page’s troubled soul, more contemplative and melancholic, producing stern-browed and deeply-layered droney dark ambient music. Where most of his releases have been solo exploits, he’s joined here by numerous collaborators: Jarboe of Swans; Danny Hyde of Aural Rage, Coil and Psychic TV; the German duo Troum, who used to be Maeror Tri; the vocalist Annie Hogan who appeared on certain Soft Cell records; the introverted electronic musician Xiphoid Dementia; and the Icelandic vocalist Jóhann Eiríksson. I mention these names which may help you situate the tenor and tone of this music, and to point out the large number of guest vocalists; although there aren’t any songs, this is apparently the first time Sky Burial has featured the human voice so prominently. The surface sound of this record is incredible – lush and well-polished sounds reverberating into infinite imaginary distances. But some may find the very slow and solemn pace grows wearisome, and Page exhibits little interest in structuring his music with dynamics, changes, or other musical signposts. Consequently, most of the album is a diffuse mass of long-form ambient murkiness. (16/10/2012)