An astonishing outpouring of energy from Invisible Things on their Home Is The Sun (PORTER RECORDS PRCD-4069) album. The label Porter Records is often home to some far-out free jazz enterprises, but this bizarre monster has most of its clammy paws planted in the art-rock camp…the duo of American players Mark Shippy and Jim Sykes realise most of this dazzling escapade with a guitar and drums set-up, although Shippy also adds rich keyboard layers and sings, and guest player Jeff Ziegler is on hand to supply further keyboard goodiness like so much cookie dough. Drummer Jim Sykes apparently bases his work on a deep awareness of percussion methods from Sri Lanka, applied to modern instruments…given that Sri Lankan percussion traditions are said to be about 2500 years old, and at one time the culture had over 30 different types of drum, this is quite an achievement. On Home Is The Sun, there are 17 short tracks which are in fact index points for a enormous whole thing, a continual and overwhelming flying carpet of remarkable music. I think both players come from a Chicago background, with respective histories in bands Parts and Labor, Grooms, Marnie Stern, U.S. Maple, Miracle Condition, and Shorty, and have been honing this approach to their craft since they met in 2009. Impressive, and not just admirably clever; it rattles and roars with unhinged, psychedelic mayhem. Personally I far prefer this open-ended and juicy lubed-up style of playing to the tight-ass precise renditions of Om, for example. The electrifying cover art truly lives up to the music within. From 9th October 2012. 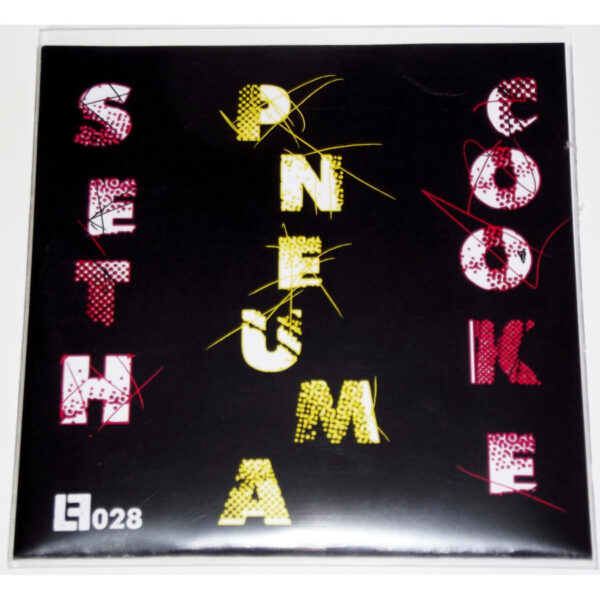 Seth Cooke realised Pneuma (LF RECORDS LF028) using just his crotales (percussion instrument, a specific type of cymbal array) on one track and a pneumatic drill on the other, hence the title. Certainly a process piece, requiring long duration; two tracks at nearly half an hour apiece; gradual shifts in timbre across continual tones. But not an infuriating piece of semi-preciousness, Cooke’s work retains a steely core of hard-edged realism and never drifts off into the clouds of ivory-tower aesthete-land, where velvet-caped fops may shower you with lilacs. If you just read about the crotales piece, it may put you in mind of soppy singing-bowl type music, but when you actually hear it it’s as sturdy as a sheet of tin; it just hangs in the air like an unyielding, brutal, fact. The drill piece is also surprising; far from the industrial noise-brutality some listeners or fans of SPK might expect, it’s an ingenious well-structured composition whose every waking moment is a vehicle for contemplation. “Drills are the aspiration of the male saga”, is all he’s prepared to tell us, by means of an obscure quote; no doubt he’s alluding to the phallic qualities of the pneumatic drill, a factor that leads most road workers to take up the job in order to cure their problems of impotence and flaccidity. There’s nothing like feeling a powerful metal shaft surging between your thighs to cure those erectile tissue problems. If Cooke can tame the savagery of this particular mechanical penis-like device, methinks he could set out a plausible plan for altering the entire mind-set of the modern world, by a combination of chemical processes and other, more occult, strategies. Given Cooke’s wide range of useful skills – he is a sound artist, percussionist who plays unusual objects, and a practising psycho-therapist – anything seems possible. From 27 December 2012. 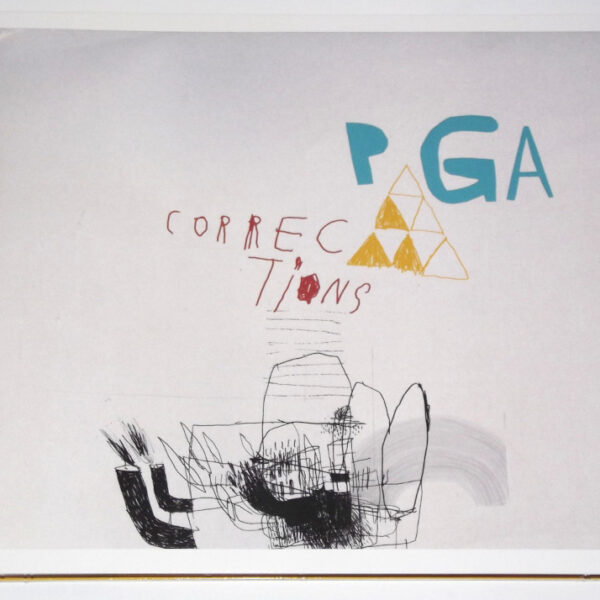 Third release in from the Norwegian Va Fongool label, and this time we’re moving away from the high-energy high-decibel clattery rough-house parties that Eirik Tofte gravitates towards for his Oslo-based label. PGA are the duo of Jan Martin Gismervik and Fredrik Luhr Diterichson, who perform all of Corrections (VAFCD003) using just an acoustic bass and drum set, though the duo are joined by the brass players Nørstebø and Larsen for a couple tracks. Very far from jazz, music, or even improvised music – this intense, minimal stuff just creaks like broken boughs of an old oak, while sloughing its way out of the speakers like three-day old porridge. I just love the severe and sullen aspect of their sound, which makes virtually no concessions, refusing to be held hostage and turning many debtors away from its door. The pair themselves are far from being cranky old geezers though, and come to us from lively backgrounds in group playing – Moskus, Skadedyr, Sagstuen, Karokh, and the Wolfram Trio, where they both played – see here for a review of that album, also on this label. Apparently the rhythm section couldn’t make themselves heard about the blurty racket from tenor saxman Halvor Meling, so their only course of action was to have him assassinated. The Norwegian Mafia were hired to do the job, and they sealed Meling’s feet in a bucket of cement and then threw him in the Hobølelva. With “Old Hooty” out of the picture, Gismervik and Diterichson could proceed unimpeded with their new minimal plan. Sure enough, pared down to a duo of scrapey wooden and metallic noise-production using highly innovative methods, this pair have a chance to shine – or at least to glimmer like the limpid light of a pond in a heavy fog under the obscured winter sun. Arrived 23 October 2012. 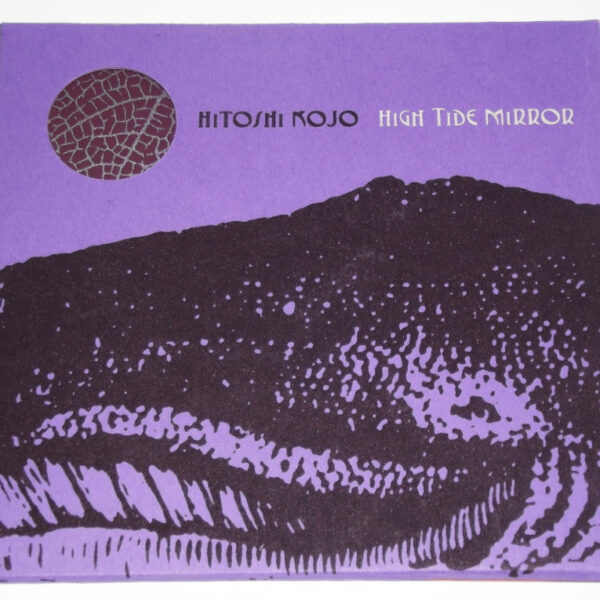 We last heard from Hitoshi Kojo with his Omnimoment CD from 2012, although this unclassifiable Japanese musician is also one half of Jüppala Kääpiö, a name which betrays his likely preoccupation with modern Finnish music and its eccentric psychedelic clutter. High Tide Mirror (OMNIMOMENTO OM06 / SHINING DAY SHINE 12) contains six pieces of very accomplished layered studio working, where whatever instruments were originally used are cunningly blended and morphed into kaleidoscopes of shimmering, bustling sound. Not a surface is left unfilled in these incredibly “busy” scapes, presenting elaborate views of a colourful fantasy world. I am always deeply impressed by the surface beauty of this music at first listen, but then find my attention wandering and I begin to wonder if they really need to be nine or twelve minutes long, since little of any value is added by the duration. Instead of of 6 long tracks, it might be interesting if Kojo were to present 24 short tracks, where the intense and dazzling strangeness of his inventions could astound the listener for a precious moment, then swiftly fade away like a vanishing dream. The cover is fantastic, made of screenprinted card with a cut-out hole and a triangular flap, with sumptuous images of foliage and sealife.