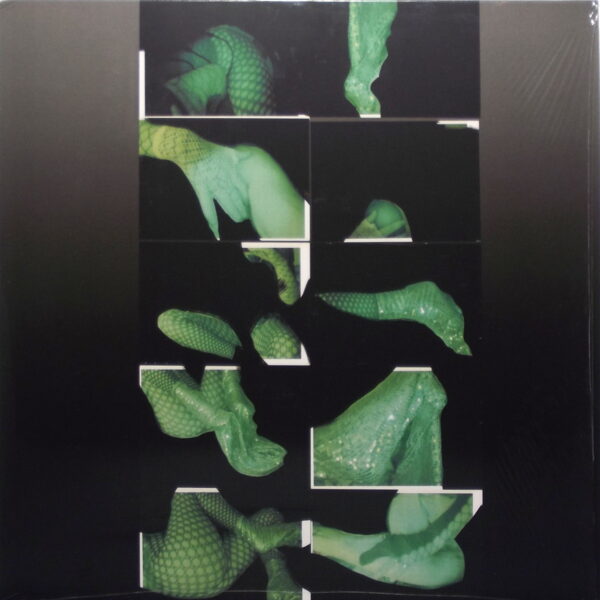 Murky results from a piece of serendipitous endurance recording which mortally challenges the musicians’ minds and bodies, if you believe the snow-bound PR for this slab of worrisome and isolating drone-creep. Indeed, there is a cheerful account of being trapped in the studio in a particularly heavy snow storm on the editions Mego website. Nilsen and Stilluppsteypa somewhat matter-of-factly say this: “…so we decided to work on new recordings influenced by the situation.” Harrowing.

The first side of this long-player strongly evokes a feeling of growing unease. The music is a type of crawling, dark ambient affair, cataloguing ghoulish nocturnal manoeuvres; lunar orbits shifting, transient mortality; distended roots systems taking up brackish water. Saturated ground, saturated tape. Stunted seasonal growth. Weird shapes in the gloom. Time to break out the isopropyl alcohol and clean those heads? Abstract and mysterious concepts are suggested by this music. The sound is crisp and expensive. Clearly they’re using quality outboard in their icy, frostbitten studio facility; here and there a nice vibrato effect. But psychic rations are dangerously low: this music is more wary, and less exuberant, like a young tearaway grown old looking back over a meaningless, hedonistic life at the onset of dementia. Tired, sad, but confused and embittered too. It seems to me that the influence of Ligeti is noticeable in some of the drones used – a lambent echo of the paranoid presence of the monolith in 2001: A Space Odyssey. Or, it could just as easily be the sound of your central nervous system amplified through the PA system on the main stage at any major European music fest. Things you’d rather not know about happen in the distance; hidden by the dust and ash from a million volcanoes. Here be percussive sandstorms, and giant reptiles’ intestines rumbling. Disorienting. High voltage supply voltage lines act as perches for tropical birds. Shortwave radio transmissions almost blot out a very quiet and disengaged vocal right before the run-off groove.

By contrast, the flip is a film of speeded-up crane arms circling around a (sub)urban horizon. A beleaguered vessel far out at sea. A slowed-down, super-annuated organ grinder; his aging monkey’s final breath. Storm clouds gather. The thermometer drops, and the monkey is watching Tron with the sound off. The inaudible digital screams of dying computer servers in an overheating machine room on a distant planet. Fifty years of accumulated dust ignites. The first violin section of the London Philharmonic all wearing skinny black jeans and fluoro-orange Crocs as they are led into the cryogenic chamber. Sheet metal peels back like tin foil as the cockpit shears off and turns to face the wrong way. Barometric pressure is measured by the tonne. Four blows of the lump hammer. Music you can barely hear, like it’s coming from the other side of the planet. Even its creators seem a little disorientated by the results, stating “…as we doctored the tapes of our recordings we seemed to have created weaknesses in space and we developed a total, complete darkness finding ourselves out of this world, travelling without moving, into the flickering green light.”

Cover images made by Franz Graf.