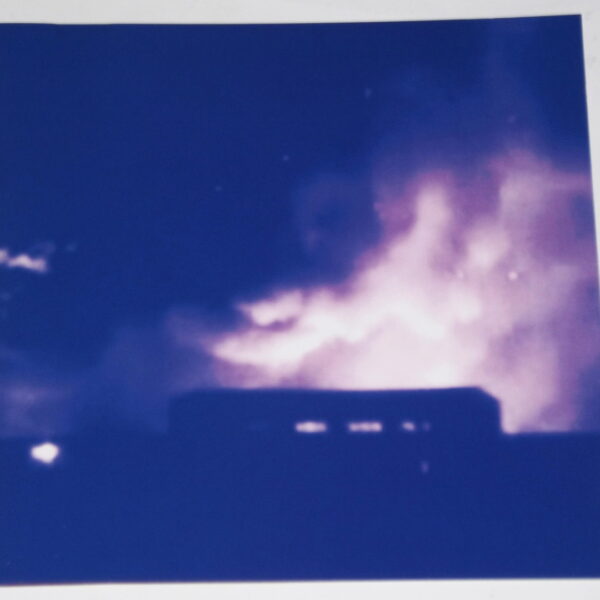 pizMO is a collective / collaborative entity that could be enormous and diffuse, wishing to project a façade of anonymity while also claiming to be a hydra-headed entity of many creators, although it may just as likely be the laptop trio of Christophe Havard, Jerome Joy and Julien Ottavi. The group sent us a copy of blst (FIBRR RECORDS 012) in June 2013. This current line-up is the “born-again” incarnation of the group which began 13 years ago with Joy, Ottavi and Yannick Dauby. In describing this work, terms bandied about include “environments” and “audio architecture”, suggestive of a large-scale distribution of events, statements, and effusions happening – very fleetingly and temporarily – in places which cannot even be identified with any certainty. Ay, it’s hard to pin down exactly what’s going on with this assemblage of live recordings, captured from festivals in France and Norway during 2012, but for over 53 minutes you will experience a continuous barrage of formless, bewildering and strangely exciting electronic music, dispersed over a wide area without explanation or context.

As you have gathered, pizMO have high ambitions for their music, hoping to somehow bypass conventional means of communication and presentation, and even transcend the limits of human perception to some degree; they’d be pleased to see all forms of centralised system collapse, and want to place themselves in the centre of a musical revolution. This is all expressed in a manifesto printed on the artworks, stated in English and in French. Their attitude is redolent of a certain impatience with the way things are (narrow, confined, predictable, monolithic), and a desire to find some new, secret, invisible space of vitality where their music can freely exist and thrive in a near-infinite continuum. The main thing is to ignore and undermine the dominant music industry, and especially concepts of ownership; the work is made available under “copyleft” terms. A lot of this, it seems to me, is about bumping one’s head on technological limits; I get the feeling that pizMO would love to exist as an unending stream of digital data if they could, transmitted forever around the world across broadband networks, and made freely available to the people. The actual music /sound they make is not so incendiary or innovative as any of this may imply, but when it doesn’t lapse into meaningless white noise, this is a very engaging listen, with many unexpected swoops and slippery sensations.