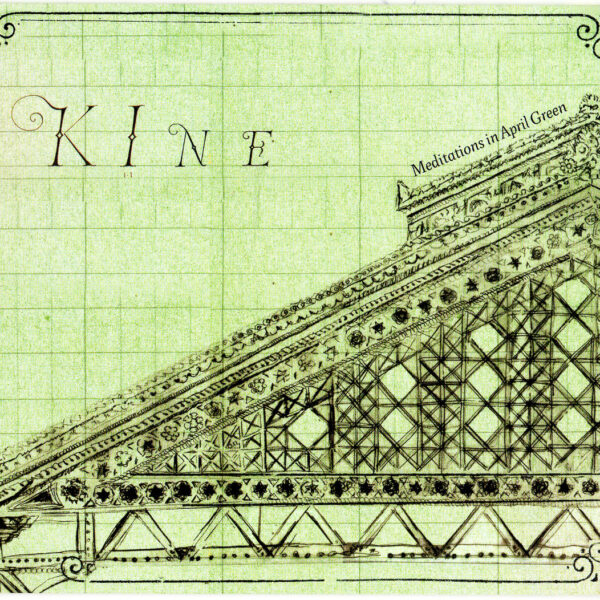 Robert L. Pepper’s PAS have been working on a series of “curated music” releases, by which they mean to showcase albums which represent international musicians that PAS have worked or performed with in their long career. On Kine’s Meditations in April Green (ALREALON ALRN046), it’s the turn of Vietnamese vocalist Dao Anh Khanh to fall under the spotlight. Actually, although we do hear him growling like a tiger and cooing like a baby lamb on this record, it turns out that “vocals” are just one aspect of the work and art of this exceptional creator from Hanoi, who has created numerous sculptures and paintings, installations, and performance events. He turned his back on a career in the police force, where his duty involved seeking out examples of political “incorrectness” among the populace, and perhaps bringing their thought-crimes to a swift and decisive end with his baton. He has since devoted himself to a surrealist-mystical search for the truth, freely breaking taboos and crossing geographic boundaries with his bold artworks, and seeking to “escape to the outer reaches of the universe”. Out in space, is no disgrace.

Under the circumstances, it’s tempting to think he contributed more than his bizarre animalistic roars, grunts and chants to the long track ‘Meditation 1’, and that perhaps his very presence alone inspired the other musicians – guitarist Brett Zweiman, percussionist Amber Brien, and electronicist Pepper – to reach for the sort of twisted, magical, shamanistic post-Terry Riley ethnic drone which they turn in. This 18-minute cosmo-fest alone ought to repay your entry fee with ample hallucinogenic images and trippy vibes, but there are many other great moments: lively flute work from Pepper on ‘Meditation 3’, much cryptical gabbling vocalese from Khanh on ‘Meditation 4’ (he goes completely nuts, if you want the truth), and some indescribably moving moments on the minimally-ambient ‘Meditation 5’, where our Vietnamese friend squeaks and dribbles through pursed lips like an economy-sized version of Damo Suzuki. Strange and unfamiliar emotions are unsparingly evoked on this unusual cross-cultural album.

In places, this release tops the bill this month for sheer uncanniness. I realise the drawings on the cover represent the Brooklyn Bridge, reflecting Pepper’s PAS studio location, but it’s not too far-fetched to imagine that the record itself offers the listener a “bridge” from the physical world into another spiritual dimension, a world of unknowing; the same thing Sun Ra must have been referring to in his poem ‘The Bridge’, when he exhorted: “They must walk the bridge of the cosmic age!!”. 1 From 24 June 2013.