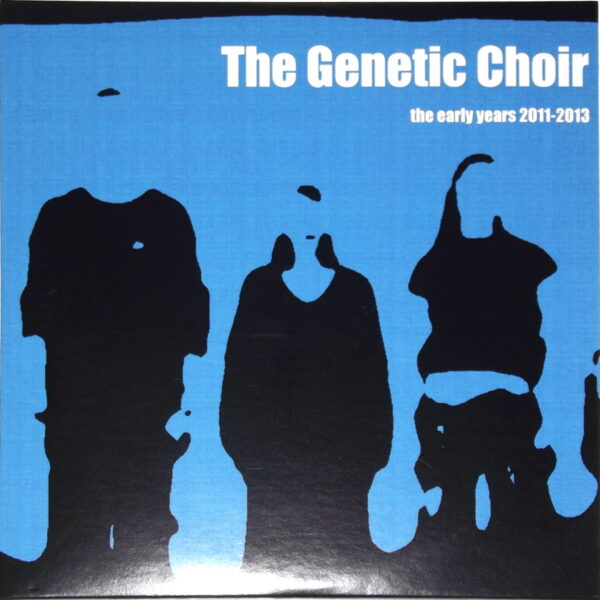 It’s a tribute to a group’s confidence in their individuality and future when their debut CD earns the title Early Years, but beaming in from the Netherlands – supposedly home to the world’s wealthiest, tallest and overall happiest natives – self-assurance is to be expected I suppose. Besides, this simple title sheds light on the 17-strong improvising choir’s chief function as a live (performance) organism, and on their modus operandi, which likens their coordinated ramblings or ‘instant compositions’ to an accelerated form of evolution: one that takes minutes, not millennia to be realised; one whereby ‘genes are (not) the transmitters of information, but our volatile and flexible voices’.

All tracks were ‘recorded without any musical score rehearsed or agreed’, titles added in hindsight. They were improvised with a sensitive ear for and experience of composition, the result being a thick, regurgitated morass of fleshy sighs, simian hoots, ritual chants and squeaky, Mothers of Invention-esque harmonies. Quite theatrical, and frequently funny, they simultaneously stimulate laughter and a longing to melt into the music. Listeners are warned however of the disparity in recording fidelity between tracks, and while this is evident (closer ‘Lasloods’ suffers the most), it really shouldn’t matter, as it serves to remind us that we’re merely witnessing snapshots of the group’s formative stages.

In sum the group dispenses with and exceeds the familiar ‘improvising unit’ format – insofar as it is governed by interpersonal dynamics – by virtue of a simplistic ‘genetic imitation and reproduction’ (i.e. less ‘call and response’ than ‘theme and variation’) of musical elements, which ensures an ever absorbing, spontaneous and increasingly complex situational approach ‘towards a complete sound eco-system’ (i.e. a composition in real time). In terms of antecedents, you can take your pick from legions of improvising vocalists; I’m hearing Meredith Monk, Phil Minton, Dimitri Stratos and even hints of Mike Patton’s Adult Themes For Voice. However, the choir structure is rather novel by my reckoning: a concept strikingly ‘simple’ in principle and cohesive in realisation, especially in the democratic cooperation between divisions, resulting in a highly organic interaction at all times. Stylistic consistency is maintained from performance to performance, in spite of chronological disparity; reaffirming the group’s steady evolution of identity from one performance to the next.