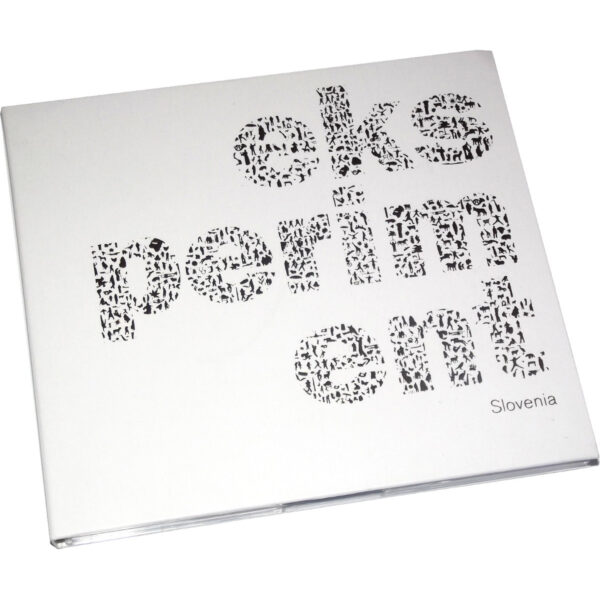 Contemporary experimental music from Slovenia is represented on the compilation eksperiment Slovenia (SIGIC SGC CD 003) with 13 tracks of varied outpourings from many talented creatives. There’s an accompanying essay written by Luka Zagoricnik, the editor of the music journal Odzven, and some of his headings – ‘The relation between noise and silence’, ‘Free improvisation as platform’, ‘Space(s) of sound art’ and ‘Deconstruction of pop form’ – may steer the curious listener as to what to expect from the aural contents. Each performer / group is profiled and pictured in the extensive notes; there’s the composer Bojana Saljic Podesva, the improviser Tomaz Grom, the percussionist group JakaundKiki, and the all-rounder Irena Tomazin, who’s an actress, dancer, performer and philosopher as well as a vocalist. Some standout pieces for me personally include a lively and grumbly double bass solo from said T. Grom, who is one of the more highly regarded performers in Slovenia just now; he also appears on the minimal group piece which opens the album. On evidence of this solo track, he’s got hands that could easily slice a hog carcass in twixt. Irena Tomazin, who performs as iT, wreaks havoc with her many Dictaphones on ‘Question of Good and Bad’, releasing so many near-demonic voices in the process that she’s virtually her own exorcist. The noise-improv deconstructionist types Vanilla Riot also appeal to me, with their highly-energised ‘Chop’ full of manic drumming and over-cluttered with far too many synths, guitars and laptop manipulations; amazingly, just three guys are involved in producing this high-volume unkempt wildness. They also have a sense of fun which I don’t really find elsewhere on this rather sober and serious-minded compilation. Another tasty oddity is ‘Ljubljana-Tokyo’, where the Slovenian performer N’toko weaves four minutes of heavy mystery drone and vocalising with the help of Japanese player Seijiro Murayama. N’toko is described as an “experimental hip-hop artist”, which seems an unlikely sub-genre, but when you listen it turns out he is indeed producing a species of very weirdified trippy and lethargic beats, even rapping to some extent – it’s just all happening in a very slow and erratic manner, and it’s all incredibly endearing. Also here: Marko Karlovcec, Marko Batista, Miha Ciglar, Samo Kutin & Marko Jenic, and more. Lovely gold embossed cover with a bi-lingual booklet bound into the digipak; there’s a long list of production credits, and with support from the Ministry of Culture no expense has been spared in making this a high-quality definitive compilation. From 21 June 2013.