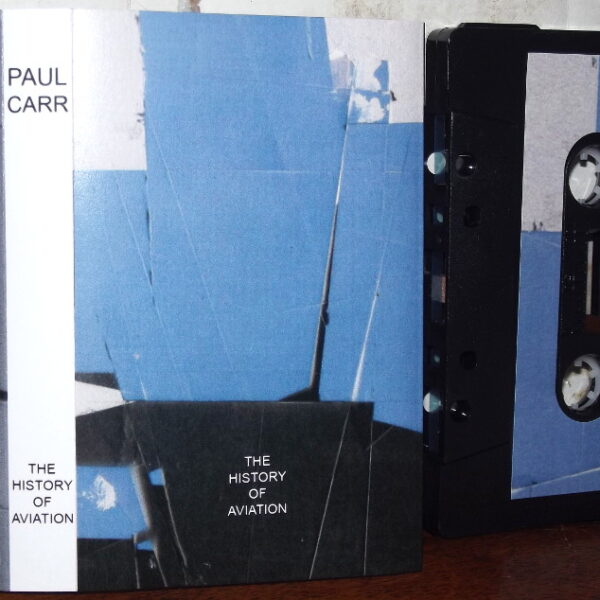 Walking through the Art School Canteen, nodding to Godley and Creme, Wire had also been around, but had caught Brian’s Ferry rather than the plane. The plain and mundane get a look in in the shape of Currys, presumably appliances rather than Anglo-dubbed Indian food. No Tikka Masala, then. But there is some sort of ode to ‘reversible jackets’. The artist apparently does not like them. To be honest the reviewer is not sure he is totally into songs about preferences regarding them.

Name drops include the artists Bruce McLean (I had to Google, but there’s a Slade connection – University rather than Holder or Reeves and Mortimer) and Ian Breakwell. This should suggest a certain angle and context which – assuming sympathy to such suggestions – could influence engagement with this short tape. Musically very low rent keyboard and close-mic’d clutter-loop, with mumbled vocals and an overall hesitant rattle and vaguely spindly nature, an introspective pencil and a shoe-box idly trying to imagine sketches of This Heat by someone who’d only ever heard descriptions of them. Fits into some sort of English tradition of tentative uncertainty. (Perhaps).

Like the light switch in somebody else’s bedroom, it’s plastic and there. Aha, but the sky is outside! I find that’s good to remember whatever the circumstances, anyway. But then again, it’s also through the window. Unless the curtains are drawn. Hmm.

There is a website, and hints of more sprawling, perhaps ambitious, projects such as radio plays should you be drawn (you see?) to investigate further.