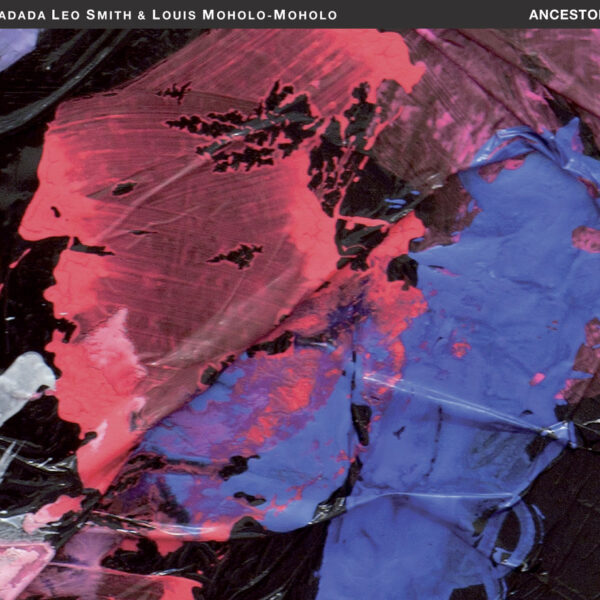 AACM, Creative Construction Company, Mbira, Golden Quartet, Organic, Silver Orchestra…The Blue Notes, Louis Moholo Unit, Culture Shock, Spirits Rejoice, Viva La Black, Brotherhood of Breath, Isipingo…I’m fairly sure that if you were to compile a no-stone-unturned list of the musical endeavours of American avant jazz trumpeter/composer Wadada Leo Smith and fellow jazzer and South African master percussionist Louis Moholo-Moholo, it would girdle the earth with ease. After all, these two have been leading their own bands for nigh on fifty years apiece (!) But although the duo have occasionally played together since the nineteen-seventies, the Ancestors set on the Finnish Tum imprint marks their first ever recording together.

This c.d. takes in two scored works by Smith, one by Moholo-Moholo and two rather fascinating excursions into the realms of improv. Ancestors stacks up exceptionally well, even when using the Mu album by Don Cherry (w/ Ed Blackwell of course) as my benchmark in horn’n’drum. The duo’s expertise is as you’d surely expect; extensive and enclopaedic and can easily hold and captivate the armchaired listener for the duration. Immediate highpoints are the almost expected jagged splotches of jazz expressionism in “Jackson Pollock – Action” and the at times, stately themes of “Siholaro” with its rolling war drum rhythm bed. In fact, the time-keeping on show is a revelation. Louis’s stickwork and well considered sense of dynamics can range from powering along a track like “No Name in the Street” with the merest tick of Swiss watch precision, to the rolling thunderclouds undepinning “Moholo Moholo/Golden Spirit”. The improvised title track is the main focus of events, surely by dint of its twenty-five minute plus (!) duration. Snaking curlicues of brassy colour (the only modifications being a brief use of the mute…) are complemented by a busy gallery of drum techniques which are topped ‘n’ tailed by exotic chimes which finally come to a close with the the drummer’s recitation of a number of much loved jazz figures from jazz past.

There’s attractive packaging and ultra-copious sleeve notes which include a nice photo of the duo, both pictured with smiles on full beam – fit to crack their jaws if truth be told. But after producing the self-assured dialogue in thought and deed, who could expect otherwise? To sum up? …This is just so much more than breath control and supple wrists!! 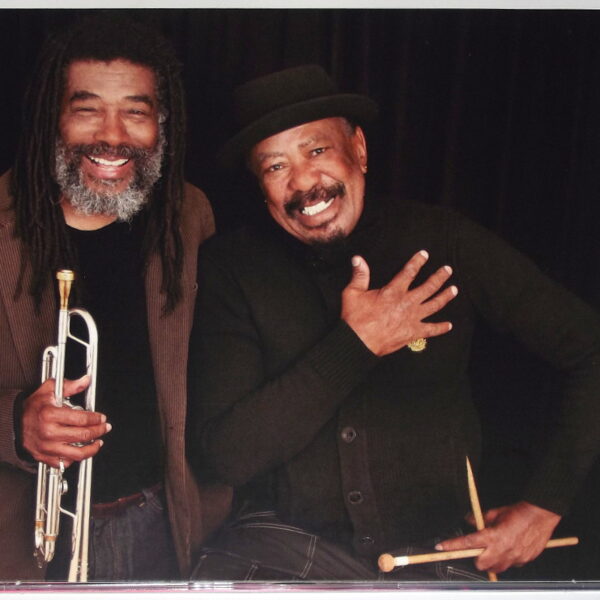