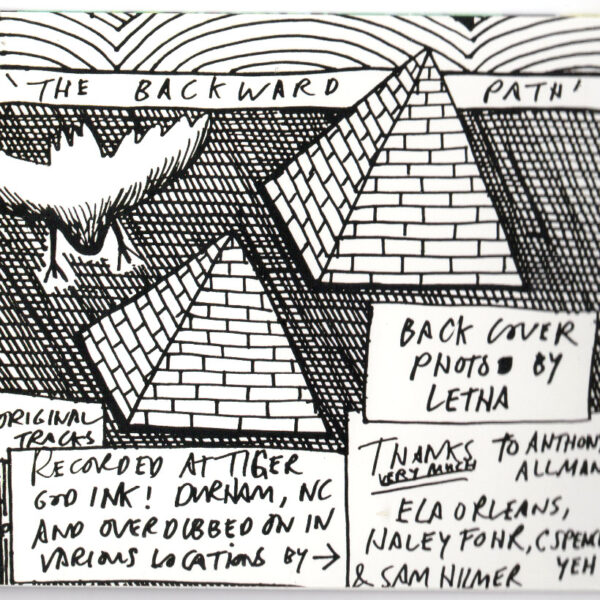 I don’t know what to do with another singer-songwriter proclaiming over acoustic guitar and muffled, boomy percussion. I mean, I like John Martyn and Nick Drake when I am in the mood, but that was the 70s, and I’m not sure we need any more confession and angst, especially with echoing backing vocals and tricksy sound effects in the mix. I almost laughed when the tuba and glockenspiel – or synthesized versions of them? I don’t know – arrived. The nearest comparison I could come up with was Peter Blegvad or Slapp Happy, but only on a really bad day. Your CD doesn’t come close.

I could recommend you listen to Dan Melchior’s CD, who has the grace to put some quirky and at times moving instrumentals, each titled as a numbered ‘S.P.’, around his songs, but I’d be kidding myself and you. Whilst he thankfully stays away from tubas and glockenspiels, those jokey musical arrangements you seem to like, when he gets to the actual songs, his doom-laden intonation and heavy-handed guitar chords are dull and lifeless. “I have known the emptiness and have tried to love it” he says. I’m sorry for him, but can only hope he learns to stay away from the attempted profundity and focus on the short, intriguing instrumentals.

If I knew where you lived, I might actually send you F.S. Blumm’s CD to listen to. It reminds me of Animals That Swim (without the vocals), or perhaps Tindersticks, both bands who use arrangement and composition to exquisite effect. I mentioned Slapp Happy earlier, and there are touches of them, as well as other European Rock in Opposition bands here. This is sunny, happy contemporary chamber music, which gently subverts itself with odd dynamics, instrumental combinations and careful use of sound and dynamics. I like it a lot.

You might also like W / M, a double CD by the two Christians, one of whom plays double bass, one guitar. I take the music to be improvised pieces, and although the sometimes noisy double bass explorations on M are intriguing, it is the exquisite guitar album W that deserves your attention. Winther moves from fingerpicked etudes to finger-thrumming abstraction to ruminative introversion, occasionally with Svendsen guesting on double bass. (He returns the favour on some of Svendsen’s tracks.)

I’d like to hear you forget about emoting and expressing yourself, and paying this kind of attention to your music, but then I guess you’d have to call your CD Dear Mister Guitar Club, which isn’t quite the same.