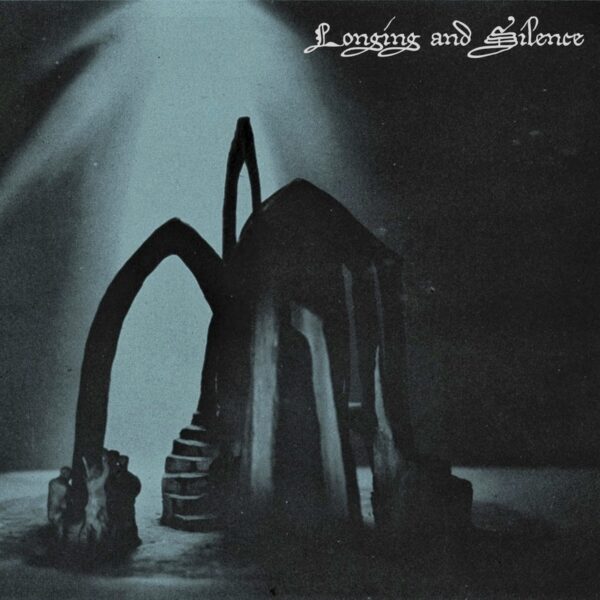 Longing and Silence, Through the Fog, Sylvan Screams Analog, cassette (2013)

Originally released independently as a demo in 2013, this debut recording of San Francisco Bay Area one-man band Longing and Silence has been picked up by the up-and-coming Sylvan Screams Analog label and turned into an album with an extra track. Now the full glories of LaS can be enjoyed by audiences far beyond the act’s homeland. Well, admittedly these “glories” might take some time to sink in as LaS happens to be one of the more miserable depressive black doom metal bands. Songs proceed at a slow dejected foot-dragging pace, the drumming is drained of life and energy, and mournful buzzing guitars chug away while the harsh rattling vocals sigh and scrape through the lyrics. The atmosphere is a deep black fug through which living things struggle to move or swim. The odd thing about this album is that the sound seems reminiscent of some of the ambient batty acts of the French Black Legions of the mid to late 1990s but that may be an effect, accidental or deliberate, of the quality of the production on the original recording.

Most tracks are fairly long with the shortest at just five minutes if you disregard the short opening track which is called … “Opening”. (Talk about a grand entry!) After this, the album begins its doleful journey in earnest. Tracks are repetitive to the point of monotony although if you listen to each track quite closely, you’ll be surprised at how much change and variation are present in the details of the music. There can be surprisingly melodic moments though they’re hardly likely to have you whistling or tapping your fingers. One track “Wasted Days” could even be a bit rock’n’roll if it were sped up a bit as the solid-as-steel riffs and melodies have a hard edge and their texture has slight crunch. The bass is dominant throughout most tracks which tends to make the music a bit less black metal in sound if not in spirit and concept.

The B-side of the cassette starts off in a more lively manner with bonus track “Sinking Vessel” placed first instead of at the end as is the normal custom with such pieces. A cold space ambience, courtesy of some discreet background synth tones, helps shape the song and provides mystery and depth. The music still plods but not as slowly as before. During instrumental sections, guitars and synth tones share equal time and the duetting is surprisingly affecting and emotional. “Sinking Vessel” could almost pass as potential singles material as there are some very distinctive slash-guitar riffs and the track is song-like in structure. The title track is another highlight here: it’s a  completely ambient piece done with synthesiser and acoustic-music tones and effects highlighted by wistful raindrop guitar notes.

The album could have been edited for length as the repetition and monotony in half the tracks are more off-putting than immersive. I sense that the artist was striving for something to absorb the listener’s attention completely and, since repetition has (too often) been the standard way of mesmerising listeners and opening up their consciousness, used minimal and repetitive music structures to try to achieve that trance result. If it weren’t for the bonus track, the album would be a dreary affair; as it is, there’s more depth to the music and the listener is led to think that there must be much, much more to this LaS act than meets the ear. I certainly think so. It’s too soon to tell with just this one recording whether LaS is rethinking the musical direction taken with this depressive black doom style or plans to plunge ahead farther into the thick dark clouds of melancholy and repetition.