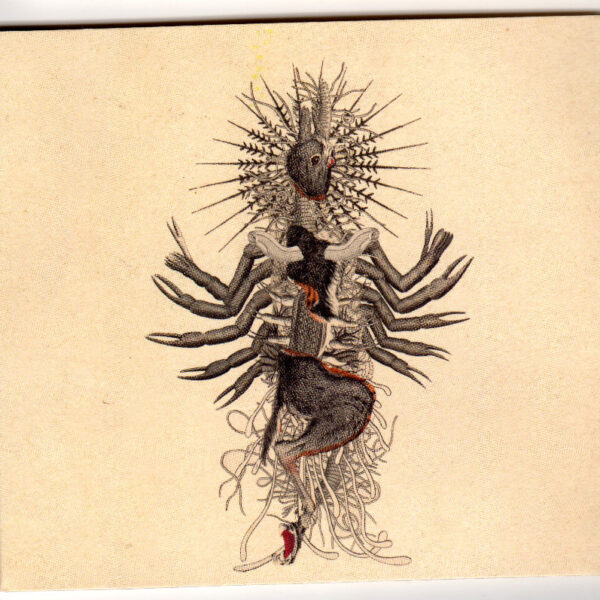 Woozy, downtempo beats that gravitate towards a William Gibson future, where potential for redemption or wrongdoing stand on equal footing but remain unrealised thanks to a perpetual disinclination towards dramatic change. Which is not to say the music is unambitious: With cracked palm outstretched, We Will Fail (aka Polish ‘ex-visual performer’ and ‘amateur musician’ Aleksandra Grünholz) demonstrates commendable patience as he rolls his rhythms in subtle atmospherics, one that puts him in the illustrious company of Raime, Senking and Andy Stott, whose penchant for the hiss-overlaid and ponderous somehow manage to elevate their craft above perilous monotony. Individual titles are forsaken for fourteen numbered ‘Verstörung’ or ‘disturbances’, a subordination of identity to the overarching statement that persistence is king, which means yes, a little pugilism aside there’s little stylistic variation beyond dubby/doomy techno pulses and smoggy interludes, but minimalistic components deliver maximum depth, for which we’ve every reason to be grateful. Grünholz is also responsible for all of We Will Fail’s exquisite sleeves, though his illustration style suggests a more naturalistic concern than the doom and gloom pulsations we actually hear. Misanthropic snatches of gnarled, growling, gothed-up noise rock, feedback with whiffs of dark wave/industrial techno, though I’m happy to report that nothing merits the common comparison to Russell Haswell (of which I am often guilty). Wolf Eyes and Prurient (hear the flayed atmosphere of ‘Crooked Wheel’) don’t escape mention though, sharing Olekranon’s affection for the raw and spontaneous first take, as well as the odd incursion of dreary drone. Unashamedly gloomy is it for the duration, marching in a mechanised and somewhat grudging manner like black metal teens that have to get up for college. There is however reasonable stylistic variation afoot, possibly reflecting the breadth of Olekranon’s CDR corpus of the past few years, from lead-footed electronica to a decent approximation of ambient black metal anthem in ‘Marionette’ and its anaemic herald, ‘Severed’, which are still but pale approximations of Darkspace’s majestic black whoosh. I’d not be surprised in fact to learn that Danaus was compiled from these years; the lack of cohesion between diverging tracks being the telltale. Still, while there’s a fair measure of the forgettable in between eventful tracks, few moments are really wasted: pieces do end abruptly, which can be pretty annoying, but such lack of ceremony here suggests a pragmatic path clearing for successors. In other words, Danaus pretty much does what it’s supposed to, right down to the nightfall drone in closer, ‘Libertine’. Noise aficionados might do well to keep clear, but the CD could serve to entice curious newcomers into the dark fold.