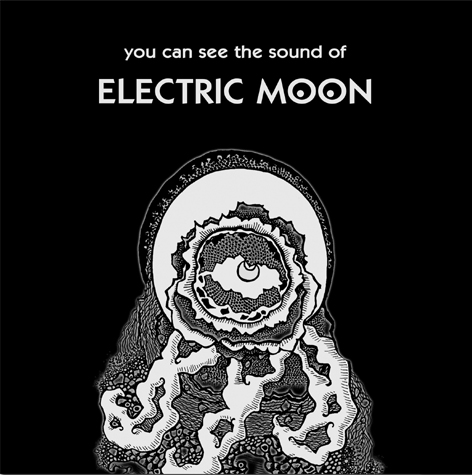 Within the bounds of space rock, any band aiming to escape Earth’s atmosphere simply can’t avoid the pull of a certain raggle taggle band of Ladbroke Grovers. Their template; where a relentless mulch of rudimentary chord shapes meet a morass of oscillatory gurgle is the alpha and omega of all things kozmik and is still a very attractive/thrilling one to these ears. In other words, when reviewing candidates from this sub-genre, any mention of Hawkwind is surely unavoidable. Starting with In Search of Space, their sphere of influence ranges from Simply Saucer to Chrome to Subarachnoid Space to Nebula to…Electric Moon. A German three-piece consisting of guitarist/synthesist Sula Bassana, fuzz bassist Komet Lulu and drummer Michael Orloff, whose ten inch e.p. You Can See The Sound Of… (SULATRON RECORDS ST1301) is kitted out with all the prerequisite moves – albeit equipment-wise, things have moved onwards/upwards since Del ‘n’ Dikmik’s disparate jumble of noise generators first kicked into action. Of the three tracks, that feeling of having your conciousness fed through a sausage-maker at sub-mach speed is best realised within the hell for leather, imposing motorik thrum of “The Inner Part” instro. I’d expect that by now this release, resplendent in its white vinyl livery, has sold out of its run of five hundred, but… sweet christmas!! E. Moon’s back catalogue space is d-e-e-p (sorry!) with sixteen (count ’em) albums to their name, waiting patiently in line, to be investigated. 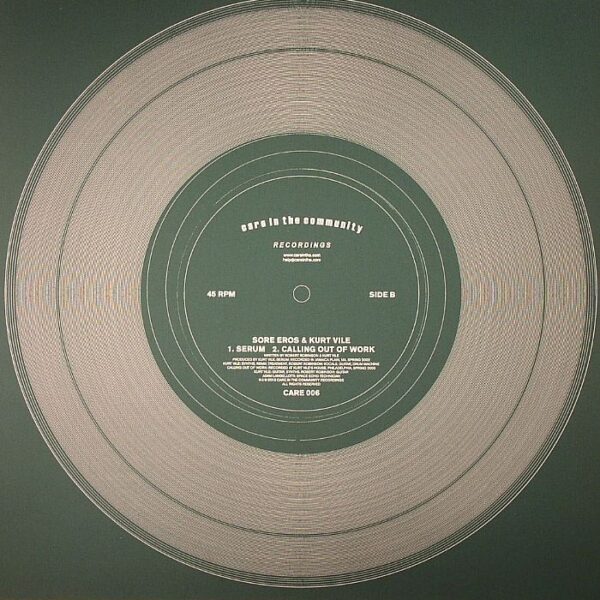 Staying with the humble ten incher, the Jamaica Plain e.p. (CARE IN THE COMMUNITY CARE006) originally recorded in 2002 and unreleased until now is a mild-mannered clinch between Matador Records’ resident singer/songwriter Kurt Vile and tape manipulator/palindrome Sore Eros (a.k.a. Robert Robinson). A languid and unhurried thread runs through all three cuts, ‘specially so on “Serum” a mush-mouthed, heavy-lidded drifter that nods (off) towards near-comatose balladry in the manner of Faust’s “Jennifer”. The two instrumentals “Calling Out of Work” and the aforementioned “J. Plain” are slightly more alert and focused, The former recalling mid-period Tangerine Dream and possibly U.S. analogeur Robert Rich circa the Bestiary album. The latter meanwhile, magics up images of a John Fahey as a beach bum figure, Hawaiian-shirted, aviator-shaded, string bending and picking from a rather comfortable-looking hammock. Horizontal living at its best! 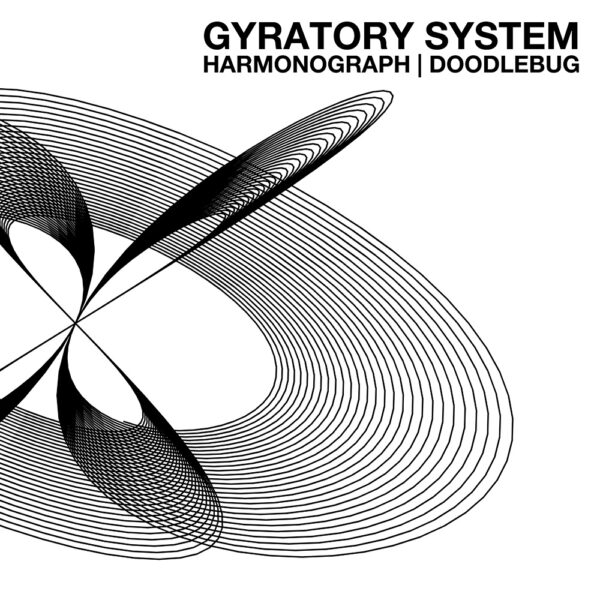 Now heading towards the Gyratory System; a name that has surely been chosen for its slight edge of ambiguity. Is it a reference to circular intersections or a series of futuristic dance steps outlining a more violent and flailing version of ‘The Twist’? Their “Harmonograph” c/w “Doodlebug” release (SOFT BODIES RECORDS SBR04) is a bit of a headscratcher and no mistake, inasmuch as the London-based Robin Blick and James Weaver (aka G.M.), have decided to put this out as an MP3 download. Yet perversely, I’ve been sent a cdr to promote it! The ‘a’ side can also be found on the “Utility Music” collection which, again, is a digital download and if you’re of that persuasion…fine. But to a surly curmudgeon of a certain vintage, raised on sleeve art, gatefold sleeves and clarifoil , it doesn’t really count. Nevertheless “Harmonograph” is a sparklingly melodic form of incidental muzak/testcard-derived electro-whimsy which would bear close comparison with The Moon Wiring Club and some of the spectral switch doctors from the Ghost Box imprint. If, like me, you’re a fan of traditional audio; which can be handled, filed and has its own atomic structure, you may be spurred on to investigate the tangible side of the System with The Sound Board Breathes and New Harmony c.d.s on the Angular label; both of which could still be available (?). And here’s one for ‘coincidence corner’…”Thorney Island”; a track off of “Utility Music” lies one mile to the east of me. A former RAF base, once home to the Argosy and the Hercules. I wonder if G.S. were originally from this area?