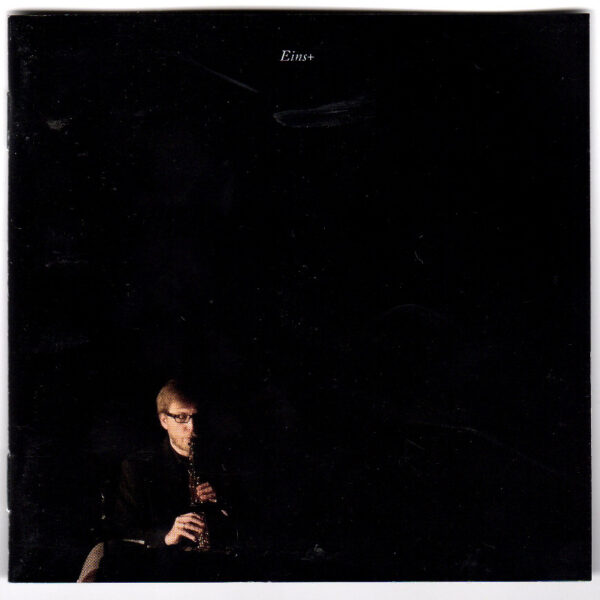 Gruenrekorder are a label I associate mainly with thoughtful, diverse releases of field recordings [1. Although they have also released plenty of instrumental and computer music in their time, I see through Discogs.]. In this release they apply some of the transparent listening techniques familiar from those recordings of the world around us to the slightly more rarefied chambers of modern classical music. Or ‘new music’ as it prefers to be known in the well-annotated booklet.

Mark Lorenz proves a quietly versatile performer on this showing, selecting a variety of compositions which showcase engagingly different approaches to his implicit curatorial themes. The six different composers’ works come across as carefully selected and played with a quietly confident dedication to transparency and thoughtful interpretation. No instrumental grandstanding or showboating, as such, is indulged in (by him at least), the key here is quiet and active observation and listening. The ideas that emerge from the appealing air of modest studiousness are of pauses, spaces and silence. Of the internal and the external, of electronics and acoustics and of what is generated between the interactions of those elements. Most of all about technique, extending that technique and then subsuming that extended technique as a performer back into the music in such a way as to most effectively realise what each composition requires.

The two opening tracks contain perhaps the most pleasantly surprising pieces, those by Christoph Ogiermann and Thomas Stiegler. You do get an Alvin Lucier piece, later. But, really, big Al’s gonna bring the Sine Tones. We all know it, so surprising it ain’t, exackkerly. However, thee opening pieces are a species of or related to hörspiel – or radio plays. Although hörspiel sounds so much more different, so appealing… Anyway, both share a concern with materials, textures, musical episodes and scenes, constructed of the most basic yet texturally pleasing materials, a sine tone, a softly played soprano saxophone, a snatch of what sounds like a foley recording of singing birds…

Indeed, Ogiermann, the first composer showcased, professes an interest in approaching his composition as an ‘installation of different materials’. This almost documentary quality is backed up with his description of the physicality of a “whole body” involved in playing the saxophone and a “concrete situation”.

An image that has inspired me in the past and that I found returning unbidden to my mind like the gentle waft of a saxophone through an old apartment is the combination of tapes, filmic editing and saxophone found in Francis Ford Coppola’s The Conversation. Here, too, there is a conversation, a subtle exposition and practical demonstration, between the different pieces. The sine tones both in Thomas Stiegler’s and Alvin Lucier’s compositions. The electronics, the radio play format.

Only Martin Schuttler’s composition, the third track, is a little more problematic, but it still works as a part of this conversation and contrast. The electronic elements, played by the composer, are twitchy to an almost parodic degree and coupled with sententiously intoned narration. Supposedly ‘kitschy’ ingredients, amateur (remember: lover) videos of progress in mastering the saxophone nabbed from random youtubers are used as raw material. This does raise questions about status and how the composer views himself and his work and indeed the trained contributions of Kysela regarding hierarchical institutions and the apparatus of new music (there are plenty of lists of awards received and academic achievements alongside the thought-provoking critical notes).

Rather tight-arsed and modernisms result – not helped by the MIDI drums – with unanswered question marks about attitudes towards ‘untrained’ musicians. Perhaps the ‘enfant terrible’ angle is overstated in the notes (although this seems to be part of the composer’s aim and is intended to contrast with what he views as reductive compositional orthodoxies within the narrow frame of reference of academic, institutionally sponsored ‘new music’ – presumably exemplified for him by other pieces on the CD?) however, this stance rather ironically reveals more similarities and shared origins with that supposed state of affairs than differences. At least he’s trying, though, I guess, and as I said, in the context of this set it works as a bit of contrast and does offer yet another variation on the themes being gently and politely probed.

From then on we get Splitting, an exercise in polyphony, a ‘vibratory system’ (consisting of a plastic cup and marbles) and tapes. Guttural didgeridoo buzzes from basic materials ensue. From Lucier we get a lucid formalism, and the whole thing finishes with a short deconstructionist piece based on Schubert, perhaps with a faint touch of the Maurizio Kagels.

All in all a good package, well selected, played and presented in the studious classical tradition and will sit happily on the next shelf along from your Stockhausen and Xenakis reissues.