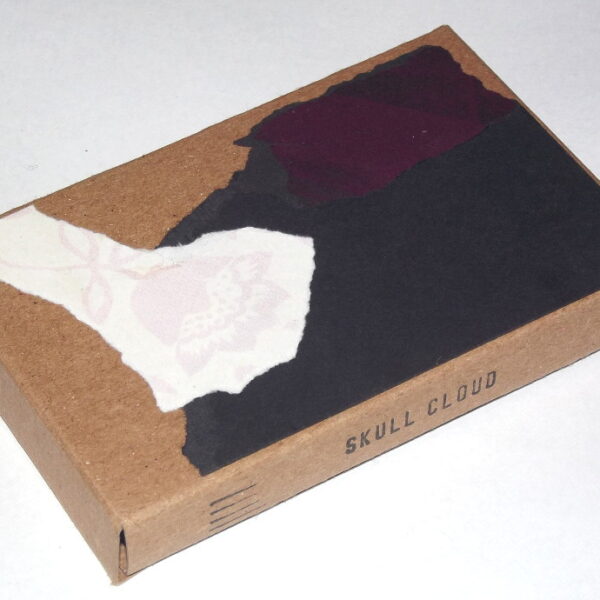 Three cassettes from Jeff Surak‘s Zeromoon label in Chevy Chase arrived 24 February 2014. Two of them have unique hand-torn collage covers and they all exist in very small editions. The one by Jeff himself, credited to J. Surak, is called Skull Cloud (ZERO 160) and features a long live recording made at The Pyramid Atlantic in 2013, which passes on a vision of Jeff on stage performing a miniature firework display – he’s surrounded by pops, bangs and whizzes all happening at once in a vaguely structured patterns, the fizzing spew occasionally punctuated by random voice samples from TV. From this chaotic sprawl, musical and sonic information gradually assembles itself into coherent shapes, like pieces of a cosmic jigsaw. The B side contains three dark-mode tracks, including the title track and ‘Rebirth’ and ‘Etude #43′, and these represent his characteristic sinister electronic droning work, the monochrome and unbroken surfaces broken up by distortion effects or diabolical pulsating tones, and underpinned with an abiding sense of inescapable terror at all times. Small wonder that many regard him as Chester Hawkins’ evil twin brother. 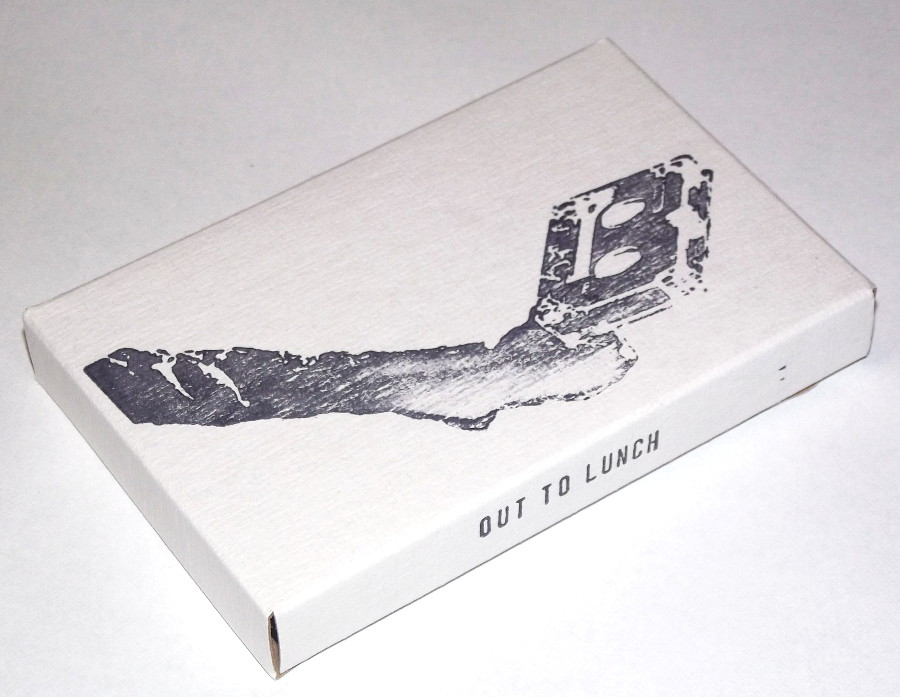 Salarymen is the duo of Jeff Surak with his friend Gary Rouzer. It seems they both have day jobs in Washington DC and on their lunch breaks they set up their spontaneous “electro-acoustic events” on traffic islands, street corners, or nearby certain popular landmarks and monuments in that city. 1 They then proceed to make sound art using their small electrified objects, and the whole mess – including plenty of external traffic sound, sirens, chattering voices of the populace and made even some stray radio waves – is recorded and served up for us to enjoy on Out To Lunch (ZERO 156). The creators are proposing “a different kind of urban music”, and it’s certainly something I would like to align with the work of Zan Hoffman or Aki Onda, both wild creators who make strong use of found sounds and the sounds from the street. The title is also something that cuts both ways – they did it on their lunch breaks, but the phrase also means “crazy”, particularly in the mouth of a jazz hipster who I assume was saying it long before it became codified as the title of one of Eric Doplhy’s finest LPs. Crazy this tape most certainly is, but also highly compelling to listen to, a continuous stream of fascinating, messy, semi-ordered aural information. Recommended; if you can’t buy the cassette tape, the music is free to download at freemusicarchive and at archive.org. 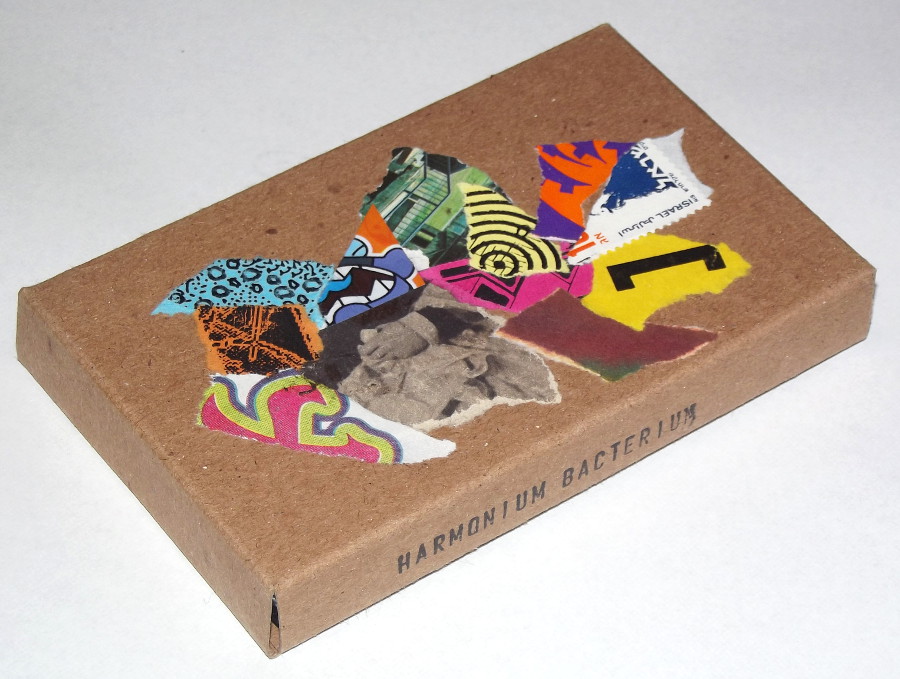 Back to J. Surak solo now for his Harmonium Bacterium (ZERO 158). This is two side-long suites called ‘Mectpyo’ and ‘Seesawa’. The A side is an alarming series of scuzzy long-form noise tones that gradually resolve themselves into harmonic forms, making their way through a whirlpool of echo effects, while the slow back-and-forth internal rhythm of the piece resembles waves breaking against the shore – except the ocean has strangely turned into treacle, so it’s all happening very slowly. I’m disappointed to learn he didn’t play this using an actual “Harmonium Bacterium”, an instrument which in my imagination would be a bellows-driven keyboard that is capable of infecting the musician with nine types of lethal bacteria, the combinations and doses he receives directly aligned with the chords he plays, allowing the deadly viruses to pass through the keys into his fingertips. Instead all the music is made with a modified autoharp and something called a Califone, which I find is simply the brandname of a particular manufacturer and could apply to anything from effects pedals to computer microphones. An impressive piece of process-based sound art, realised using a lot of intuitive methods to produce highly painterly effects in sound. The B side is strangely enough somewhat more approachable, and presents a monotone chord in a sumptuous drone, as if Surak were shooting for a one-man version of old Vibracathedral Orchestra records. It’s here that the autoharp origins of the piece become more conspicuous, where on the A side they are heavily disguised.