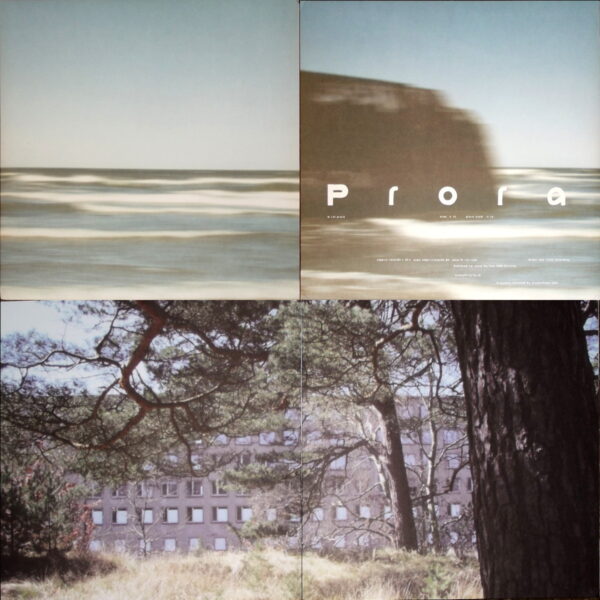 Prora (EMPIRIC RECORDS emrec4) is a 2013 reissue of an album by N which originally came out 2009 on the Droehnhaus label. It’s two sides of slow and extremely rich drone, which we could characterise by its depth and intensity and its “rise and fall” undulating sensations – it’s like being carried over a very hilly landscape, by means of anti-gravity rays. N is Hellmut Neidhardt, and he designates himself as N(13) for this release because he uses an appropriate different number for each release. He does it all with amplified and treated guitars, but since the overall sound is so processed it’s extremely hard to tell, and in any case he’s clearly more interested in places, especially trees and water, if the lush full-colour photographs in the release are any indication. Matter of fact the enclosed booklet is like a set of art prints, so well-produced and printed on heavy stock it do be. The vinyl pressing allows these relatively short pieces to shine with all the warmth afforded by analogue grooves they deserve. Far from being a process piece, the music projects a warmth and dreamy nostalgia. Extremely pleasant listening. Arrived 9th August 2013. 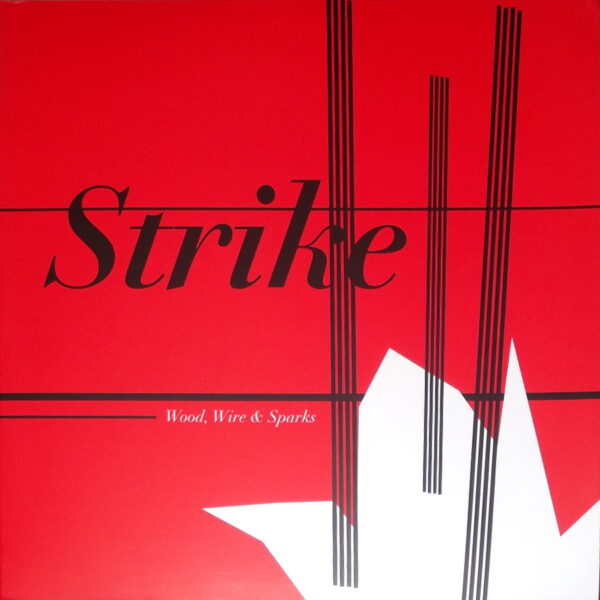 On Wood, Wire & Sparks (MONOTYPE RECORDS monolp014) by Strike, we’ve got the trio of Jon Rose playing his violin joined by two other acoustic string players on double bass, Clayton Thomas and Mike Majkowski, both fellow Australians. On the A side they’re doing it live at a festival for 18 continuous minutes, where the music has a very “splintery” quality at times – it’s like a bundle of extremely dry twigs whose fibres are peeling apart right before our eyes. The trio somehow advance the collective music from something that’s precise and detailed into something else that’s more fluid and amorphous, and do so at quite considerable speed and with unmatched technical skills. These mad swoops and intense string-bending exploits continue on the B side, which was recorded at the Berlin art-space Ausland. These shorter pieces tend to emphasise the extreme oddness of the music, its discordancy and astringent tones, the distances between the highs of the violin and the lower depths of the bass, the very serpentine qualities of the players as they wriggle between each other in slippery fashion. Arrived 9th October 2013. 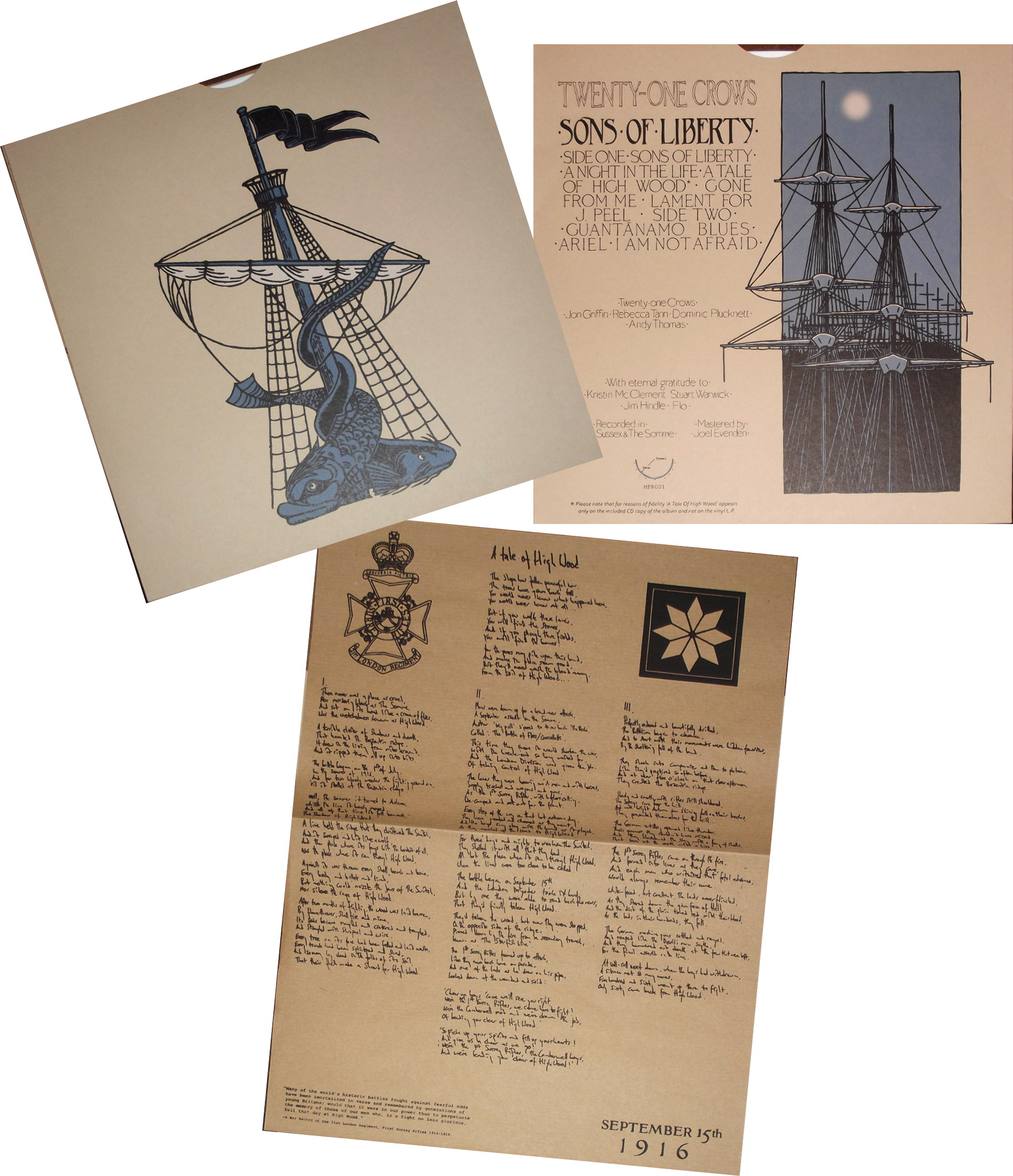 The LP Sons Of Liberty (MULSO PRIMARY RECORDS MPR001) by Twenty-One Crows was handed over to me by someone in Brighton at a venue. This 2011 LP is a set of acoustic folk songs by Jon Griffin and his crew, featuring the accordion playing of Rebecca Tann. The maritime cover with its sailing ships bodes well, as does the insert with a printed lyric which I would guess is mocked up to look like a printed broadside, which is one of the primary sources of much folk music in England, Europe and America – some scholars even regard the broadside as more important than the so-called “oral tradition”. As you may guess, the songs on Sons Of Liberty carry themes of freedom and liberation, and Griffin sings in his dark accusatory tones citing various shameful examples of mankind’s oppression of the downtrodden. I would guess so, at any rate; I feel he retreats too often into obscure metaphor which blunts his meaning, and while his tone remains full of righteous anger, it’s not always clear who we’re supposed to be hating, or why. The only song whose meaning is clear and direct is ‘Guantanamo Blues’, a very pointed tract which decries the use of this infamous American military base for torture. It’s also a rather earnest and one-dimensional song, and you might find the other centrepiece ‘A Tale Of High Wood’ more to your taste, which is a straightforward account of a military disaster set in World War I. Further political rhetoric can be found on ‘A Night in the Life’ which refers to Saddam Hussein and “Politics, Oil, Hypocrisy, Blood, and Execution”, and holds up its hands in despair at the follies of the world. I don’t care much for “message” folk music personally, but there’s no denying the seriousness of Griffin’s intent and his heartfelt emotions. He sings as though he were trying to take the burden of history on his shoulders.