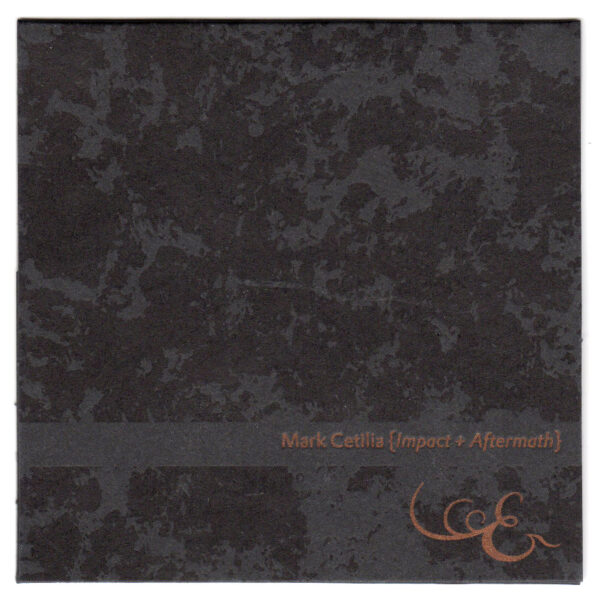 God, that’s quiet. I’ve heard some quiet albums, but that’s brave how quiet this disc starts. It builds from nothing to distant rumbling, or the sound of a thousand subterranean hard drives in standby mode. The source of this curious sonic disturbance is “software defined radio + electronics”. Software defined radio, eh? I’ll have to look that up. Ok; it means radio generated by or by the use of components that have been typically implemented in hardware (e.g. mixers, filters, amplifiers, modulators/demodulators, detectors, and so forth) are instead implemented by means of software on a personal computer. Does that mean Mark Cetilia has a piece of bespoke software which is monitoring internet radio streams and choosing stations of its own accord? If so, Cetilia then processes the heck out of it to obscure any traces of Gangnam Style, Lady Gaga or Pharrell Williams. The title of the piece suggests that what the software might be looking for is {PULSE DEFINITION} raw radio information, which could be incoming extra-terrestrial incoming picked up by SETI, the broadcasts on the emergency services channels, covert operations, the sound of wireless routers, numbers stations etc., etc. As the piece increases in volume it certainly begins to sound more and more like abstracted radio transmissions, so hung with hums and static is it that, again, it could equally be a fleet of servers boiling away in an air-conditioned bunker that we are listening to.

A filter opens that could be a sweep across shortwave frequencies at two in the morning. It is not known if Cetilia has used multiple sources or a single one. Whatever, the result is ecstatic, creeping dread. I suspect multiples. What had begun as quietly airless becomes more pneumatic as it goes on – decisive stereo events push the claustrophobic fuzz out into all corners of the room. Whines enter the previously high frequency-less aural environment. Kinda like being gassed with plasma-fied candy floss by a grinning toothless ape in a sealed concrete bunker in Spain. Volume rise is intended to take over your senses by stealth. A huge suction is vortex produced. Jet engines at take-off. Sawmill surge. Nothing can withstand its awful power. An impressive performance – I would like to have been there – having seen Tim Blechmann perform live recently, I can vouch for the power of transformative coding live. Ends bloody loud.

Cetilia runs Estuary Ltd as far as I can ascertain, and this disc appears to be only the second title on his release schedule. It’s a good start – I hope to hear more from this interesting new Providence, RI label. Edition of 200.