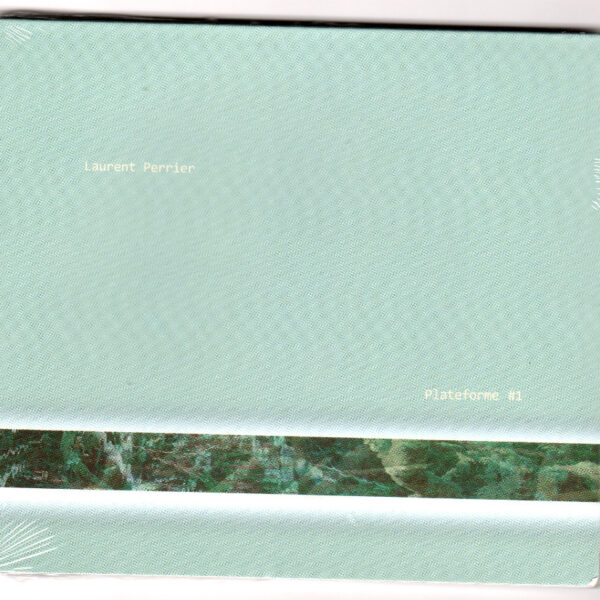 Laurent Perrier has always been concerned with disguising and distorting the origin of his sounds and methods, foregrounding techniques borrowed from electro-acoustic composition as well as those of sound artists more concerned with digital sources, samples and drones. So it comes as a surprise to see him not only identifying the sources that constitute the three extended pieces on this record, but classifying those sources as collaborators rather than simply anonymous sources drawn from reservoirs of potential sound.

Working with these foreign pieces, Perrier tries to retain something of the character of each of his sources. Felix Kubin’s track is all abrupt edits and energetic extremes of tone; a restless collage of voices and synth outbursts. Lawrence English is gracefully imitated with the restrained sound art of the track which takes his name. Here Perrier is principally concerned with the pace and development of sombre, translucent drones and tough swells that recall English’s collaborator Ben Frost. Whilst Gianluci Becuzzi’s rework is both delicate and vibrant, more minimal but also more preoccupied with contrasts and shifting scales of volume and timbre.

The effect of this supposed collaboration is to bring process to the fore. Perrier is extremely confident here, moving between his own slight touch and his collaborators idiosyncratic variations. He has a very clear, critical conception of the drones he wants to establish and build. The rewards here, nuanced composition aside, are mostly for sound art obsessives; processes and minor variations in sonics that bring each of the contributing artists into better focus through subtle comparison.

Initially I felt the conceit was too monomaniacal, too arbitrary and intent on diminishing the idea of collaboration and its distinction from sampling or remixing. But this concern with process, collaboration, exchange and imitation is clearly the means to enrich each of these artists. That Perrier achieves his aim and maintains something of their character in each work indicates his skill working with samples and the quality of the contributions themselves.