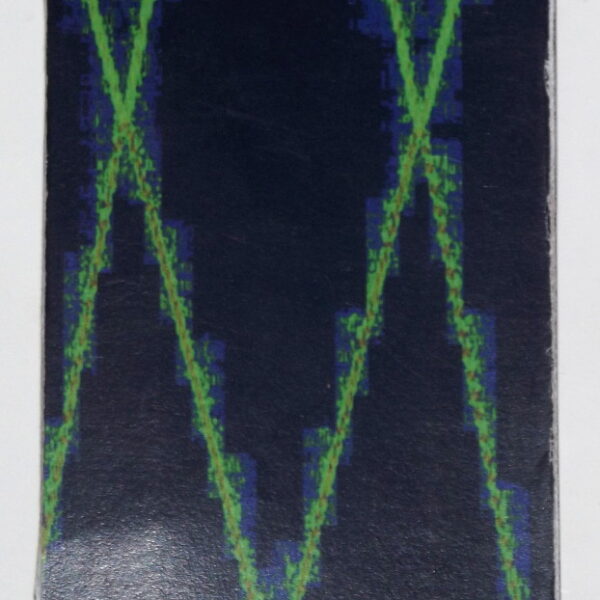 Four cassette tapes from the Spina!Rec label received courtesy of Ilia Belorukov in Saint Petersburg. All arrived 3rd February 2014. While the actual physical objects are extremely limited, I think all of these tracks are available for streaming or download from their Bandcamp page.

Split release (SPINA!REC SR002) is by Coaxil and Sashash Ulz. Coaxil is presumably a shortened version of the word referring to the co-axial cable used for television aerials, by which they may mean to convey something of their hooked-up and broadcasting characteristics. Not much going on their side though, just some tentative electronic blips and puny pulsations. We love a good analogue smursh picnic, but the flatness of the sound here is rather unreal and offputting. ‘The Logbook’ by Sashash Ulz has a tad more substance, although most of this depth is generated by the excessive use of an echo chamber or looping device, which creates pulsating patterns out of their ambient keyboard chords. Analogue synths, tapes, and sampling are all freely used; one or both acts might be from Petrozavodsk. Edition of 25 copies of this 2013 tape are already sold out. 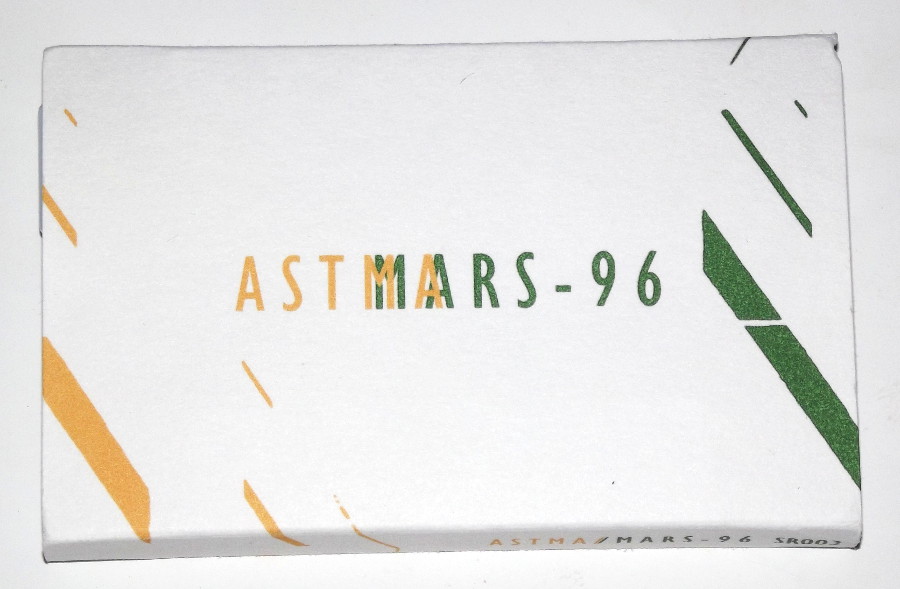 Another split (SPINA!REC SR003), this one between Astma and Mars-96. Astma are the great team-up of the wonderful Alexei Borisov and Olga Nosova. In this incarnation they had one track on the Fabriksampler V4 2011 comp and also unleashed eight minutes of unsettling mayhem on Tickling Valmiera in 2013. Olga’s drums, voice and effects do battle with Alexei’s guitar, voice and electronics at a 2012 live event in Slovenia, and exciting, spiky, barbed music erupts from this situation, sputtering out at the listener like the exhaust of a failing Lada. Gotta love the fragmented, broken manner in which these abrasive art-punk grenades are lobbed out from behind a barricade of steel tyres and gloom. For some reason I feel like this live event was taking place on a snowy night, outdoors. Spin it yourself and see if you concur. Mars-96 have six studio tracks which they “layed down” in May 2012 at the Spina! studios. From Palmira, they’re a trio of players – guitar, bass and drums by sound of it – who improvise everything while keeping one beady eye on their small collection of records by DNA, James Chance and The Contortions, the Bush Tetras, and of course (the original) Mars. Lively, energised angsty music, just as “spiky” as their fellow cactus-plants on the flip, but in a different and more disaffected way. Love their ambitious sound, and with an additional “axe” in the band they could audition as a bootleg version of the Glenn Branca orchestra. Maybe they waffle a little, and could learn a few lessons from their No Wave heroes about concision and economy, but that’s not a deal-breaker. Check out their Bandcamp page, you won’t believe how many records they’ve made. 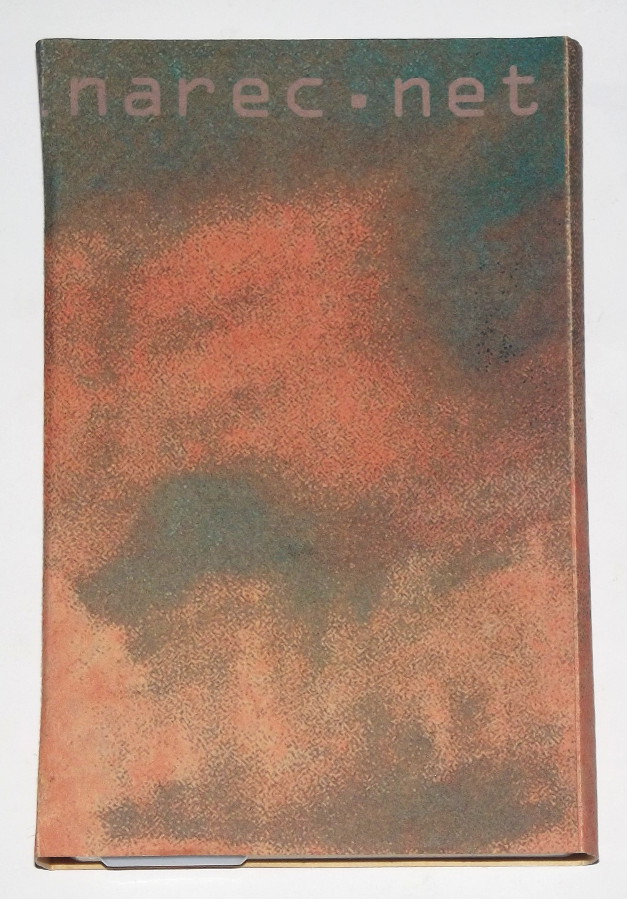 SPINA!REC SR005 is a split by Kurt Liedwart and MWton. Liedwart is actually Vlad Kudryavstev and the owner of Mikroton Records, a label that’s sent us many fine items of contemporary electronica and improvisation, and here he performs two long suites ‘A Mask for Possession’ and ‘Accumulation and Silencing People in Repetition’, both excellent instances of coldly modernistic synth blat, so angular it’s almost cubist – the edges to these synth tones and beats are so mean and nasty that they could be put in charge of a 1920s boarding school where there’s no hot water and they make you sleep with the windows open in Winter. Apparently this stone chilleroo is Kurt’s first solo album. We certainly liked his Vtoroi teamup with Ilia B. Now for your tracks by MWton who used to be Moweton. (Wish Spina!Rec would print the band names on the cassette labels of these splits – what does a poor reviewer do in such a situation?) This is another guy we’ve already heard with his Guitaroid vs Megadrumster release, an atrocity that had him banned for life from picking up a guitar in half of the Russian Federation. On his four cuts, including the evocatively-titled ‘Ghost Bullets’, he puts his six-stringed destroyer through about 18 jillion effects so as to completely transform his sound into a murk of beautiful, engulfing and utterly alien shapelessness. Impossible to even identify the guitar in this enriched billow of purple gas. Contrast and compare this doughy spew to the lean hard-edged electronic tones of the flip, and you’ve got yourself an entertaining bundle with this rotary rogue. The performer, referring to himself as “Deergonomist” for this outing, also makes use of Kaoss Quad (an effects processor pad made by Korg) and speech samples, and declares “no no no this is beautiful this is art bedroom studio” on the back cover, a most apt sentiment for the day’s work. Final split (SPINA!REC SR004) is by Glina and All Blacks. Glina comprises members of Benzolnye Mertvecy and Coaxil, and this lumbering band of freighted camels produces an effect aptly described as “just wallowing in the clay, it is difficult to get out.” They grind out a kind of stoner doom dirge, mixed with jazzy elements provided by the mournful saxophone which wails painfully through scads of echo effects, while the rest of the forlorn band plod through slushy mud in resigned fashion. ‘Krasyni Kanon’ is a forced labour march for sure, but ‘Glamurnyi Avtoritarizm’ has some moments of respite and there’s a gleam of hope in the grey sky which hangs over us like a large, flattening hand of deadness. Gotta admire their rigid determination to hang around forever in the same dismal spot, but it’s a kinda depressing sojourn in Glina-Land. All Black are more approachable, They make tremendous use of mindless, spinning repetition on their tracks. They may be using guitars in some way, but it’s hard to tell through the delicious miasma of distortion and half-functioning structures. ‘Summer’ is particularly beautiful, and so is the wall of shimmering drone that comes through on ‘Dot’, but I also like the solemnity of the ponderous ‘Bad’ and the religious vibes which comes from ‘Smells’ with its sampled church choir, hopefully plucked from a Russian Orthodox temple (you can practically smell the incense on this one). I like the unpredictability of these constructs, and it’s hard to crack the code they’re using.