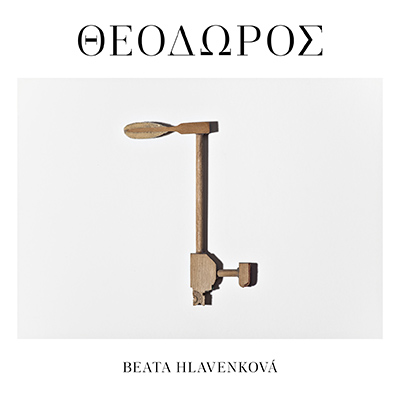 Championing the cause of every eye-glazing baby bore is the Czech pianist Beata Hlavenková, who eschews the new parent’s predilection for showering friends with hard drives of digital footage of (and Facebook invites from) their cabbage-like newborn, instead channelling the deep wellspring of maternal feeling into twelve compositions for piano that are as elegant as flowing water and vivacious as eager children as they follow the mood of the season from the gradual thaw of ‘Ianouarios’ to the twinkling cascades of darkening ‘Dekemvrios’. The months are those of the first year of her second son, Theodor Eli (meaning ‘God’s gift’) during which period – if the ears serve as adequate indicators – time took on a deep, new significance for her.

The set maintains the maternal mood of Hlavenková’s previous recording, Joy for Joel (for her first son), albeit from a solo perspective, though it leaves us all longing for a larger family. She demonstrates throughout, remarkable poise between exuberance and introspection, technical virtuosity and stylistic simplicity, conservatory and spontaneity, the pieces showcasing her exquisite timing, delicacy and command of the keys in myriad styles from minimalism to Debussy-esque impressionism with touches of jazz among the many details revealed with each listen. Housed in a handsome calendar with images of extracted piano parts, the album’s context is complete and compelling, and nothing is overdone in deed or sentiment, making it safe to conclude that Hlavenková’s gift is our gift also.

A serene and sumptuous set of piano meditations with occasional cello/violin pairings that breathe and echo into a nocturne of muted warmth, reminding us of dark and dimly familiar habitations. Composer Bruno Sanfilippo keeps foot on the sustain pedal as his fingers contemplate every hanging note to the perimeter of its existence in time and space, making equally adroit use of empty space and the careful manipulation of note and timbre in a manner not unlike Harold Budd’s, though perhaps with a degree more involvement during such inquisitive flurries as in ‘Aquarelle Sur Papier’.

It’s an impressive transition into analogue composition from the more electronic/electroacoustic work for which Sanfilippo is better known, and it seems to occasion from a deeply personal location that remains nameless, but longs for times past: a sentiment fed by titles such as ‘Absenta’ and ‘Day by Day’ and their corresponding air of revelling in fond memories. The portmanteau title ClarOscuro weds ‘dark’ and ‘light’ into a setting of familiar interaction between these polar aspects, as easy as that communicated by musicians Manuel del Fresno (cello) and Pere Bardagi (violin) during the instrumental dialogues that surface between Sanfilippo’s solo statements. It is to the composer’s credit that he avoids any temptation to descend into merely maudlin winter melancholia – perhaps a result of living in Barcelona and not Kracow – and in doing so bequeaths us nine captivating pieces that we can return to comfortably as our days and months narrow.