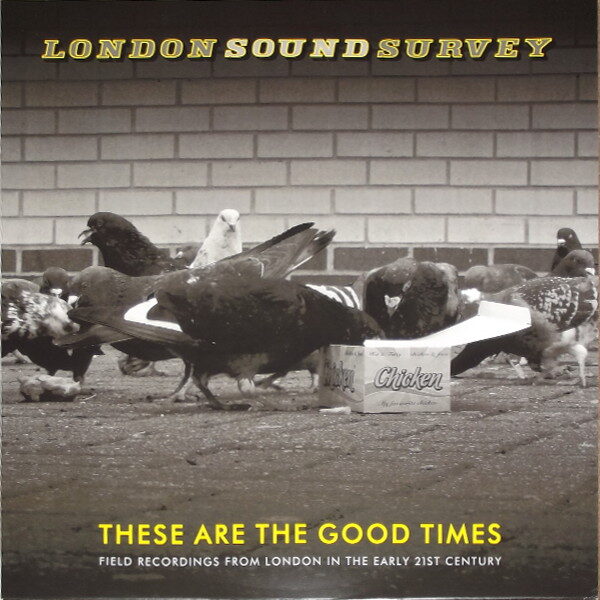 Ian M. Rawes is a supreme field recordist, and his website the London Sound Survey is an exemplary piece of work. Concentrating entirely on sounds recorded in London, he has now built up an impressive resource of content, arranged them into useful categories, and made them accessible by a clickable map. Other field recordists have swarmed to him, including Richard Beard and his Hackney Wildlife recordings, and he has built a modest gazetteer of printed references to sounds of London as they appear in historical sources from the 11th century onwards. The collection is also growing to include licensed content from BBC Radio, allowing us to hear street recordings from the 1920s to the 1950s. It’s fascinating material, and very well presented on the website 1.

If any of the above appeals to the librarian or archivist within you, it’s no coincidence – Rawes works for the National Sound Archive (part of the British Library), and is second only to Cheryl Tipp as one of this country’s coolest curators. The London Sound Survey is his spare-time hobby. In August 2013 Rawes agreed to compile an LP’s worth of material from his collections, and the vinyl release These Are The Good Times (VITTELLI RECORDS VIT001) is the result. Unlike the rich array of sources found on the website, this collection (subtitled “Field Recordings from London in the early 21st Century”) is exclusively composed of recent recordings made by Rawes himself, between 2009 and 2012. It’s a very eclectic mix, fascinating to listen to, and comprises unusual aural snapshots of the capital of places, things, and events that few people would probably bother to even notice, let alone turn on the tape recorder. I suppose we should stress that Rawes doesn’t consider himself to be an artist 2, and while he’s aware of the interface between field recording and sound art – the Resonance FM “Edible Landscapes” project is one such manifestation that springs to mind, likewise that radio station’s “Sensing Cities” programme – this release is probably more in the tradition of the documentary, such as John Grierson and the British Documentary Film Movement of the 1920s and 1930s.

Rawes’ microphone however is guided more by intuition than any desire to put a “window on the world”. He has an unerring instinct for the power of the “mundane”, as he terms it, and it is his guess that even a small amount of information extracted from these small events can allow the listener to “rebuild a rough outline of the world”. In passing on these experiences into the mind of another through the medium of recorded sound, he finds parallels with the poetry of Philip Larkin. Bear this in mind as you hear these strange and largely unexplained fragments, derived from shops, streets, landscapes, nature, people, and events unfolding in the capital. With the exception of perhaps the fireworks at Victoria Embankment, and the gasping crowds enjoying the Motorcycle Wall of Death, these recordings are, at face value, quite unremarkable. But in the context of this collection, and Rawes’ curation, they amount to something profound, mysterious, impressive. Perhaps, if London is a harsh and lonely place to live – according to Rawes we all need something to “endure against London’s neutrality and indifference” – then we are all seeking a refuge. Ed Baxter, who compiled a sleeve note for the release, would certainly go along with that, and endorses these recordings for the “richly nuanced and surprising portals into the occluded life of the city” which they offer 3. “Listen to London, follow the clues,” he urges us, as if each of these 21 tracks were sufficient to trace an alternative map of the city.

A splendid release and very well presented. Our copy arrived 30th July 2013, and it’s another one where we can only apologise for the delayed review. 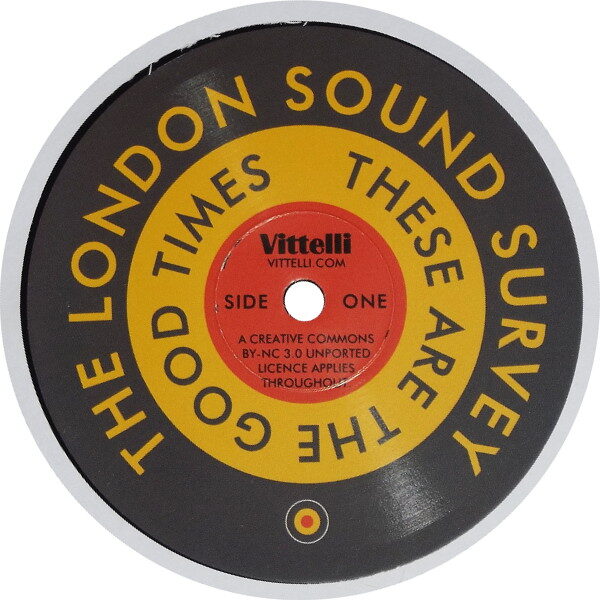