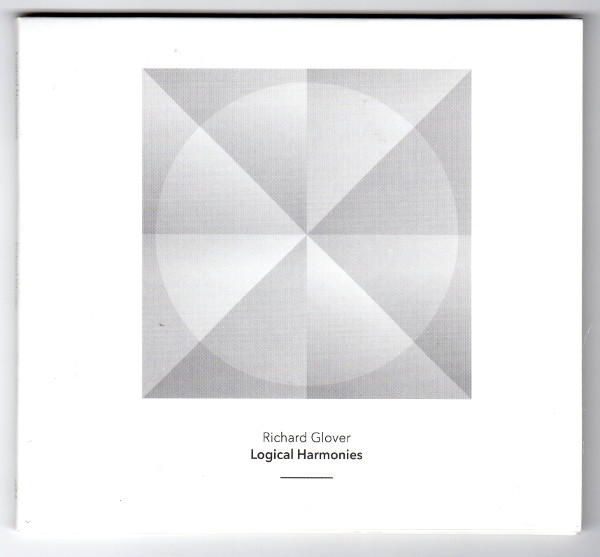 Richard Glover is a young british composer working in the field of academic music composition; he just completed his PhD with Bryn Harrison at Huddersfield university. Logical Harmonies is a series of pieces for classical instruments, piano and keyboard, built as studies rather than finalized compositions. The pieces are going in totally different directions, giving the impression that Glover is amassing his own compositional language that will feed possible future works. In this way, there is a lack of explanation in the booklet of the CD, and as the music doesn’t suffice in itself, I would expect to read about his position towards music practice, explaining a little more his research. Therefore we could approach “Logical harmonies 1 and 2 for Piano” and “Contracting Triads in Temperaments from 12 – 24” as being composed rather like independent groups of notes being tapped regularly on the piano. This sounds like Anton Webern’s style, but more rigid on the pulse and less fluid; it becomes almost annoying in the micro-repetition of very little similar notes, probably Dodecaphonic, yet reductionist compared to the masters of Dodecaphonic music.

“Gradual Music” and “Beatings in a Linear Process” is composed with a North American microtonal perspective and very well done but sounds a little too academic and lacks a personal touch in the music. Perhaps inspired by both Tony Conrad and Phill Niblock. It is difficult to see any connection between all the pieces, “Logical harmonies” and “Gradual Music” for example.

“Cello with clarinet and Piano” and “Imperfect Harmony” brings us to another movement somewhere between Morton Feldman and Giacinto Scelsi, almost a study of spectral music. Richard Glover is a promising composer and he was probably first in his class, but where is his personality in this music? Where are his own questions and doubts? These compositions are very well done, no question – and we are looking forward to hearing Richard Glover’s own music, as amazing as that could be once the old academic perfectionism is taken out of the equation. We will be curious about new works released after this.