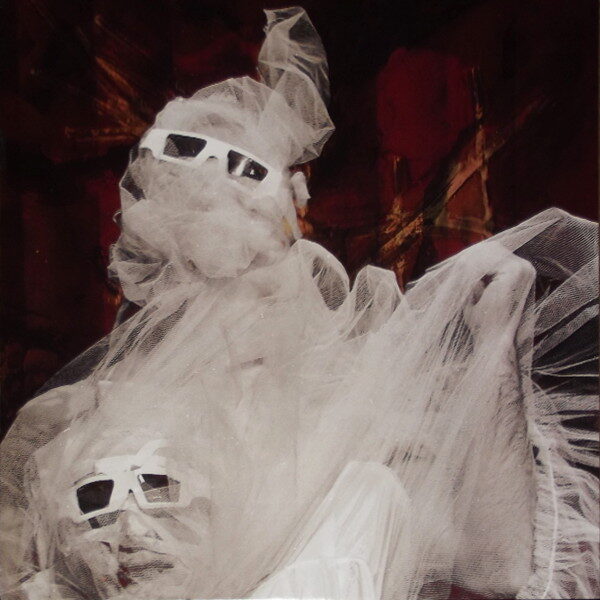 Here’s another LP by the one-off American singer-songwriter Gary Wilson, reissued by Feeding Tube Records; Wilson is notorious for his 1977 LP You Think You Really Know Me, but all I’ve reviewed so far is Forgotten Lovers, a compilation of out-takes and B-sides from roughly the same period. Lisa Wants To Talk To You (FEEDING TUBE RECORDS FTR081) is much later though, originally released in 2008, and once again it’s pretty much a one-man show where Wilson plays and sings everything, apart from some additional piano by Vince Rossi and vocals by Bernadette Allen, who also did the bewildering cover photo. While not as outright obsessive as Forgotten Lovers, Lisa Wants is still a marginal curio that gets under your epidermis in the most insidious of ways. The musical backdrop is still just one step up from karaoke disco, deceptively easy-listening and performed in a slightly “clunky” manner. With just two short instrumentals, the bulk of the album is devoted to Gary’s unsettling crooning, which sits agonisingly just off the note while he affects his finest Tony Bennett bar-room impersonation and somehow stays dressed in his cheap lounge suit perched on the right side of sleaze. The constrained emotion is apparent in almost every sung phrase; it’s as though he’s concealing a world of hurt and pain behind a vacuous, phoney grin.

This LP is, like a bargain-basement version of Lou Reed’s lyrics, populated by girls known only by their first names: Lisa, Mary, Linda, Sandy, Karen, and others, whose names keep appearing and who inhabit both sides of this near-concept LP. Gary Wilson may seem at first glance to be depicting a fantasy world where all these girls are freely available to him, yet in actual fact we seem to have come in near the end of the story, and each song is a snapshot of break-ups, faded dreams, frustrations, broken hearts and disappointments. All the songs are framed within the two-part ‘All Alone in Endicott’ piece, which is an abstract concoction of radio signals and electronic noise, with barely audible voices swirling about; it’s at these points that the raw emotion is clearest, and they tend to cast a pallor on the remainder of the shopping-mall blandness of the album, even suggesting darker possibilities of a stalker who is spying on total strangers, while imagining they’re all in love with him. A very strange record. Released in 2012, we’ve had it since March 2013; sorry for late review. 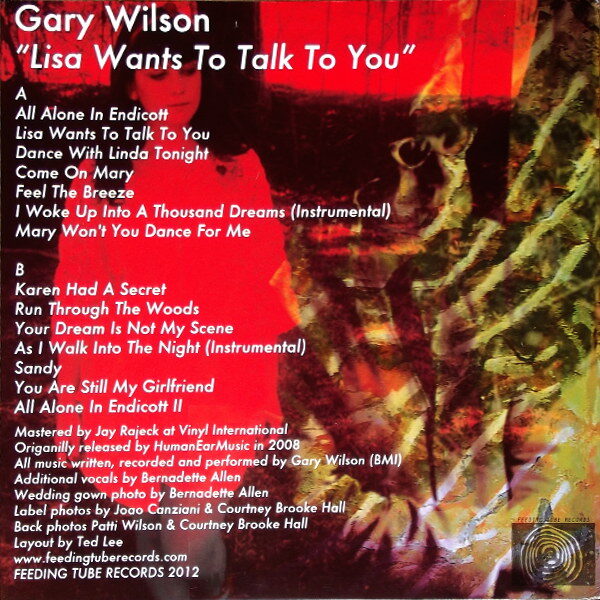