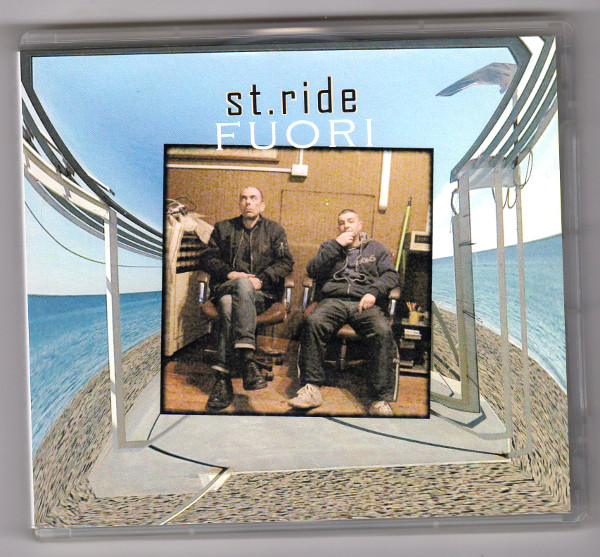 The latest missive from Italian duo st. ride is a double-disc set Fuori 1 (NIENTE RECORDS VOLUME 12), another welcome addition to the opera of these abrasive underground bruitistes. All the “pop songs” are on the first disc, by which I mean songs and tunes of harsh electro-beat whose resemblance to conventional pop song is pretty much zilch. To listen is like being slapped in the face with a pound of stale meat. The synths are mean, loud and nasty, played in a brutally simplistic manner; the beats are hopelessly fractured and deny any possibility of rhythmical enjoyment; and the vocals are angry, depressive, rants (grumbled in Italian, natch) about the futility of everything, intoned in a cynical, world-weary manner. It feels like each song has had the core scooped out of it, leaving behind a husk much like the skin of a crusty avocado. There are few musicians who are able to sustain this “broken” style of playing, once they’ve embarked upon it, yet for the st. ride team it now seems to be second nature. The artwork for this disc comprises a skeletal horned beast, much like a satanic reindeer.

The second disc comes over as somewhat more “experimental”; longer tracks, more sustained synth tones, and generally a sense that the duo intend to give themselves room to explore a good riff in the good old-fashioned Cluster and Eno improvising mode. There’s less of the grim determination to stare down the world, and in this more relaxed mode there are very unusual dynamics and drop-outs, which make for exciting listening. I particularly like the way they refuse to use a programmed sequencer, and instead peck out the notes for a rhythm track using their fingers stabbing directly into the keyboard like ten small stilettos. The sounds they make are still pretty harsh and bad-tempered, but you can feel these two tough guys are making an attempt to sweeten the mood, even if it’s a wrong-headed take on what “ambient” music means. The artwork for this disc uses old engravings of curious flora, perhaps seaweed or other underwater vegetation. Overall, Fuori is a set that gives you “the works”… playing the violent disc one is like being beaten up by a bunch of mean thugs in leather jackets, while on the soothing disc two, same thugs are now bringing you flowers in hospital, still in leather, but now wearing eau de cologne in an attempt to convince you of their sincerity. 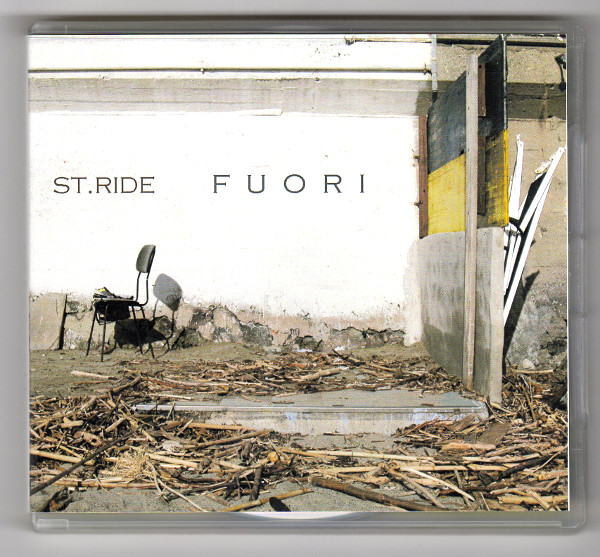