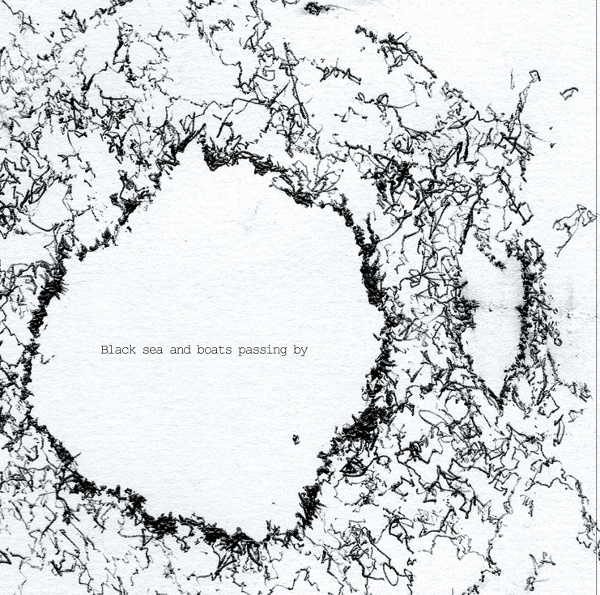 Very attractive piece of enigmatic electronic improvisation on Black Sea And Boats Passing By (EPHRE IMPRINT eph15) by the duo Electric Landscapes of Rebellion. The single 28-minute canvas is divided up into short connected episodes, each passing seamlessly into the next, with occasionally repeated events to give the impression of a pattern. The voice elements in particular serve to anchor the piece in place and weld together the separate pieces of the ship’s hull. In fact I might almost call it a crossword puzzle in sound, awaiting attention by the diligent solver. The duo of Edith Alonso and Antony Maubert (Spain and France, respectively) have a strong rapport and are capable of some very strong dynamics as they play together, leaving space for each other’s explorations, and seeming to do it almost instinctively. The effect they create is unpredictable – now soothing, now somewhat disquieting, but always mysterious and quite beautiful. From March 2014.

The Norwegian combo sPacemonNkey is the team-up of pianist Morten Qvenild and drummer Gard Nilssen, improvising instrumental music on The Karman Line (HUBRO MUSIC HUBROCD2543) that mostly comes across as rather tasteful and subdued lounge music, the melodic piano chords sometimes embellished with electronic effects for additional texture. However, the drummer goes a bit mental on ‘Digital Cigarettes’ and manages to raise a small fire in the Oslo studio where this was recorded, along with the help of guest synth player Jørgen Traeen. ‘Meanwhile in a Galaxy Far Away’ is also a lively jump-fest suggesting a drum and bass party for aliens. The remainder of this wistful album comes across as a poor second cousin to Brian Eno’s Apollo music, reiterating the well-worn theme that “it’s lonely out in space”.

The Swimming City (MAKKUM RECORDS MR.10) serves up ten quirky and restless songs from the pen and voice of Arnold de Boer, performing as Zea. It’s mostly a solo record although there are guest appearances from fellow art-honkers Xavier Charles (clarinet), Oscar Jan Hoogland (piano) and Mats Gustafsson (sax, what else…) on a few tracks. De Boer’s eye is skewed and rotund, and he has a unique line in making unusual observations about modern life in his songs, like for instance ‘Bathroom Gardening’ or I Build My Own Town’, and then he adds extra loon-factor points by crooning them in a rather breathless and urgent manner. He sings almost as if he’s amazed by his own audacity in daring to conceive these eccentric doodles. He has no concern with making these lumpy, ungainly phrases fit smoothly into a nicely-structured verse (Cole Porter is turning in his grave, and he’s a thousand miles away), and I suspect we are invited to enjoy the craggy aural surfaces which result. As to the musical backings, played mostly by Arnold himself, we’ve got similar concerns with angularity and producing slightly uncomfortable sensations, as scratchy guitars or cheap-sounding organs rub up against skittery drum machine beats…but he’s also capable of doing the DIY introvert thing, with lo-fi production, odd sounds and forlorn acoustic guitars, to produce a uniquely Dutch take on Sebadoh or The Supreme Dicks. de Boer is also singer and guitarist in The Ex, a band whose output I’ve never been able to stomach mainly because they all play at once, stomping the stage in blue jeans and Doc Martens, and generating 18 extreme degrees of manic eccentricity. The Swimming City, while it tends to serve up those same qualities, it does so in more manageable doses. From 26 March 2014.